Lara Trump encourages vigilantes to "arm up and get guns" along southern U.S. border 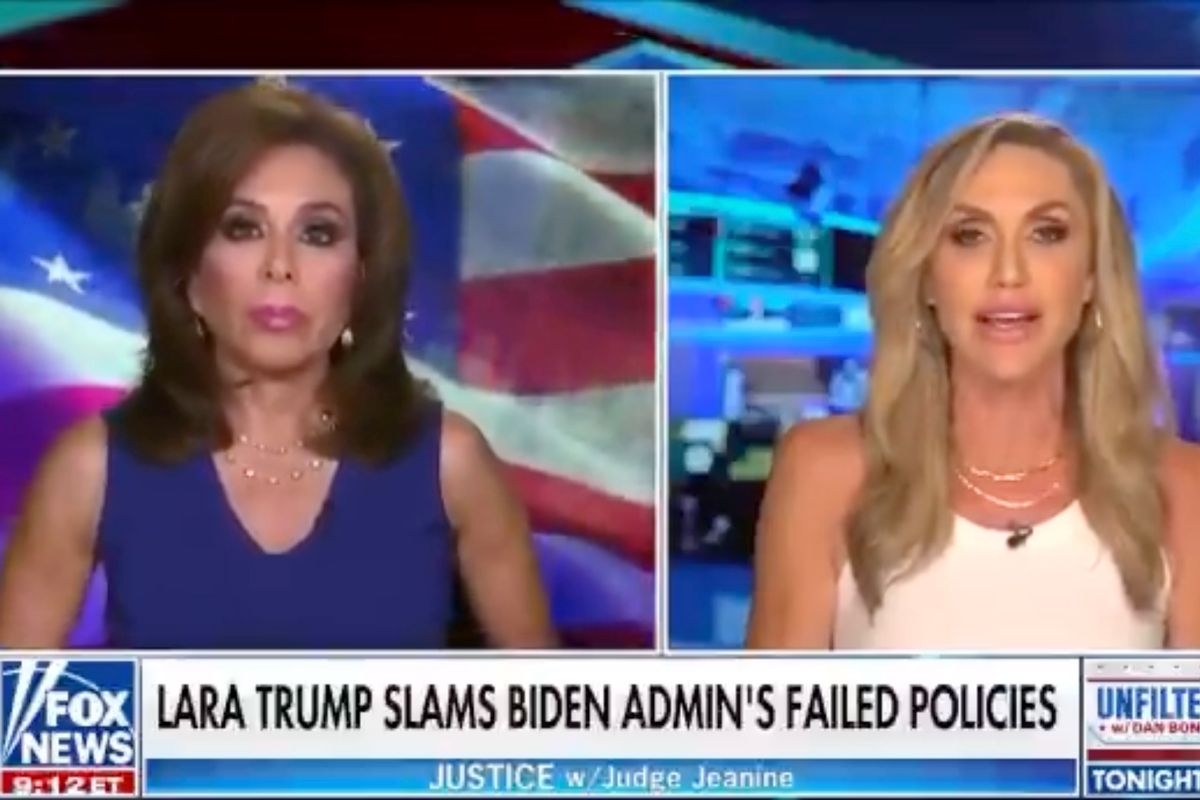 Lara Trump during an interview on Fox News (FOX News)
--

Despite violent rhetoric from her family inciting the January 6th insurrection, Lara Trump suggested vigilante violence against people perceived to be from south of the southern border during a Saturday night appearance with Fox News personality Jeanine Pirro.

The former president's daughter-in-law suggested residents of Texas, New Mexico, Arizona, and California should arm themselves and prepare for violence.

"And I don't know what you tell the people that live at the southern border," she said. "I guess they better arm up and get guns and be ready — and maybe they're going to have to start taking matters into their own hands."

She went on to say people shouldn't not make the "dangerous" journey to America despite the right of asylum being guaranteed by U.S. and international law.