John Oliver says this summer, we're cooking prisoners to death in temps as high as 150 degrees 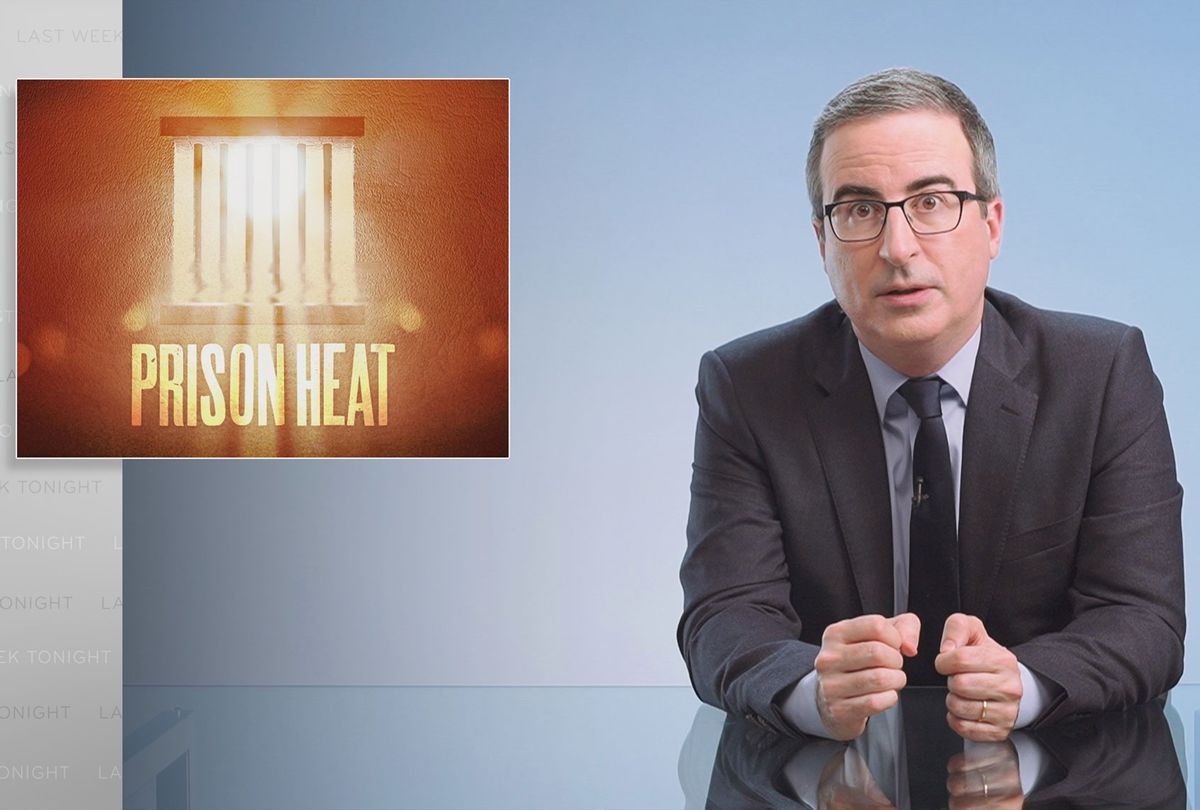 On Sunday's episode of HBO's "Last Week Tonight," host John Oliver seemed chipper about our impending summer, but of course that was a bait and switch to address a serious situation that hasn't been getting enough attention. While those of us who've emerged on the other side of COVID relatively unscathed may look forward to watching a movie in a theater, relaxing on a beach or possibly visiting loved ones, the prospects for prisoners during the summer is much more grim and possibly life-threatening.

In the segment below, Oliver presented the growing issue of overheating prisons across the country this summer – creating potentially fatal conditions – and the absurd lack of compassion officials have demonstrated.

"This is a deadly situation and it's only going to get worse especially as summers are getting hotter and hotter," he said.

According to Oliver, heat stroke injuries and deaths facing prisons isn't just a side effect of summer, but a side effect of policies that do not seem to care at all. Depending on a prisoner's age or physical and mental preexisting conditions, excessive heat could cause additional injury.

While these conditions clearly call for concern, Oliver cites Texas as one of the states where callous apathy, and not ignorance is at fault.  From lawsuits to lies, officials have actively fought initiatives to install air conditioning units for prisoners— instead installing them for prison staff and even prison animal farms.

Yet Oliver's frustration really boils down to one neither groundbreaking or complicated idea: that it is ridiculous how providing livable situations for the incarcerated can still be up for debate.

It's just that simple. Watch the full segment below: