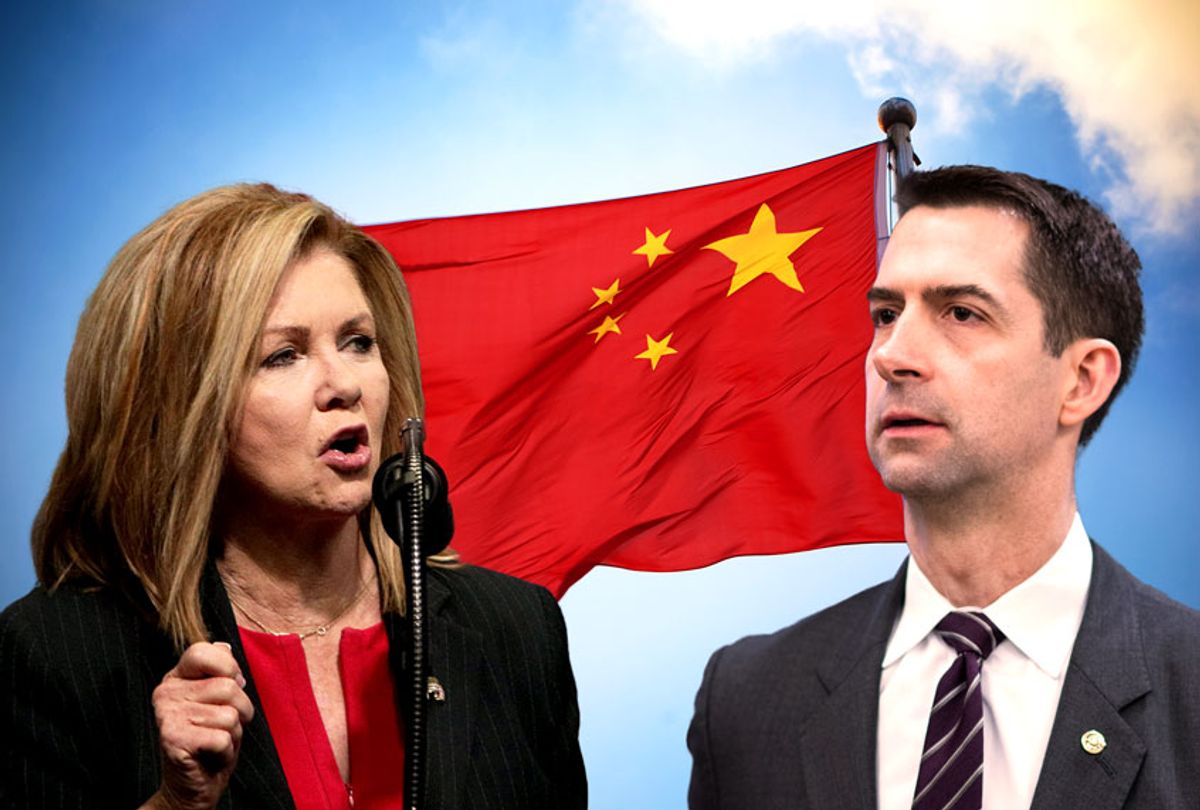 Last month, seemingly spurred on by this column from a controversial former science reporter for The New York Times, it became suddenly fashionable in some journalistic circles to scold the mainstream press for dismissing or ignoring something called the "lab leak theory" regarding the origins of the coronavirus that causes COVID-19. To be sure, the possibility that the coronavirus was released in a lab accident in Wuhan, China, has never been fully discounted by the scientific establishment but long treated as less likely than that it emerged from a purely natural origin. Still, led by Matt Yglesias from his (sigh) Substack blog, a narrative started to form in May that the mainstream media was deliberately ignoring a scientifically valid hypothesis because of a, heaven help us, bias against conservatives. Otherwise reputable opinion writers like Jonathan Chait of New York, eager to demonstrate that they are Not Biased© and Care About Hearing All Sides©, took up the mantle, scolding the mainstream press for supposedly dismissing the "lab leak hypothesis" out of hand, simply because Donald Trump and Sen. Tom Cotton, R-Ark., were fond of it.

As Jon Allsop of Columbia Journalism Review wrote earlier this month, "we've seen a gusher of opinion essays in the same vein, indicting the mainstream press and prominent experts for characterizing a plausible hypothesis as a conspiracy theory for essentially political reasons." This, in turn, resulted in a slew "of news articles asserting that the lab-leak theory has 'gone mainstream,' and is getting a 'second look.'" Here at Salon, we addressed the sudden surge of interest in this theory by highlighting the basic reality: Scientists do not think it's likely, plus there is no new evidence that would suggest that it's become any more likely than it was before the pearl-clutching about "bias" began. Soon, however, President Joe Biden gave in to the pressure and ordered an intelligence investigation into the theory.

The problem with all this moralizing about "bias," however, is that the original reason that the media wasn't doing more to hype the "lab leak" hypothesis had little to do with politics and everything to do with science. As science educator Rebecca Watson explained in a video responding to the controversy last week, "There is currently no evidence that COVID-19 originated in a lab. None." And, as Justin Ling of Foreign Policy argued Tuesday, "Despite proclamations to the contrary, there has been scant new, hard evidence pointing to the lab leak theory," and, in fact, the hype around the idea is literally "just speculation."

Indeed, the finger-waggers had it backwards. The media isn't biased against the right but biased in favor of the right.

If it weren't for conservative pressure, there would probably be no substantive media interest the "lab leak" hypothesis. Typically, news outlets are loathed to publish speculation that emerges from fringe conspiracy theory boards that have offered little in the way of real evidence for their claims. But when the conspiracy theorists are politically motivated right-wingers, they tend to get more of a media hearing than say, Bigfoot enthusiasts.

Wednesday morning, the "why won't the media do more to indulge this evidence-free right-wing speculation" crowd got egg on their face with a new report from the Washington Post that wreaked havoc on claims that the "lab leak hypothesis" failed to get a fair hearing. On the contrary, there has been "an ongoing, sometimes politicized and so far fruitless effort inside the U.S. government to determine whether the virus, SARS-CoV-2, could be the result of engineering or a lab leak."

The report documents an extensive hunt for evidence of the "lab leak" theory throughout the federal government. Much of it driven by Donald Trump's desire to blame someone else, ideally China, to divert attention from his own failures. But more responsible actors in the federal government, including prominent health officials like Director of the National Institutes of Health Francis Collins and Director of the National Institute of Allergy and Infectious Diseases Anthony Fauci also gave the "lab leak" hypothesis a good deal of time and attention. But while the White House was heavily pressuring every bureaucrat in sight to give them something, anything, they could use to push this "lab leak" hypothesis, the evidence simply wasn't there.

The report doesn't completely rule out the possibility of a lab leak, to be clear. But it is a reminder that it was incredibly irresponsible of mainstream media to hype an unevidenced theory simply to prove they aren't "biased" towards Republican actors like Cotton, Trump, and former Secretary of State Mike Pompeo, people who have proven time and again that they will lie through their teeth for political gain.

The people with unsavory political motivations in this situation are not journalists who hesitated to run stories about a theory that has no real evidence to support it. It's Trump and his Republican enablers who, as Lindsay Beyerstein of Alternet explains, feel that if they "can convince his supporters that COVID is China's fault, they'll forget the parts that were his fault."

Attention journalists: The way to avoid political bias in media is to, well, avoid political bias. Which means avoiding giving life to poorly evidenced ideas, simply because they're being hyped by the right. What happened instead is that the press gave into right-wing bullying. In doing so, the press ignored the usual journalistic standards for weighing facts and evidence. Now it's likely most Americans have heard more about lab leaks than they have about the far more plausible theory that the coronavirus pandemic emerged from nature.

To make it all worse, the hyping of the "lab leak" hypothesis meant politely ignoring the fact that Trump, Cotton, and Pompeo were winking at an even less plausible conspiracy theory that holds that China deliberately manufactured the coronavirus as a bioweapon. People who have heard this bioweapon conspiracy theory and see headlines or cable news chryons touting the "lab leak" theory will assume that's what is being discussed, and assume that it's now been proved. And once that kind of misinformation is out there, it's pretty hard to claw it back.

A lot of critics who accused the media of ignoring the "lab leak" hypothesis claim to be interested in putting facts before political bias. They worry that mainstream journalists are disregarding good information simply because the sources are conservative or even because they have a history of lying. (As if credibility isn't an important consideration in sourcing information!)

But what this debacle shows is that the mainstream media has the opposite problem. They all too often give in to Republican bullying and allow themselves to be used as conduits for right-wing disinformation campaigns. Yes, prioritizing truth over politics often leads to news stories that have a "liberal" feel to them. That's because the American right is wholly committed to lying and disinformation. But journalism should put reality before the tender feelings of lying right-wingers. Especially when it comes to scientific disputes where we all supposedly agree it would be better if politics were kept out of it.