Robert Reich on the truth about the U.S. border-industrial complex 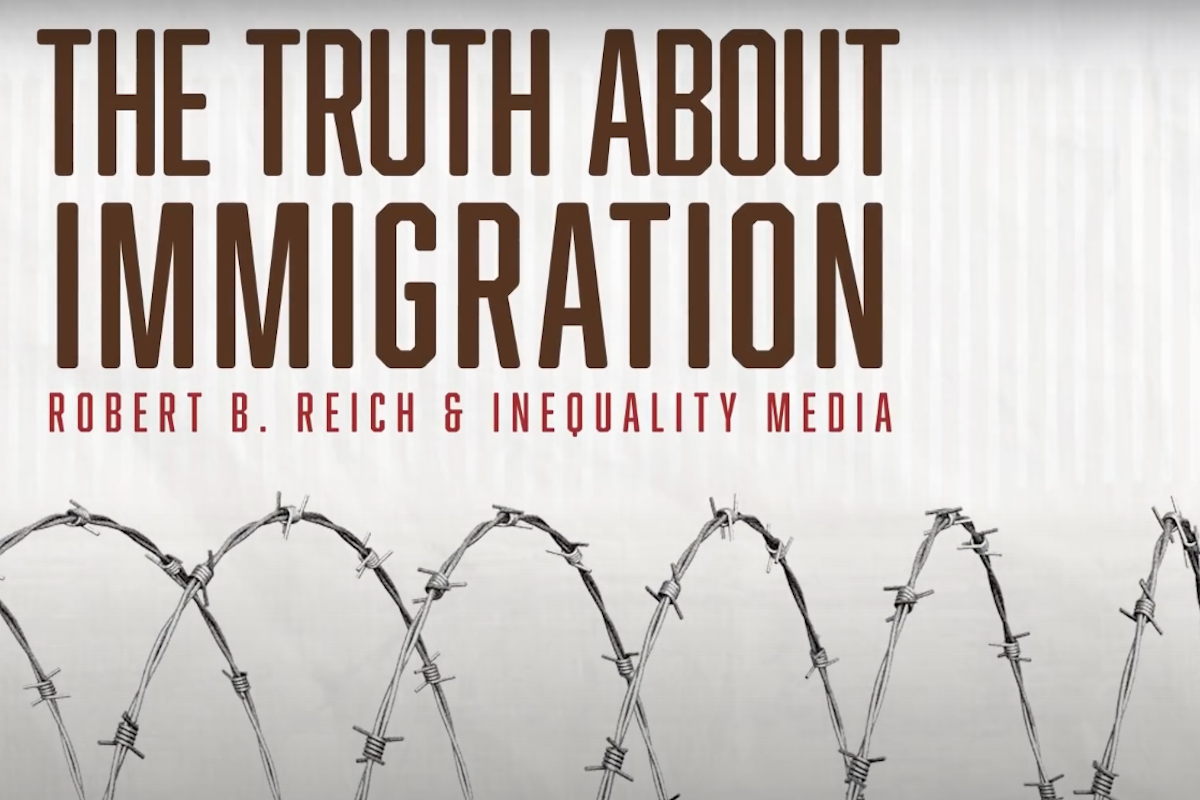 Inequality, corruption, poverty, climate change, and violence are driving migrants to our border.  Much of this is tied to U.S. support for authoritarian regimes, right-wing paramilitary groups, and corporate interests in Latin America.

Some politicians want you to believe the way to address this is to double down on border security and build walls. This has been attempted and failed every time.

The true beneficiaries have been the corporations who profited from the militarization of the border. Between 2008 and 2020, the federal government doled out an astounding $55 billion in contracts and immigration enforcement budgets have increased by more than 6,000% since 1980.

So what can we do? Acknowledge the role U.S. policies have played, build a positive relationship with our neighbors, ensure that aid doesn't benefit transnational corporations and local oligarchs, support local activists, reverse the militarization of borders, expand legal avenues of immigration, and help build a system that respects human rights.