The curious science of liposuction: Why, exactly, can't doctors just remove all of my fat?

Everything you know about fat cells is wrong: the way fat works in the body is way weirder than most think 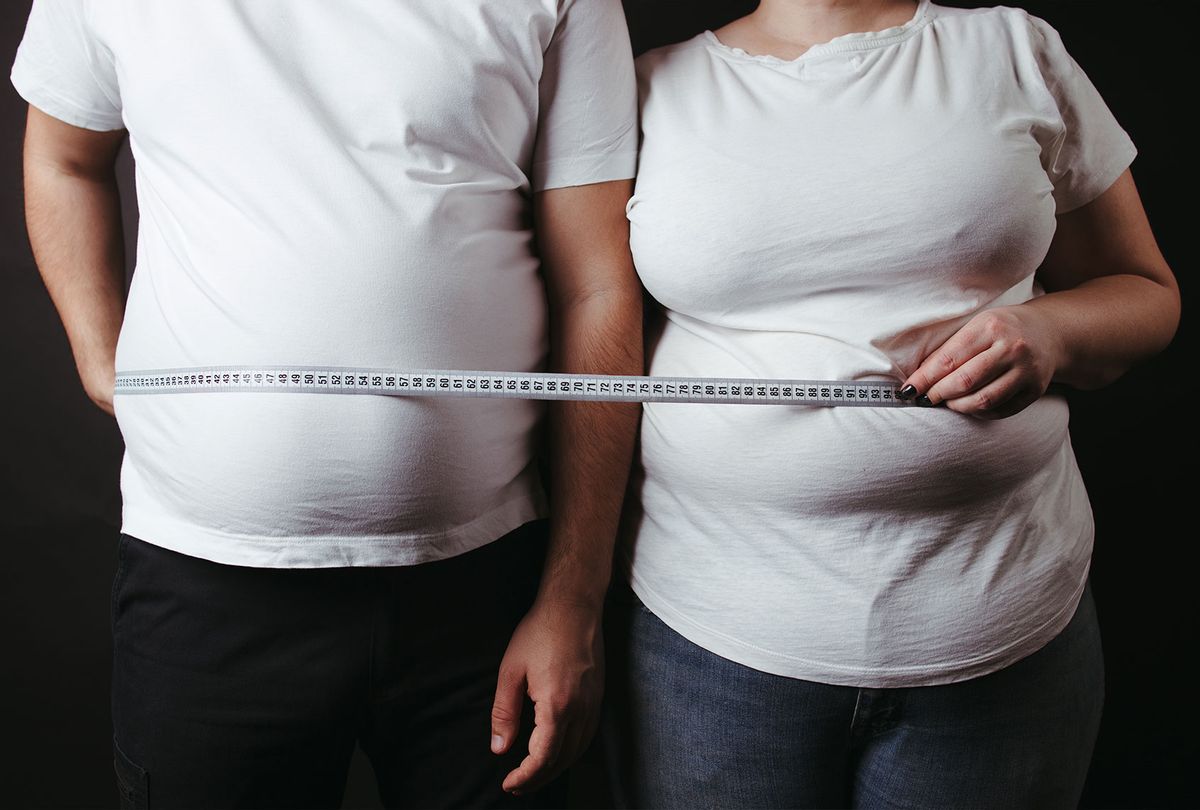 "Tina," a 36-year-old Pennsylvania woman, didn't want her real name used for this story — but not because she had anything she should feel ashamed of. Tina has not committed a crime, hurt a soul or been convicted of anything. Her desire to remain anonymous stems, simply, from the fact that she gained weight.

Speaking with Salon, the clerk with raven-black hair, twinkling brown eyes and a warm smile said that she knows her self-esteem issues are caused by society's toxic body image standards and do not reflect any objective notion of beauty. That knowledge, unfortunately, doesn't make the toxic standards hurt any less. Tina ruefully doubts that she'll ever again be able to fit into her favorite 2000s-era clothes: tied-up belly shirts, corset tops, low-waisted gypsy skirts and blouses. Medically she is classified as obese, with much of the excess weight accumulating on her once-flat midriff. Despite multiple dieting and exercise campaigns, the belly fat stubbornly refuses to go away. Tina hopes that it may shrink some day, but despairs of ever being entirely rid of it — and admits that she wishes modern medicine could literally suck the fat cells out of her.

"I admit this as a truth," she explained. "I suck in my belly in the mirror and think to myself how much more attractive I'd feel without the gut. I wish I could do the liposuction and tummy tuck."

Tina still feels that her face is beautiful, but struggles to feel sexy shopping for clothes, and is hesitant to share pictures that show her body. Like many people who struggle with obesity, she blames herself for poor dietary choices: when it comes to foods like burgers and fries, for instance, she simply can't resist. Tina also has had two children and endometriosis surgery, which have stretched out her stomach, and between that and now being obese she doubts whether her "willpower is up to the challenge of significant weight loss." It seems, for all intents and purposes, that she has accepted that because she struggles to diet and exercise — and can't afford certain types of surgeries, like tummy tucks — she will never return to her size from the early 2000s.

In movies, books and soap operas, liposuctions are often depicted as transformative; a patient enters obese, and leaves the surgeon looking slim. That trope, as it turns out, is another instance of fiction misinforming us about medicine. Doctors cannot simply remove all the fat cells from our bodies, whether through liposuction or through other procedures. As an overweight person, learning this was disheartening, as perhaps it was for others in similar situations.

But why is this the case?

First, liposuction is a bad idea for patients who are severely obese for a number of reasons, according to Dr. Umbareen Mahmood, a board certified plastic surgeon in New York City who performs liposuction surgeries daily and treats many bariatric patients. For one thing, the ideal candidate has to be less than 30% above their ideal weight and have good skin elasticity, so that the liposuction will make a noticeable difference and won't cause excessive loose skin. In addition, people who are obese have an increased risk of wounds, healing complications and clots in the legs.

Then, there is the fact that you can only remove a small amount of fat at one time.

"We can only remove approximately 5 liters of fat safely at each liposuction surgery," Mahmood explained. "This is because large volume liposuction beyond this results in internal fluid shifts and can cause serious issues with blood pressure and blood flow."

It helps to remember that fat is not just some gelatinous substance that sticks to our ribs and can be scraped off like butter sliding off toast. It is an organ, like any other part of the body, and removing it comes with considerable risks.

"Fat is not an inert substance, like little adipose cell suitcases, as if it's luggage we just carry around," Dr. K.L. Ong, a fellow of the Royal College of Surgeons of Edinburgh, told Salon by email. "Science used to kind of believe that, but that's been better understood for a long time now. Adipose cells do all kinds of things, as other organs do, and they also 'hold' all kinds of things in addition to fatty acids. Adipose tissue or 'fat' is a distributed organ-like skin."

Ong added, "Skin is also an organ, and both can be removed in a small part. But if in large part, the person would likely die from physical shock."

There is simply no getting around the fact that fat contains many important things our bodies need: "Even in the most near-the-skin subcutaneous adipose tissue, it is woven with millions of blood vessels, lymph vessels, protein-fibrous supporting tissue, and nerves. You can attempt to remove the adipose tissue, but in doing so, you take a ton of other tissue with it," Ong said.

What this means, however, is that there is considerable evidence that the traditional scientific mantra of "dieting and exercising will help you lose weight" simply is not true. The factors that cause a person to become obese are complicated, ranging from the microbes in your gut to the quirks in your DNA. The vast majority of people who pass a certain threshold when it comes to being overweight will never return to their previous weight, or if they do will not able to sustain that loss: As of 2015 the odds of that happening in a given year were 1 in 210 for an obese man, 1 in 124 for an obese woman. Their body chemistry changes to actively resist shedding the extra fat, believing that it must do so to survive.

Thus, while America's diet and self-help industry insists that losing weight is all a matter of self-control, the accountability fetish is not supported by the science.

"It has very little to do with will power," Dr. Nicole Avena, an assistant professor of neuroscience at Mount Sinai Medical School and a visiting professor of health psychology at Princeton University, told Salon in December. Neuroscientific research has proved that "many foods are being found to be able to produce a state in the brain that is very similar to what you would see with an addiction to something like drugs or alcohol. And so our primitive brain is being activated by many of these processed foods that are on the market that many people enjoy and indulge in."

The permanent weight loss numbers do improve somewhat for patients who have had bariatric surgery — procedures that cut into your digestive tract to help you lose weight — but they come with risks of complications like intestinal blockages and long-term malnutrition. There is also a paucity of data on the long-term ramifications of many bariatric procedures, as they are relatively new, and there is evidence that psychological issues can arise after the surgeries.

This creates a conundrum for people who want to be honest about weight loss prospects. It is perhaps upsetting to admit that it may not be possible for some people, and they should learn to love their bodies (which is true of everyone). At the same time, it is morally tenuous to insist that the millions who suffer from obesity are simply flawed characters, when the science strongly suggests that there is simply a lot we don't yet know about obesity.

As for Tina, the pseudonym of the Pennsylvania clerk? Deep down she understands, intellectually, that the circumference of her waistline does not make her better or worse, prettier or uglier, more or less successful or worthy of admiration. She also feels blessed to be surrounded by people who make it clear that they regard her as beautiful.

She still struggles with her size, though.

"I know I'm not what I could be if I was skinnier," she told Salon. "I'd have an easier time feeling confident. Somedays I feel so good, then look in the mirror and that changes right away. Then I have to return to my... positive affirmations."