American workers are refusing to take bad jobs — and that's good for everyone, economists say

Some workers learned to stand up for themselves a bit more during, and due to, the pandemic 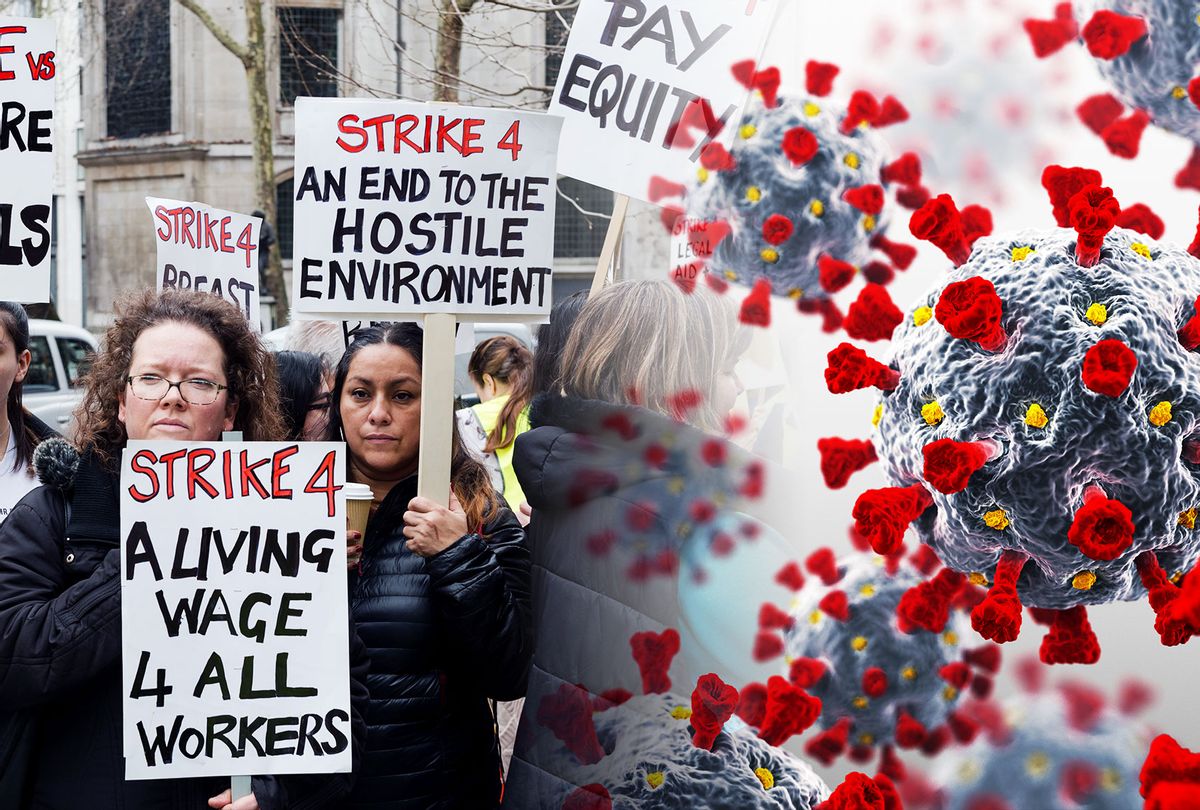 One of the first things President Joe Biden did after taking office was issue an executive order that defined when someone could decline a job opportunity and still continue to receive unemployment benefits. As his predecessor, Donald Trump, had not established a federal standard as to when states should protect citizens who refuse to work in unsafe conditions, Biden moved to fill the void.

The move was timely. After all, news reports are full stories of workers hesitant to move back to jobs that pay them less than what they earned from COVID-19 relief benefits; some are hesitant to face employers who might put them in physically unsafe conditions. Many media pundits, particularly on the right, saw this as an opportunity to scold such workers by seizing on a common assumption in capitalist societies: if you are offered a job and refuse to take one, you must be lazy.

Yet the reality is that workers in the COVID-19 era aren't growing lazy. They're growing empowered.

Take Blake Baxendell. Two months ago he mustered up the courage to leave a work environment he described as "toxic." The workplace atmosphere fostered an "unhealthy culture" which preceded the COVID-19 pandemic but was aggravated by it.

"When the stay-at-home orders were put in place, our boss found a loophole to deem us essential when we were not," Baxendell told Salon by email. "The company was small and only had about 12 employees, 6 per location. This created anger among the employees as we felt that our health did not matter. No one understood why we had to come into the office and risk our health."

The boss also refused to follow guidelines from the Centers for Disease Control (CDC) and, as a result, Baxendell heard that he had been in close contact with an employee who had tested positive. Because Baxendell has an auto-immune disease, he left for the day and got a test, which thankfully came back negative.

"My boss would later make fun of me or anyone else who felt unsafe," Baxendell said. "Eventually the entire company I worked for left. I would say COVID played a role in it, but the bigger issue was the unethical behavior coming from the leadership. This last job gave me the courage to finally do what I never thought I could do and that was to start my own company. After the experience I had with this past employer, I plan to only work for myself."

Not all of the newly empowered COVID-era workers are employees. Some are self-employed, like Dan Chan, a magician.

"I had to give up weekends because I'm an entertainer," Chan wrote to Salon, explaining that he felt at the mercy of his clients and suffered socially as a result.

"Before the pandemic, no one would even think of hiring a magician over Zoom — honestly even magicians didn't think performing over Zoom would work," Chan explained. "Magicians were all out of work and had absolutely nothing to do. At the same time corporations [that], out of necessity, needed to spice things up in their Zoom meetings took a small risk." In other words, his clientele expanded to include "virtual" magic.

"Some magicians began to realize that in many ways the virtual medium had its advantages and I was one of the pioneers who leaned into it," Chan says. He compared it to street performing or shows in the Wild West: "We'd give out free samples to anyone who'd be willing to watch."

Vanessa Rodriguez, who now works as a content writer, left her job as a medical sales representative because the pandemic helped her realize that it was taking too much out of other important areas of her life.

"The job entailed a lot of traveling and people-pleasing," Rodriguez told Salon by email. "As a result, I was away from home a lot of times, and had to pull in late nights. As the pandemic hit, I got to work from home (a completely different industry) and I realized just how much I was missing out on — work flexibility, work-life balance, not having to act all bright and cheery even if I was not feeling it, and not having to dress up."

Far from being something that federal and state governments should worry about, economists Salon spoke with say workers demanding decent treatment as a precondition to actually working is a positive social and economic development. There are multiple reasons for this; one of them is that it challenges a toxic notion about what it takes to get people to work, according to Richard Wolff, professor emeritus of Economics at the University of Massachusetts–Amherst.

"There are lots of ways of getting people to work, if that's what you want to do, and forcing them to do it by saying that 'we will punish you' is not," Wolff explained. "There are better ways. Maybe the problem isn't that the person is amiss, but that what you're asking them to do is a bad fit with who they are."

Karl Widerquist, an American political philosopher and economist at Georgetown University's Qatar campus, told Salon that an environment in which employers feel compelled to pay their workers more and provide them with a healthy work environment ultimately benefits everyone. Universal basic income programs — or those that guarantee everyone the minimum amount of money that they'll need to survive — can, in the long term, give citizens the ability to choose the right kind of work and help businesses find the best employees.

"You get healthier communities and healthier jobs, and basic income can help give the workers leverage to change the going wage," Widerquist told Salon. "Firms still maximize their profits, but with all of them paying higher wages, the market adjusts and that becomes normal."

Stephen Nuñez, a lead researcher on guaranteed income at the Jain Family Institute, did not feel that the temporary basic income provided by COVID-19 relief packages were disincentivizing work. Even if that trend does exist (and Nuñez said the data is incomplete), there are a number of possible explanations. For one thing, most people know that the current benefits are not permanent, so it would seem illogical for them to make long-term decisions based on them.

There are also still COVID-19 impediments to working.

"Because we're in the middle of a public health emergency, things like childcare and transportation and so forth are not back to normal yet," Nuñez explained. "It makes it very difficult for people to actually get to work." He also noted that, because people have been able to spend money with stimulus checks, the demand side of the economy may be so strong that employers want to hire even though employees cannot work.

"They want to hire maybe more quickly than people are willing or able based off of health conditions and based off of things like childcare and other supportive services," Nuñez told Salon.

To this, the classic conservative reply is that if we do not have everyone working in society, our civilization will collapse. Laziness is, this thinking goes, inherently evil. But at least part of that assumption is not really accurate.

"In most modern societies, roughly half of the people are in any real sense workers," Wolff explained. "Long ago we became societies in which a huge number, often exceeding half, live off the surplus produced by the other half or whatever the proportions happen to be. The real issue in this society is not having everybody work, because that's never been the case and it hasn't been the case in modern society for centuries, but who amongst us is going to do the work and what exactly is going to be demanded of the people who don't do the work." For example, it is generally accepted for young students and the retired elderly to not work.

"We have the notion that we have to be somehow draconian in our society, because everybody has to work, as if there is really nothing but work to be done and anyone who is an adult and isn't 'working' is somehow a derelict," Wolff told Salon. "That's kind of silly."