Kevin McCarthy met with officer injured on Jan. 6 — and it didn't end well

When asked how the meeting went after leaving McCarthy's office, the officer replied, "I need a drink" 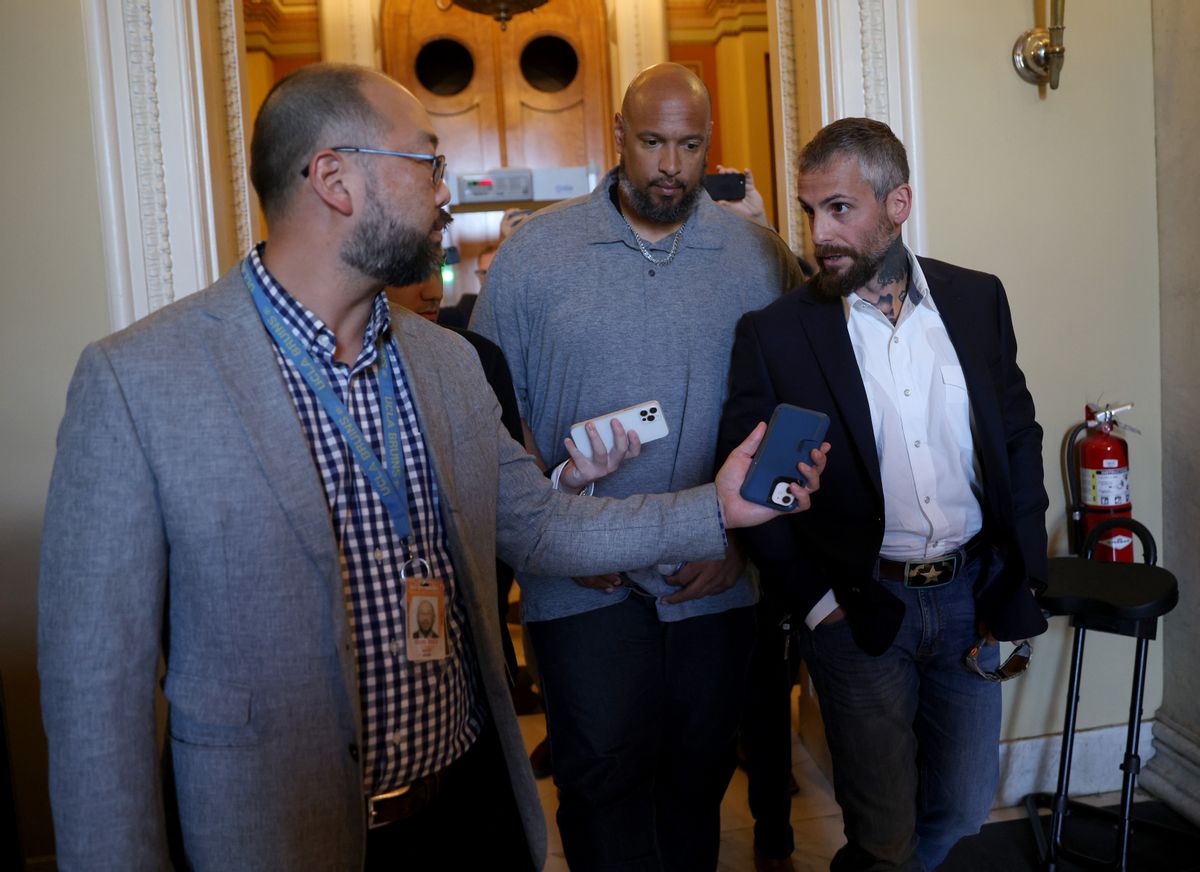 House Minority Leader Kevin McCarthy (R-CA) finally met with a police officer who is still out on medical leave after being brutally attacked during Donald Trump's January 6th insurrection.

"I asked him specifically for a commitment to denounce that publicly. And he said that he would address it at a personal level, with some of those members. But again, I think that as a leader of the House Republican, or I'm sorry, as the leader of the House Republican Party, it's important to hear those denouncements publicly," DC Metropolitan Police Officer Michael Fanone said.

When asked how the meeting went after leaving McCarthy's office, Fanone replied, "I need a drink."