Over 90% of Western U.S. gripped by drought during unprecedented heat wave

"The West has never seen a drought like this, especially so early in the dry season. We are in a climate emergency. 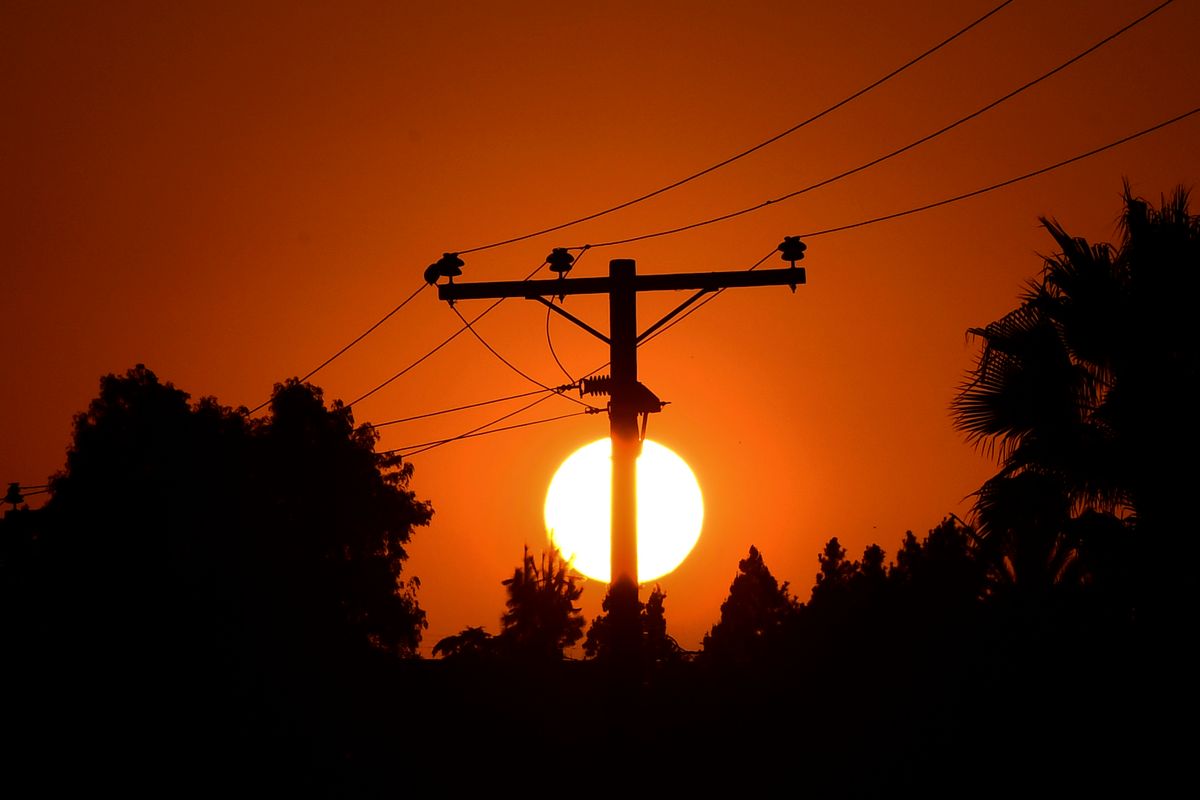 Over 90% of the U.S. West is currently experiencing drought, federal authorities said Thursday, amid warnings of "unprecedented and dangerous heat" heading to the Pacific Northwest and fresh declarations that  humanity is in the midst of a climate emergency.

According to the latest U.S. Drought Monitor, nearly 91% of the western region is in some level of drought, affecting over 58 million people. That includes nearly 56% of the region being in "extreme" or "exceptional" drought, the monitor's most severe classifications.

"The West has never seen a drought like this, especially so early in the dry season," tweeted meteorologist and author Eric Holthaus, sharing a post from climate journalist Brian Kahn. "We are in a climate emergency."

The monitor described a worsening crisis:

The drought situation in the western United States continued to worsen after another mostly hot and dry week. A few areas of drought in south-central and southeast New Mexico saw some slight improvement due to effects from several rain and thunderstorm events in the last month. Unfortunately, widespread severe or worse drought continued in New Mexico, and conditions remained the same or worsened elsewhere. Increases in moderate, severe, extreme (and in a few cases, exceptional) drought coverage occurred in Colorado, Wyoming, Utah, and Montana. Severe drought also expanded in western Idaho. Wildfires and increasing wildfire danger, water restrictions, and damage to agriculture are very common across the West region.

"As far as drought goes, this is the big one, especially if we are talking about the broader drought across the whole Southwest," Daniel Swain, a climate scientist at the University of California Los Angeles, told Bloomberg. "By a lot of metrics, it is the most severe drought on record."

The parched conditions come alongside the National Weather Service's Friday warning of "a dangerous heatwave with record breaking temperatures" projected for the Pacific Northwest and into southern California this weekend and into next week.

Temperatures could "soar well into record-breaking territory," the agency said, with Washington and Oregon expected to see temperatures in the 90s and triple digits—20 to 30 degrees above average. Human health will be at risk, the service said:

Starting on Saturday, several high temperature records should fall throughout the Northwest, with monthly and even all-time records in jeopardy by Sunday and Monday. Excessive Heat Warnings have been issued for nearly all of Washington and Oregon, as well as much of Idaho and northern California. Heat of this magnitude can be extremely dangerous if proper precautions aren't taken. Residents are urged to stay hydrated, avoid extended amounts of time outdoors, and stay in air-conditioned rooms. Nighttime temperatures are only expected to briefly cool into the 70s throughout the lower elevations, which can significantly increase the threat for heat related illnesses.

The National Interagency Fire Center says there are 54 large fires currently burning, and has moved the fire preparedness level to 4 out of 5, the second earliest the level has increased to 4 since 1990.