"A whole bunch of hooey": Obama calls out Trump for "de-legitimizing" democracy with election lies 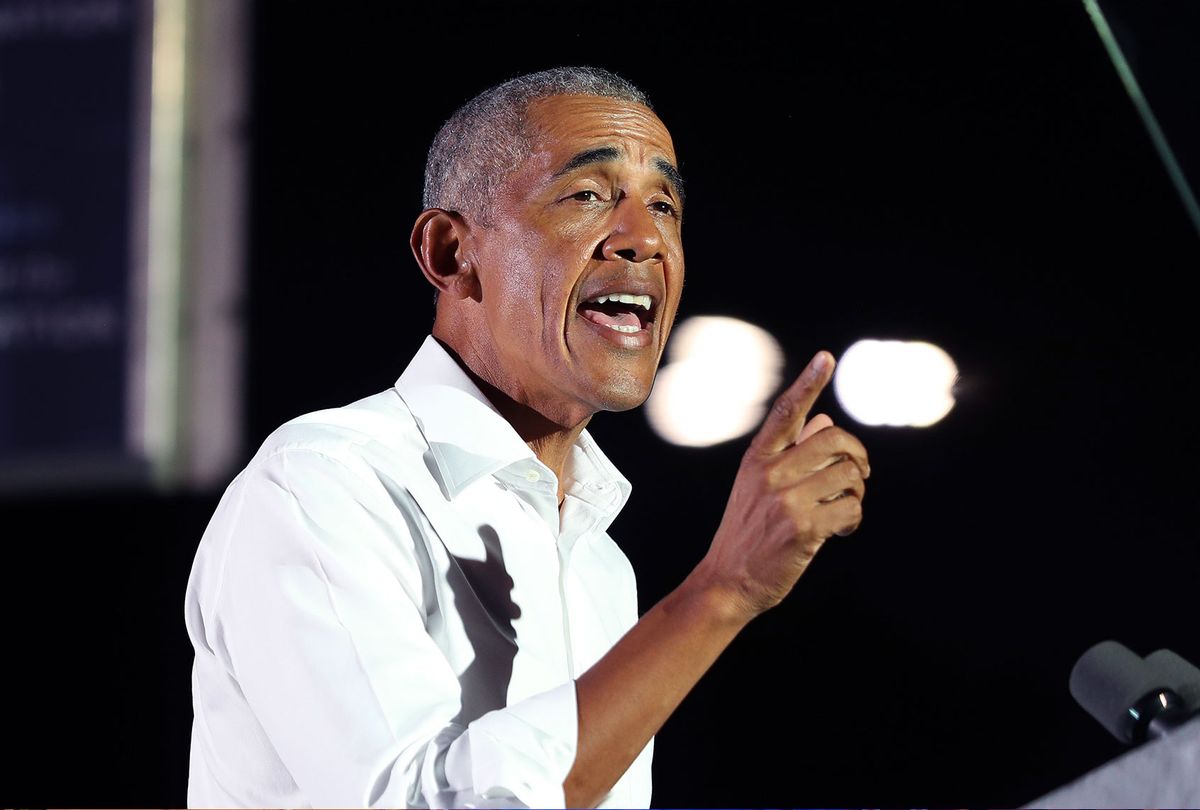 When it comes to former President Donald Trump, Barack Obama is an outspoken critic. And when Obama spoke out during a Democratic online fundraiser on Monday, June 28, he slammed Trump for refusing to respect the United States' peaceful transition of presidential power and continuing to push lies about the 2020 election.

The Guardian reports that Barack Obama said Trump violated a "core tenet" of democracy when he refused to accept the results of the 2020 election and acknowledge now-President Joe Biden as the winner.

Obama said, "What we saw was my successor, the former president, violate that core tenet that you count the votes and then declare a winner — and fabricate and make up a whole bunch of hooey."

Obama's statement, the Guardian notes, follows the publication in The Atlantic of a series of bombshell interviews with former U.S. Attorney General William Barr, who described Trump's claims that he was the victim of widespread voter fraud in 2020 as "bullsh*t." Barr was one of Trump's most aggressive defenders and loyalists, but when he spoke to The Atlantic's Jonathan D. Karl, he made it abundantly clear that Biden won the 2020 election fair and square.

In 2021, Republican-controlled state legislatures all over the U.S. have been pushing voter suppression bills. And Obama not only has a problem with the fact that the bills are designed to make it harder to vote, he also fears that some of the bills could inspire Republicans to simply reject any election results that they don't like. Obama fears out that in Pennsylvania, for example, Republicans in the state legislature may, at some point in the future, refuse to accept votes in Democrat-dominated Philadelphia in a statewide race. Philly is dominated by Democrats and hasn't had a Republican mayor since the early 1950s, whereas Central Pennsylvania — which Pennsylvanians jokingly refer to as "Pennsyltucky" — is much more GOP-friendly. Veteran Democratic strategist James Carville famously described Central Pennsylvania as the "Alabama" between Philly and Pittsburgh.

Obama, during that June 28 fundraiser, said, "What's been called 'the Big Lie' suddenly gains momentum . . . Here's the bottom line: If we don't stop these kinds of efforts now, what we are going to see is more and more contested elections . . . We are going to see a further de-legitimizing of our democracy . . . (and) breakdown of the basic agreement that has held this magnificent democratic experiment together all these years."