White nationalist Nick Fuentes praises Jan. 6 to followers, adding, "Trump was awesome because he was racist" 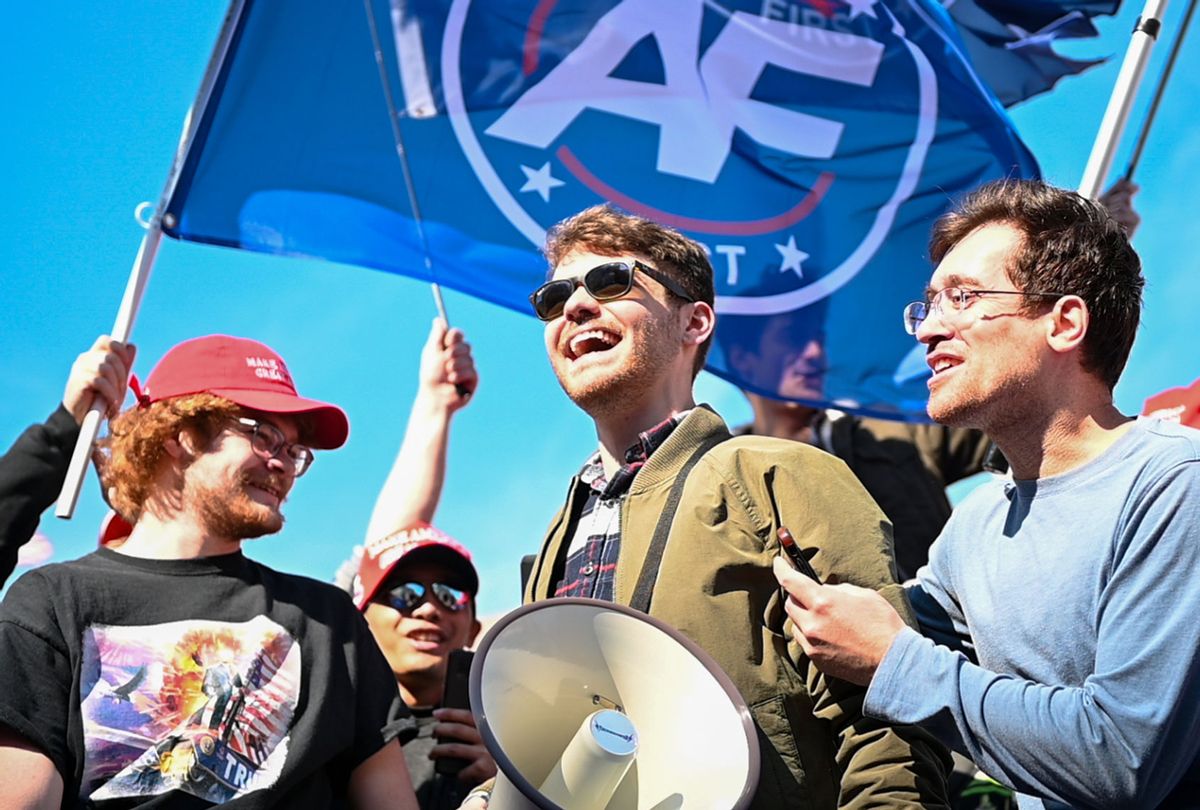 With hundreds of felony criminal cases pending against Trump supporters who stormed the U.S. Capitol on Jan. 6, you might assume most organizers of that day's events would express regret for what transpired, or perhaps simply stay silent. Instead two people in leadership roles on Jan. 6 have since struck a different tune, calling the riot "awesome" and floating the idea that it might have to happen again — perhaps bigger the second time.

"Stop the Steal" leader Ali Alexander, along with white nationalist Nicholas Fuentes, leader of the far-right "groyper army," have emerged from the aftermath of the Capitol riot unfazed, and with larger audiences than ever.

On Friday evening, with his longtime friend and fellow white nationalist Tim Gionet (aka Baked Alaska) facing felony charges over breaching the Capitol building, Fuentes said how pleased he was the events of Jan. 6.

"But the rest was awesome. And people have got to get racist," he added.

Since the Capitol riot, Alexander has kept a low profile, speaking to his most loyal followers through the encrypted messaging service Telegram. From behind a screen, Alexander has called for his followers to "bully" government employees and hinted at possible further "revolutions."

While neither Alexander nor Fuentes entered the Capitol on Jan. 6, both played significant roles in inspiring their followers to storm the halls of Congress. Neither of them returned Salon requests for comment for this story.

According to a new report from ProPublica published last weekend, Alexander saw Fuentes as a vital ally in drawing large numbers of fanatical Trump supporters to Washington — which left a bitter taste in the mouths of some fellow right-wing activists, given Fuentes' overtly bigoted views:

Alexander's willingness to work with such people sparked conflict even within his inner circle.

Alexander saw more people and more power. He wrote that Fuentes was "very valuable" at "putting bodies in places," and that both [far-right radio host Alex] Jones and Fuentes were "willing to push bodies … where we point."