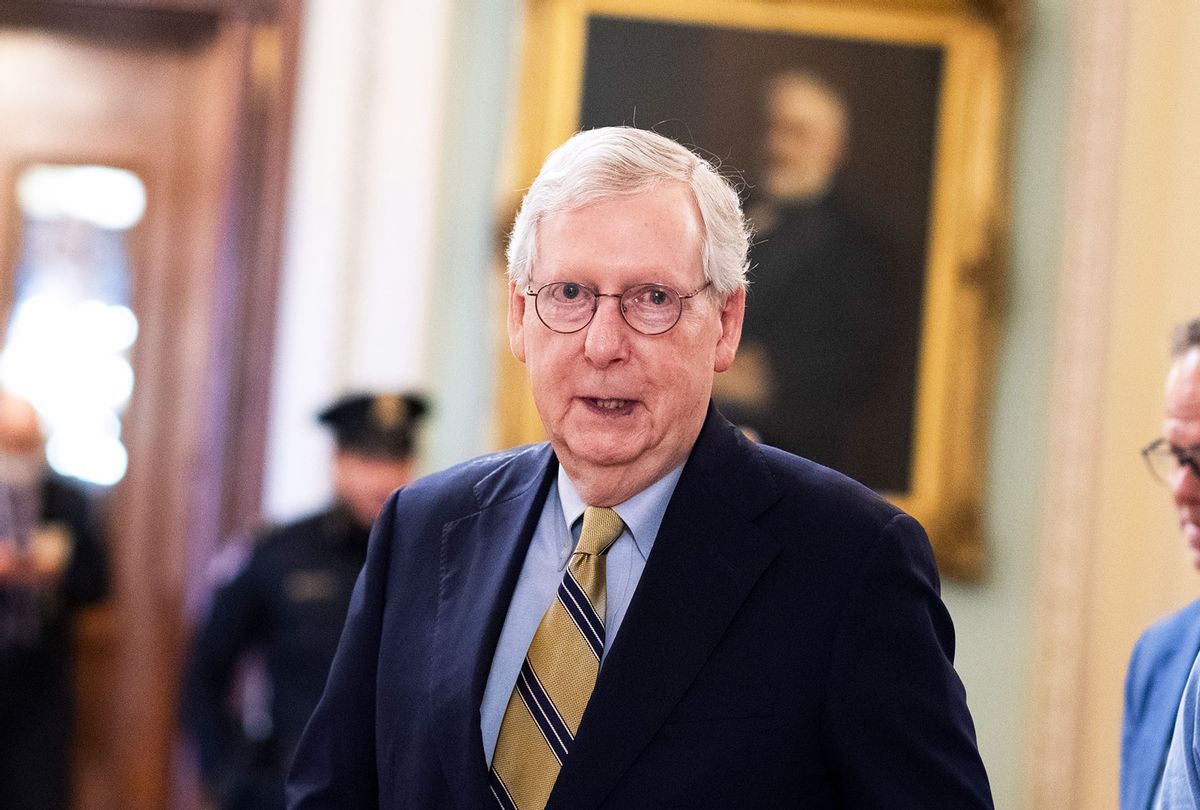 A key part of defeating a political opponent is understanding them, and bearing that in mind, one Atlantic article that a lot of Democratic strategists are no doubt reading this week is Peter Nicholas' interview with Senate Minority Leader Mitch McConnell. Nicholas' article, published July 6, sheds light on what makes the hard-right, fiercely partisan Republican tick at 79.

Nicholas explains, "I'd asked for the interview but was somewhat surprised it happened. Page 1 of McConnell's memoir lays out his unsentimental view of the news media: 'I only talk to the press if it's to my advantage.' Editorial cartoonists heap disdain on him. In cheeky defiance, McConnell has framed copies of their work hanging on his office walls. He seems to relish the attention."

McConnell, Nicholas notes, is a "proud partisan" who will "nod to the possibility of working with Democrats, though he's clearly not interested in compromise for its own sake."

Two of McConnell's main goals are pushing back against as much of President Joe Biden's agenda as he can and becoming Senate majority leader again after the 2022 midterms. McConnell and Biden go way back, serving in the U.S. Senate together for decades.

McConnell, during his interview with Nicholas, said of Biden, "I like him a lot; we're friends. The only reason we haven't had much conversation this year is because Joe has decided to go hard left. If he were ever to shift (to) a more centrist position, I'd expect we'd be talking more.… It's not personal. He's not mad at me, and I'm not mad at him. It's just that as long as he's trying to do these kinds of things, there's not much for us to talk about. We don't have any personal problems; this is business."

And McConnell is clearly on the offensive in the Biden era. Nicholas points out that after McConnell pushed back against former President Donald Trump in late 2020 and early 2021 — refusing to go along with Trump's bogus election fraud claims and slamming him for the January 6 attack — he was as partisan as ever when Biden's presidency began.

"Maybe McConnell isn't so very hard to understand," Nicholas writes. "Why did he condemn the attempt to overturn the election and decry the assault on the Capitol, only to return to business as usual? The answer, I suppose, lies in his affection for political combat. The rioters were attacking the arena in which McConnell loves to compete, hastening the country 'down a poisonous path where only the winners of the election actually accept the results,' just as he had warned earlier that day. And McConnell wasn't about to let them destroy the game he loves. Some senators come to Washington prepared to lose their seats in the defense of their principles. McConnell came to win, whatever the cost, for as long as he possibly can."