The far-right lawmaker, known for parroting wild conspiracies, thinks August might be too lofty a goal 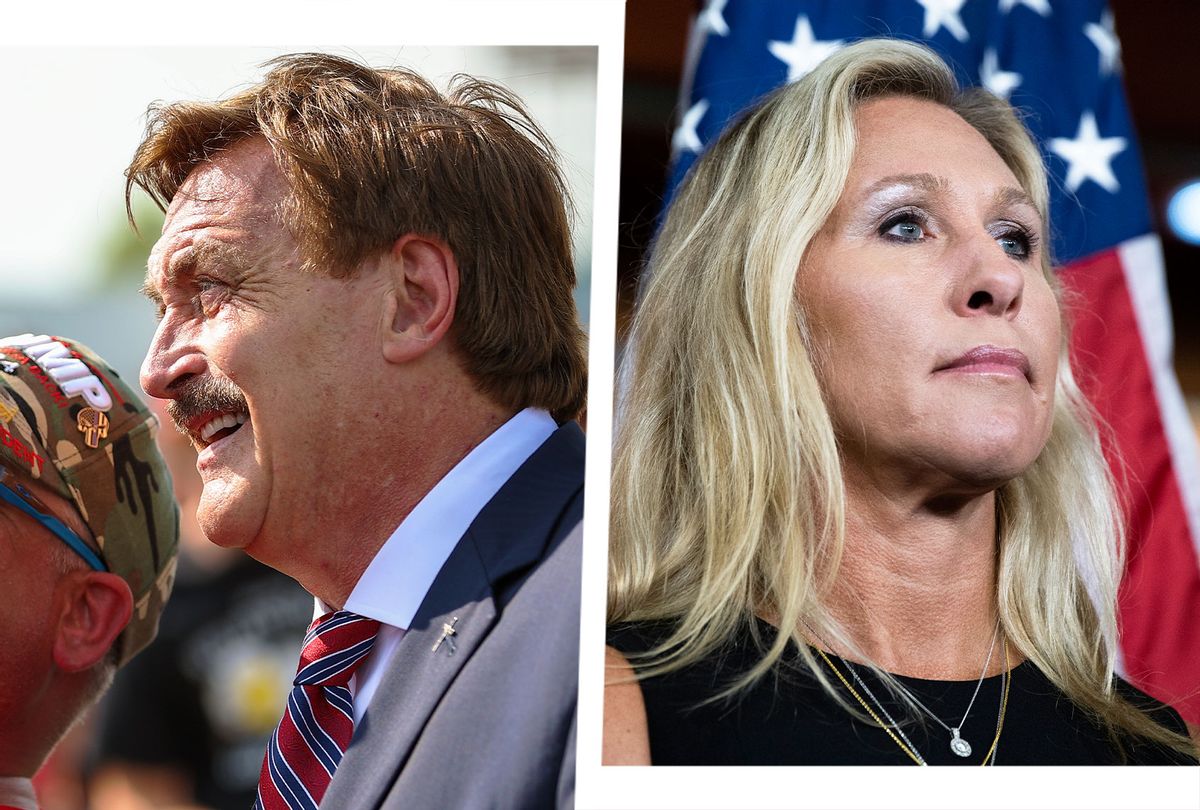 Appearing on Steve Bannon's "WarRoom Pandemic" podcast on Wednesday, the far-right lawmaker, known for her coziness with various conspiracy theories, tried to make a distinction between her false belief that Trump won the 2020 election, and the idea that Trump will be re-installed as president next month.

"We re-elected President Trump on Nov. 3 in 2020," she told Bannon. "I want people to be careful in what they believe. It's going to be very difficult to overturn the 2020 election and, so, I would hate for anyone to get their hopes up thinking that President Trump is going to back in the White House in August. Because that's not true."

Greene went onto say that as a member of Congress, the August feat is a "very difficult" thing to bring to life. "It's just that I don't want people to get excited and think that something is going to happen and then they get disappointed. We need to stick with the truth. We have to stick with the process," the lawmaker said. "And we have to reveal the election fraud."

Bannon, nearing the end of the segment, did appear at one point to step in and defend his top advertiser and trusted ally, Lindell.

Over the course of the past week, the pillow tycoon has made continual announcements about his upcoming gladiator-style "cyber symposium" event being held in Sioux Falls, South Dakota, on Aug. 10, 11, and 12. Lindell has since shared with Salon that both Dominion and Smartmatic voting machines will be present at the three-day event to help carry out a "mock election," in an attempt to prove how voter fraud supposedly occurred in the 2020 election.

On Tuesday night, Lindell extended an invite to President Joe Biden for the symposium, and called on him to resign from his post as president immediately.