Trump loyalists across the country going after fellow Republicans in 2022

Allen West's campaign in Texas might be the weirdest example, but Trump sycophants are running almost everywhere 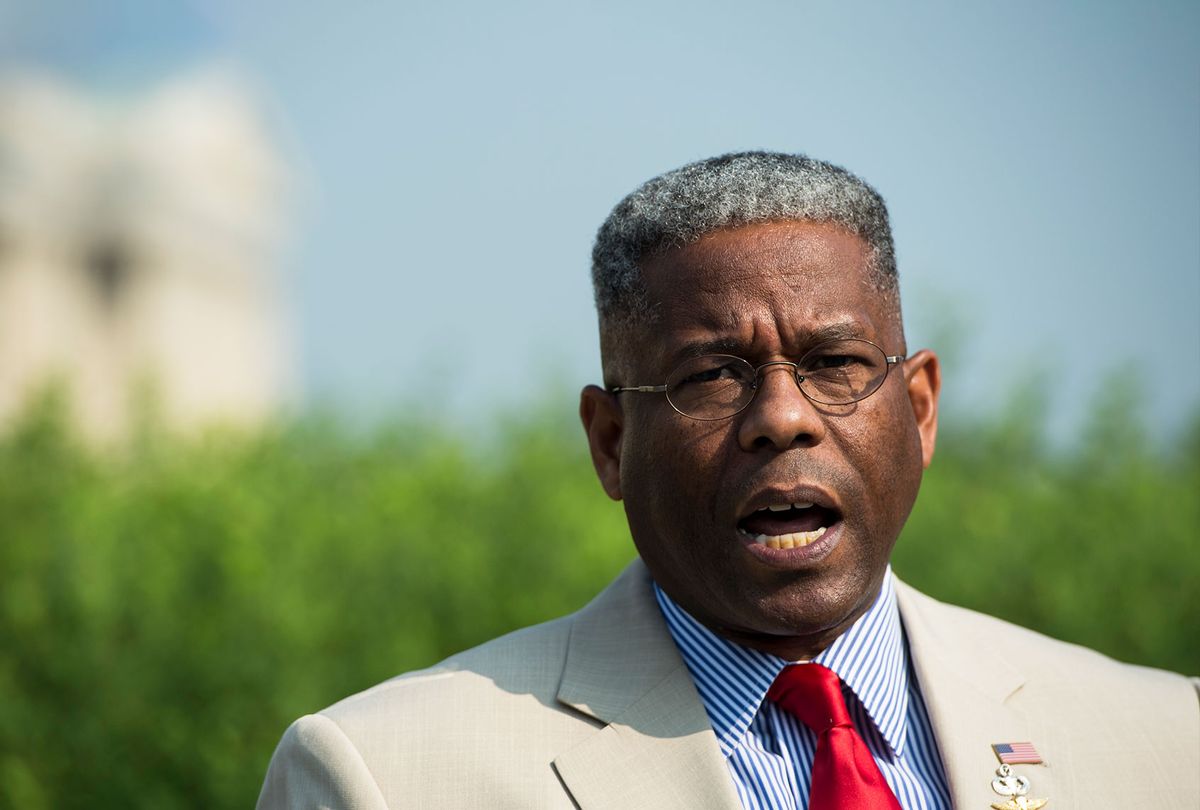 Donald Trump held another rally over the July 4 holiday weekend and made a little news. He brought up the Manhattan district attorney's felony indictment of his company and its CFO, Allen Weisselberg, by playing dumb about the law and making clear that he believes that important people like him shouldn't have to pay taxes. This is no surprise. When he was confronted by Hillary Clinton in a 2016 presidential debate for failing to pay his taxes, he said, "That makes me smart."

Whether any of that will ever add up to Trump himself being charged with anything is an extreme long shot, but he certainly doesn't make it easy on his lawyers or, as Salon's Amanda Marcotte points out, his henchmen. Nonetheless, he has a lot of them — henchmen that is.  And a good many new recruits appear to be running for office in 2022.

The Washington Post's Amy Gardner did a rundown of some early-bird campaigns around the country and Trump loyalists are on the move. She wrote about one candidate for Arizona secretary of state, GOP State Rep. Mark Finchem, who told a  QAnon-friendly talk show that he believes it's possible that the bogus "audit" of the 2020 presidential ballots will result in overturning the results of the last election. And there is Georgia Rep. Jody Hice, an evangelical pastor who was elected to Congress as a hardcore Christian conservative but has now been converted to full-time Big Lie purveyor. Donald Trump has enthusiastically endorsed Hice's primary challenge to his nemesis, current Georgia Secretary of State Brad Raffensperger, a Republican who famously refused to help Trump steal the election in 2020.

Then there are the average citizens who've been moved to primary Republicans through Trump loyalty. Virginia House of Delegates candidate Wren Williams defeated a longtime incumbent solely because the latter said he'd seen no evidence of fraud in 2020. Then there's Mellissa Carone of Michigan, the former temp worker for Dominion Voting Systems who appeared disoriented or perhaps inebriated at a hearing alongside Trump attorney Rudy Giuliani, making claims so outlandish that she became the subject of a "Saturday Night Live" sketch. Of course she's now running for a State House seat. How could she not?

These are just a few of the Trump Republicans who are running for state office on the Big Lie platform. If they win, their primary goal will be to change elections systems in their states to ensure that legislators will no longer be hampered by all those inconvenient laws that stand in the way of overturning election results that don't reflect the will of Real America. You know, Trump voters.

While most of these campaigns are in their early stages, the embrace of Trump's claims is already widespread on the trail and in candidates' messages to voters. The trend provides fresh evidence of Trump's continued grip on the GOP, reflecting how a movement inspired by his claims and centered on overturning a democratic election has gained currency in the party since the Jan. 6 Capitol attack.

This, as I've written before, is the new Republican organizing principle. And it's not confined to state offices. It's early yet, but there are signs that Big Lie candidates will on the ballot for the U.S. House and Senate all over the country as well, in many cases running to take down Republican incumbents.

Obviously, Rep. Liz Cheney of Wyoming is at the top of the hit list. Another is Rep. Anthony Gonzalez of Ohio, once considered a rising star in the Republican Party, and now a prime Trump target. The race to unseat him is crowded, with all the candidates elbowing each other out of the way to prove just how energetically they can lick Trump's boots. Trump has endorsed a political novice named Max Miller. who the Daily Beast describes as "a 32-year-old former White House aide with a thin résumé and a rap sheet that includes multiple charges ... for assault, disorderly conduct, and resisting arrest."

Rep. Jaime Herrera Beutler of Washington was among the 10 House Republicans who voted to impeach Trump in January (and it was she who revealed that Trump told House Minority Leader Kevin McCarthy that he "didn't care as much about the election" as the rioters did). She faces a primary challenge by a military veteran named Joe Kent, who says all incumbents who refused to challenge the Electoral College certification should be run out of office.

Senate races appear to be organizing along similar lines. Trump has already endorsed a primary challenger to Sen. Lisa Murkowski of Alaska, who committed the unpardonable sin of voting to convict in his second impeachment trial. And Sen. James Lankford of Oklahoma is shocked, I tell you, shocked, that the chairman of the Oklahoma GOP has endorsed his primary challenger, which he claims is unprecedented (and is indeed highly unusual). What is the reason for this break with party norms? Lankford failed to object to the certification of the presidential election on Jan. 6.

I'm sure there are governor's races which will be fought on the same basis. I'm not entirely sure exactly why this is happening, but Allen West, the former Florida congressman, former Texas Republican Party chairman and former Army officer (who was forced to retire over the abuse of an Iraqi policeman) is challenging Texas Gov. Greg Abbott, who has practically handcuffed himself to Trump's border wall as a symbol of his loyalty. Presumably West is going to run as the One True Texas Trumper, but it's hard to see how he can be any more unctuous and sycophantic than Abbott.

Trump, meanwhile, is said to be focused almost exclusively on the Big Lie, clearly unable to deal with the fact that he lost in 2020 and bent on revenge for his humiliation. But that's also his ticket to the 2024 election, and he isn't confining himself to fantasies about "audits" and pyrrhic recount victories. He's made the decision to portray Jan. 6 as his movement's crucible.

Up until now it's only been the fringiest of the fringe, like Rep. Paul Gosar of Arizona, who declare that the insurrectionists who have been arrested are being persecuted for their political beliefs. Only the most extreme elements have suggested, for instance, that Capitol rioter Ashli Babbit was murdered in cold blood without cause. Trump has now brought these ideas into the mainstream. At his rally in Florida, he said:

Trump is literally normalizing the insurrection and turning those who participated into heroes and martyrs. And all those sycophantic candidates who are running on the Big Lie platform will follow his lead and say the same things.

This shouldn't really come as a surprise. After all, the tweet that finally got Trump banned from twitter made clear that he saw it this way from the very beginning: