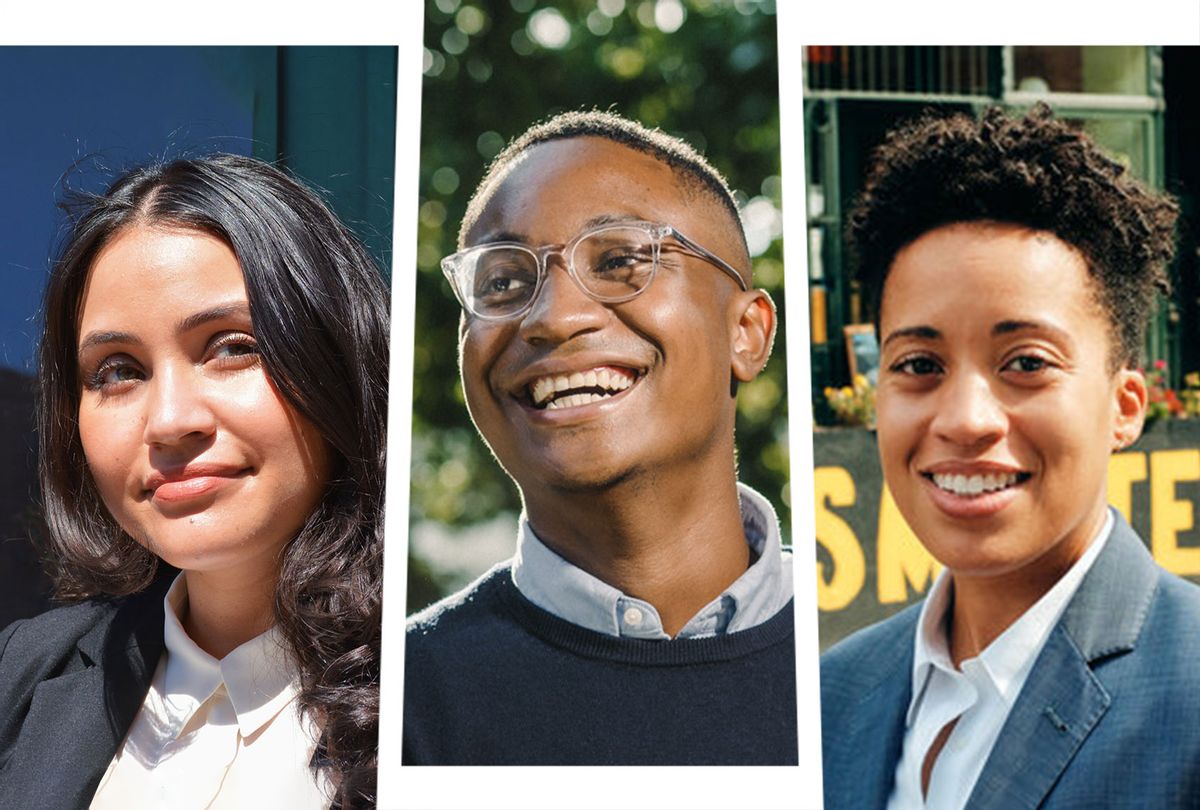 It's an election of firsts. While we don't yet have the certified results, it's clear from preliminary numbers that when New York's next city council takes office, it will be the most diverse in the city's history — and that's just the start of it.

A 51-member council long dominated by men will have gender equity — and with at least 29 women elected, a female majority — for the first time ever.  A council that had been the province of old-guard political elites — and has never had more than 18 women — will share power with new voices and rising generations, some breaking inspiring barriers of their own.

All this history did not happen by accident. Another first helped make these firsts possible. New Yorkers used ranked-choice voting for the first time in June's party primaries. That led to more candidates running, more competitive elections, a spike in voter turnout and truly representative results. Perhaps most important, it also empowered a new generation of candidates to step forward and seek office. Many of them ran for the very first time. And all over the city, they are celebrating stirring victories.

These candidates ran exceptional campaigns, generated real grassroots enthusiasm and found creative ways to connect with voters during a pandemic. They accomplished what many political experts said couldn't be done.

But rules matter too, and ranked-choice voting played an important role here. In New York, RCV gave voters the power to rank their favorite candidates in order, one through five. It also put an end to plurality winners. If no candidate cleared 50 percent on the first ballot, it triggered a series of instant runoffs. The last-place finishers were eliminated and the second choices of their supporters came into play. Studies show that women and minority candidates do better under this system.

That helped liberate candidates and provide voters with more nuanced choices to make. Candidates were rewarded for broadening their base and seeking support everywhere. Contests became more dynamic, open to everyone. Party primaries, long tantamount to winning the election in this blue city, became a genuine battle of ideas about the future.

The old way? Well, that concentrated power in the hands of party machines, and discouraged even strong challengers from running. Challengers were derided as "spoilers." Two or more candidates from the same ethnic or racial background would often generate fears of splitting the vote and electing someone unrepresentative, so candidates would be discouraged from running and splitting "the women vote" or "the Black vote." Party bosses worked to keep primary challengers off the ballot. Eager candidates were told to stand in line and wait their turn. Those who didn't might be punished. Voters didn't get the dynamic choices — or the full and equitable representation — that they deserved.

Ranked-choice voting turned the usual incentives on their head. With no fear of vote-splitting or electing a plurality winner, new candidates flooded races and sought to persuade voters based on their vision for New York's future. When Sandy Nurse first sought a seat on New York's city council in a special election in 2020, the Democratic party machine challenged the Afro-Latina community activist's signatures and knocked her off the ballot. Given a fuller chance to compete, Nurse won this time. Similarly, in the Bronx, Amanda Farias lost against the machine in 2017. In her second run this time around, and with the benefit of ranked-choice voting — which brought her from a close call in round one to a resounding victory in round six — she'll bring progressive representative to a previously conservative district.

None of this is to say that political parties are the problem in themselves. They are the way that we organize ourselves, and are often central to our identity and the way we see the world. But in a one-party city like New York, a one-party primary structure can stifle new voices and even pit women and racial minorities against each other in a winner-takes-all system. Ranked-choice voting gives voters more say and a powerful tool. It makes our elections better. It puts all of us in charge.

On New York's council, it puts Shahana Hanif and Chi Osse and Pierenia Sanchez and Crystal Hudson and Shekar Krishnan in charge. Young people and women and the LGBTQ community and first-generation New Yorkers. We all have a seat at the table now, and more control of our future. The most diverse city in America finally has a council that truly resembles — and can truly represent — all New Yorkers. Ranked-choice voting worked in New York City. It's time for more states and cities to adopt it — making everyone's elections better and encouraging more people to run for something.

Amanda Litman is the co-founder and executive director of "Run for Something.