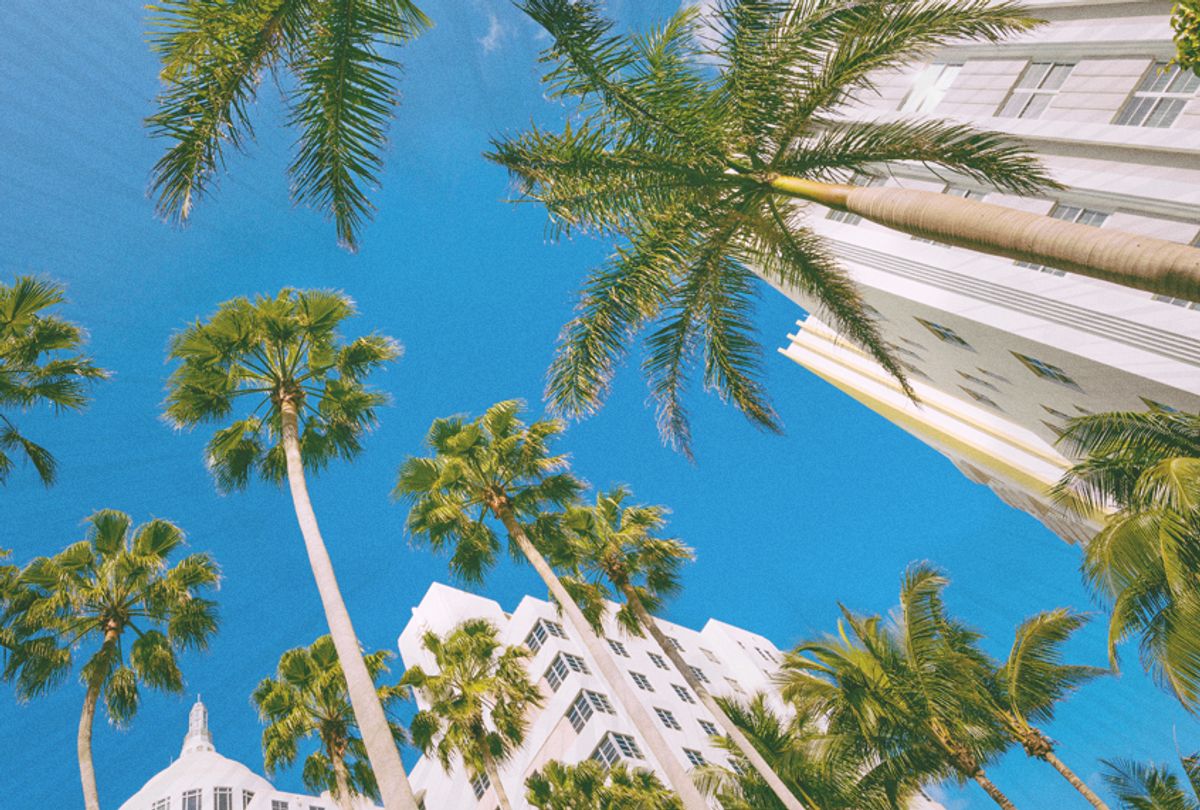 Millions of tourists still flock to Miami's prized beaches, but each year the sea steals a little more of those fabled sands. South Florida could see more than two feet of sea-level rise in the next 40 years, according to the region's scientists.

For a city built on porous limestone and racial inequality, this reality is already seeping in. With such immediate concerns, Miami has become a frontline community in the fight against climate change.

But climate is not the city's only challenge.

Miami-Dade is a majority-minority county with a gaping wealth gap. It's also part of a state with a history of environmental exploitation and a climate-change record ranging from lackluster to downright hostile.

As city leaders raise funds and develop game plans to tackle climate challenges, local groups are pushing to make sure the region's most vulnerable populations aren't left behind.

The work is part of a growing effort across the South to tackle both climate change and inequity — and to show the importance of local, community-driven action in states where climate change concerns have taken a backseat.  To understand more about how Miami can make climate resilience equitable and how communities are banding together across the conservative Gulf Coast, The Revelator spoke to Zelalem Adefris, vice president of policy and advocacy for Catalyst Miami, a nonprofit working with low-wealth communities in Miami-Dade County.

Given the threats facing Miami, what would climate resilience for the city look like to you?

Climate resilience is typically defined as being able to bounce back from a challenge. But I think our baseline is not necessarily where we want to be in terms of the wealth, prosperity and the ability of our communities to thrive.

For example, as sea-level rise affects the coast, people on higher elevation land, which typically are lower-income areas because they don't have the coastal views, are now seeing housing costs rise exponentially and their communities are being targeted by developers. We call it climate gentrification.

We already have an affordable housing crisis here in South Florida. We have a lot of luxury condos and vacation homes for the very wealthy and not enough housing stock for people that actually live here.

So I hope that in the process of achieving resilience, working on climate justice, making whatever changes we need to make in order to take climate action, we're also able to up that baseline to a higher expectation for all of our households across the county so people aren't going back to a pretty low quality of life and are instead will be better off as we move.

I would say most people already see climate change happening in their neighborhoods, but they might not always know that it is climate change. We'll talk to people about extreme heat and how Miami has added almost two months of summer — so days over 90 degrees — since 1970. People who have been here for that long recognize that, they felt that change and how the years have gotten significantly hotter. So we don't find too much pushback because unfortunately it's our lived reality. Our work is more like naming that reality.

What kind of support for solutions do you see from state and local governments?

We've been working with the local government for a really long time. They are getting on board and coming up with climate action plans and are a great partner of ours. Sometimes we need to push, but ultimately we work really well with them.

I would say at the state level, unfortunately, we're seeing a lot of preemption. There are bills and legislation being passed to actually move a lot of local decision-making to the state level, especially around environmental issues like climate change and plastic.

And as you can imagine, the state does not really move the needle on these issues at nearly the level of our local governments.

Miami became one of the first cities to appoint a chief heat officer. That's a pretty serious admission about how climate change is affecting the area. How is the city tackling the problem of an increase in dangerously hot days?

Jane Gilbert is the one appointed to that role. She's actually the former chief resilience officer of the city of Miami, so we know her well. She is working with us and other partners on pushing policy and county programming to address heat. For outdoor heat, so far that effort includes stuff like more tree canopy and addressing concerns about waiting for public transit with a really inefficient bus system while people have no cover to protect them from the heat. We're also hoping to expand outdoor heat efforts to protections for workers too, because we have an agricultural economy here.

And then there's also indoor heat issues, so being able to afford your electricity bill, having functioning air conditioning, having a quality of housing in which you don't have cracks in the wall that leak all your cool air — and your money — out into the heat.

How does your work fit into broader climate resilience efforts, or challenges, in southern states?

Gulf South for a Green New Deal is an initiative to try to get together folks from all the Gulf South states — Florida, Texas, Louisiana, Alabama and Mississippi — to talk about strategies that are specific to our states.

I think having spaces for states in the South or other states with challenging legislative atmospheres is always good. It's great to hear what's coming out of states like California and New York, but it can be difficult sometimes here in Florida.

We don't necessarily have the longstanding environmental institutions, but we do a good job of collaboration and leading with community voices first and community priorities. And we've had some powerful local wins throughout the years. I think anytime you see a conservative state making policy gains, there's definitely something to learn from there.

In South Florida, since the state's inception, there's been an onslaught against the environment. Development has been prioritized in the entire history of the region, starting with the Everglades — you have to pave over the Everglades to even get here for the most part. So we have a legacy that needs to change.

But at the same time, for all of its existence, there's also a legacy of people fighting for what's right. That's what we lean on as well.