Why Jack the Ripper and other serial killer narratives endure

For me, my fascination began as a child, when I opened a book my mother explicitly told me not to open 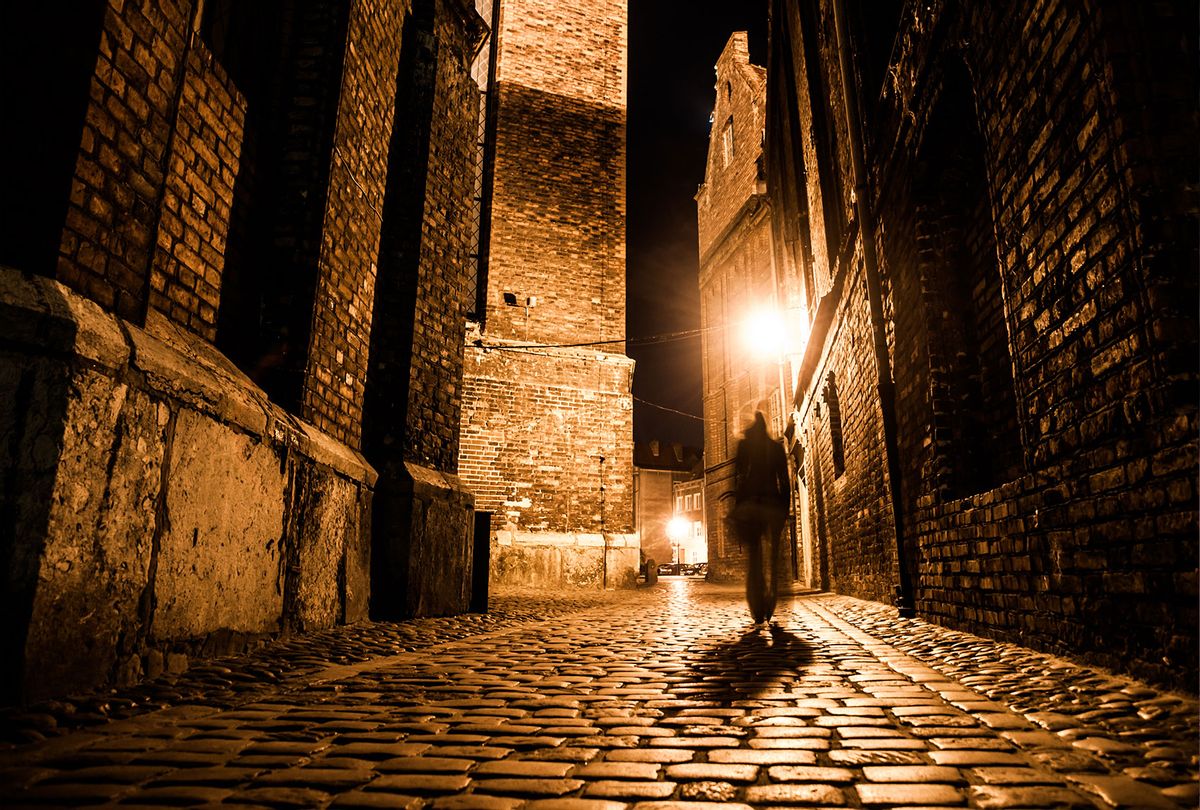 The message finally landed with my husband how much of a serial killer buff he had married after 12 years as we were watching "Mindhunter," the Netflix drama series based on the book by the same name about the FBI's Elite Serial Crime Unit. I was able to call out the serial killers before they were named on screen, then give a summary of their crimes; the types of victims they pursued, where and when they operated. I can't be sure if he was impressed or petrified. Perhaps both.

I'm certainly not alone in harboring a fascination with murder. Over 70 million people downloaded the 2014 podcast "Serial," about the 1999 murder of 17-year-old Hae Min Lee. And true crime has been a thriving economy for years:  books, documentaries, tours — not to mention the crime-inspired TV dramas, movies, novels and more. Harold Schechter, an American true crime writer, referred to the specific fascination with serial killers as "cultural hysteria," and it doesn't look to be fading anytime soon.

I can remember the exact moment my obsession began. I was around six or seven years old and at home with my mother. She specifically told me that I was under no circumstances to open a book she had brought home from the library, which she then left on the floor by her handbag. Of course, as soon as I had an opportunity I reached for the book, looked along the edge of the pages where it was darker which told me where the pictures were, and flicked open to see what it was I should never see. I opened the book on the mortuary photographs of Catherine Eddowes, the fourth canonical victim of Jack the Ripper. The grainy black and white photographs of a wretched woman with her nose cut off and her stomach sagging like a burst balloon from where she had been mutilated. A nightmarish picture was scarred on the back of my eyelids forever.

Jack was my "gateway drug" into serial killers. He hardly needs an introduction, but he committed the mutilation murders of five women assumed to be sex workers in and around Whitechapel, London, from August to November in 1888, at which point the murders stopped. By then he had, quite literally, etched his way into the zeitgeist. His name conjures up images of dark and misty alleyways and blood curdling screams, and is synonymous with the poverty of Victorian England — much to the embarrassment of the British Empire.

But what is it about Jack that has such enduring appeal? It wasn't as if violence in 1888 was rare. The life expectancy for a man from the East End of London was 26 years old, kept low by the diminished life expectancy of casual laborers, who took on unsecure and often deadly work. Infant mortality rates were high as well, and childhood diseases were rife. Simply being alive was risky enough, not taking murders — most of which were of the domestic violence variety or gang related — into account. It doesn't explain why this one murderer has lingered on. Personally, I think Jack endured because of a perfect storm of events — a combination of technology, social and political unrest, wealth inequality and public anger.

Today we are used to news traveling the world in a matter of seconds. There's an insatiable thirst for content and we expect it for free. Traditionally printed newspaper sales may have declined, but in 1888 the newspaper was king and the only source of information. Looking back is like looking at a dress rehearsal of how we are learning to cope with social media — drowning in notifications, clickbait and 24-hour news coverage, bewildered by the effects this technology is having on our world.

I propose that it's fair to compare the two eras. The telegraph was invented in the early 1800s. By the mid-1800s the laying of telegraph cables underground and across the seabed started, and this connected continents and led to the creation of news agencies. Before the telegraph, messages had to be sent the same way people and goods traveled — by road or water — but by 1888 news could be sent from nearly anywhere in the world and be printed in The Times the next day. Not only did the murders shock the people of London, they shocked the world. And as circulation increased, so did the appetite for more news — and this encouraged an increase in sensationalist reporting.

Victorian culture was notoriously class-ridden, and tensions were already high on Sunday, November 13, 1887, when Sir Charles Warren, Commissioner of Police, banned all meetings in Trafalgar Square. Demonstrations by the unemployed had been taking place every day since the summer and homeless people slept in the square and washed in the fountain. The police were under pressure to end such an embarrassing situation. The resulting event, which became known as Bloody Sunday, saw around 150 people treated at local hospitals. Up to 300 rioters were arrested.

A common feature of the press coverage of these class tensions was the dramatization of Whitechapel itself — the cliché of the slum ghetto, a trap of misery and hunger. The truth, as it always is, was more nuanced. But that's not what people saw in the daily newspaper. It is worth mentioning that London was the richest city in the world at the time. Jack the Ripper, simply put, was an embarrassment. Jack unwittingly shone a light on a system rigged towards the upper classes and a government policy of conscious neglect. Jack brought age-old arguments to the surface. But this time, the world watched.

His ongoing anonymity remains a key part of his appeal. The monster in any horror movie is always scarier before you see it. Once his or her identity is revealed, the fear disappears. As with most serial killers, they're likely to be ordinary and underwhelming on the surface. It's almost disappointing, so perhaps it has a lot to do with the faceless figure in the dark who can exist as a bespoke monster. A shared concept, but entirely different in each person's imagination.

It's true that the murders didn't evoke much sympathy for victims. They were referred to in newspapers as "unfortunates," code for prostitute. But when Catherine Eddowes was murdered beyond Aldgate and within the boundary of the City it whipped up more hysteria. Jack was commuting, and that meant women of a higher class — respectable, less disposable — might become victims. If people gawked before, now they were frightened … and it was a thrill.

Put in simple terms, the brain doesn't differentiate much between fear or excitement, so anyone who has experienced terror at the thought of public speaking and been on any presentation course or sought therapy for social anxiety will have encountered the theory of reframing fear as nervous anticipation. We know the hysteria and news was lapped up by the general population, but especially young middle-class women. Imagine you were a cosseted Victorian woman stuck indoors with little or no mental stimulation or likelihood of any adventure. The fear the Ripper produced was as close to a thrill you were likely to get. And Jack was also making people angry — at the women, at the poor, at the police, at the government. Anger hits the amygdala and pumps chemicals around the brain. We can get hooked on these chemicals, with the brain looking for the next anger-stoking piece of news to get that luscious hit again.

Speaking for myself, it's clear the obsession started with my mother's questionable '80s parenting and seeing those autopsy photographs. I remember being shocked and unable to look away, like rubbernecking at a car accident. When I was older, I learned about the Moors Murderers, Ian Brady and Myra Hindley, who buried their child victims on the Yorkshire moors. My mother came from Yorkshire, although we lived in London, and I'd overheard her tell people that her sister had worked as a cleaner in the coroners' office and somehow seen photographs of the children she never recovered from. The mugshots of their defiant faces eyeballing the camera still haunts most of the UK.

The same with the Yorkshire Ripper, who targeted women walking alone after dark. Again, the connection with Yorkshire and my mother's origins made it relatable. As in the case of the Ripper murders, the police conducted the investigation with a huge complimentary dose of sexism and ego, enabling Peter Sutcliffe to evade capture and go onto murder at least 13 women.

In 1994 came Fred and Rose West, the horror couple who abducted vulnerable girls, torturing them in their own private dungeon as their children played. They lived in Gloucester, which was miles away, but Fred West had worked on an industrial estate near where we lived. The police even searched the site looking for other victims. I was 16 at the time, a similar age to some of the victims, and we all talked about the murders. It spread fear through us — or was it a thrill? These were high-profile cases with a slither of intimacy that could penetrate my bubble and feed my fascination and intrigue.

This is why Jack the Ripper endures — he's the embodiment of anonymity, fear, anger and media hype. He's less of a person and more part of our culture. When I set out to write a story during the Whitechapel murders it was because I wanted to explore the hysteria of the time. What was it like to live during such uncertainty with an unseen monster holding everyone to ransom? I didn't expect to find myself living through something not altogether dissimilar with COVID-19.

The privileged of us will likely survive the pandemic. But we have still fed off the fear and devoured the sensationalized news. We've needed the emails, calls, notifications, podcasts, movies, Netflix, Facebook, trolls, Twitter, binary tribal choices about masks and vaccines. Humans can reduce complex fears to a single shot to the amygdala, and feed it daily. Be angry and be afraid: It's an economy and we are all at its mercy. A bit like a serial killer, waiting for the next strike so we can all get our fix.

Clare Whitfield is a UK-based writer living in a suburb where the main cultural landmark is a home store/Starbucks combo. She is the wife of a tattoo artist, mother of a small benign dictator and relies on a black Labrador for emotional stability. She has been a dancer, copywriter, amateur fire breather, buyer and mediocre weight lifter. "People of Abandoned Character" is her first novel.