In 1985, a serial killer murdered at least 14 people, and raped and tortured at least two dozen more in California 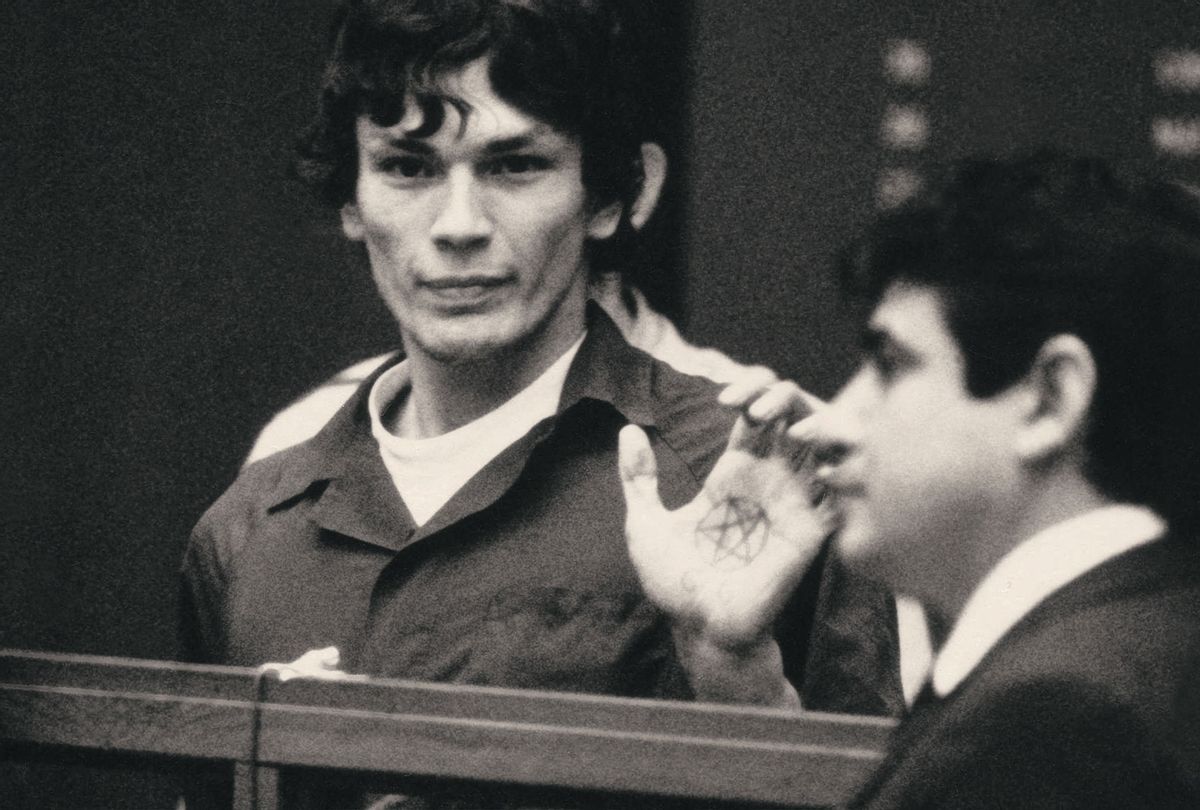 In pop culture, we're still riding a gigantic true crime wave. Streaming services have designated tabs for the genre, annual sales for true crime books have jumped by nearly $600,000 over the last five years, and when Oxygen hosted "12 Dark Days of Serial Killers," a series of shows about mass murderers, in April 2020, the network reported its highest-rated week in five years.

As with any genre, there's a spectrum of quality when it comes to the content — ranging from salacious fetishzation of serial killers at the expense of the victims, to deeply nuanced and boundary-pushing series like "Murder on Middle Beach" and "I'll Be Gone in the Dark."

Regardless of the caliber of various true crime projects, most are still overwhelmingly centered around stories of white, middle or upper-middle class, victims. Think about the most talked-about true crime series and documentaries from the last several years: new episodes of "The Staircase," "The Jinx," "Amanda Knox," "I Love You, Now Die," "The Confession Killer,"  and "American Murder."

Stories about white women or children getting killed or kidnapped make international headlines and prompt worldwide outrage — as we saw in Netflix's "The Disappearance of Madeleine McCann'' — while stories about victims of color are like a blip on the radar. There's a not-so-subtle message about who is worthy of community concern underpinning the genre.

Filmmakers and documentarians are slowly making moves to rectify this, though, through projects like "Atlanta's Missing and Murdered Children," "The Trials of Gabriel Fernández," and, now, Netflix's "Night Stalker: The Hunt for a Serial Killer."

Directed by Tiller Russell — whose past documentary work has include "The Seven Five" and "The Last Narc" — this four-episode series looks at how two detectives, with the aid of community members, tracked a serial killer dubbed "The Night Stalker" by the media through 1980s Los Angeles.

The series opens on archival footage from 1985 that features a young Mexican-American detective named Gil Carrillo. He relays an announcement from the Los Angeles County Sheriff's Department: "The Sheriff's Department is currently conducting an investigation into a series of homicides and sexual assaults in Los Angeles County. The suspect has used guns, knives, tire irons, handcuffs, thumb cuffs …"

Carillo was one of the lead detectives on the Night Stalker case, alongside homicide detective Frank "The Italian Stallion" Salerno. While Carillo, a Vietnam veteran whose parents had essentially enlisted him to keep him off the streets, was a newcomer to the homicide department, Salerno was a stoic veteran on the force; as one reporter who was interviewed told Russell, " When you heard his name, you knew these were big-time crimes."

Their partnership serves as the lens through which this series revisits the infamous case, and while the two detectives aren't ever together in the same room for interviews (a missed opportunity, but one ostensibly due to pandemic production restrictions), you get a sense of their dynamic, and their dogged determination to piece together how dozens of murders, attempted murders, home invasions, sexual assaults and molestations were connected.

Their collective present-day insight about the case is augmented by a wealth of archival footage, as well as interviews with journalists who covered the crimes, with survivors of the Night Stalker's attacks and with the loved ones of his victims, many of whom were people of color.

There's also a fair amount of crime scene reenactments and dramatic cutaway scenes;, most of these feel a little schlocky — think slow-motion shots of a bloody gun dropping from out of frame, or a finger pulling back on a trigger — especially when combined with some cliché scoring choices intended to invoke suspense. It's unnecessarily cheesy packaging for a docuseries that does a really solid job of ensuring that the killer's victims aren't simply numbers in a body count.

There was the 9-year-old Chinese-American girl Mei Leung, who the killer raped, beat and stabbed before hanging her body in a San Francisco hotel; 79-year-old Jennie Vincow who was nearly decapitated in her home; 22-year-old Maria Hernandez, who survived his attempt to shoot her in the face; Dayle Yoshie Okazaki, 34, who was shot in the forehead; 30-year-old Tsai-Lian "Veronica" Yu, who was shot multiple times; 6-year-old Anastasia Hronas who survived being molested, tossed in a duffle bag and deposited on the side of the road.

The list goes on and on. The Night Stalker ultimately killed at least 14 people and raped and tortured at least two dozen more during the spring and summer of 1985. (It should be noted that this docuseries doesn't shy away from the grisly details of the crimes perpetrated and, while it's narratively important to understand the magnitude of the atrocities that were perpetrated, it may be difficult for some viewers to watch.)

"The Night Stalker: The Hunt for a Serial Killer" treats all the victims as equally important, and it's clear — at least through Russell's lens — that the detectives viewed them that way, as well. They're positioned here as mothers and fathers, daughters, and community members, defined by their lives and not how they were killed. It didn't take a white victim for them to take the case "seriously." I think that's honestly likely due to the fact that Carrillo was on the case. He describes in the docuseries how he felt the killings were  "close to home" for himself and his neighbors.

Because of the wide-ranging nature of the crimes committed, and with a clear lack of a victim "type," the Night Stalker terrorized Los Angeles for months. Gun sales went through the roof and individuals who had never considered locking their doors, sealed their entryways and windows (even during that summer's wild heat wave). A robust selection of archived news clips which feature concerned citizens discussing their fears for themselves and their communities clearly demonstrates the way this serial killer dominated the collective consciousness.

When, in the fourth and final episode, Carillo and Salerno finally identify the killer and bring him into custody (aided by a band of community members), it feels like justice has been served — both narratively and, more importantly, for the victims.

"Night Stalker: The Hunt for a Serial Killer" is currently streaming on Netflix.