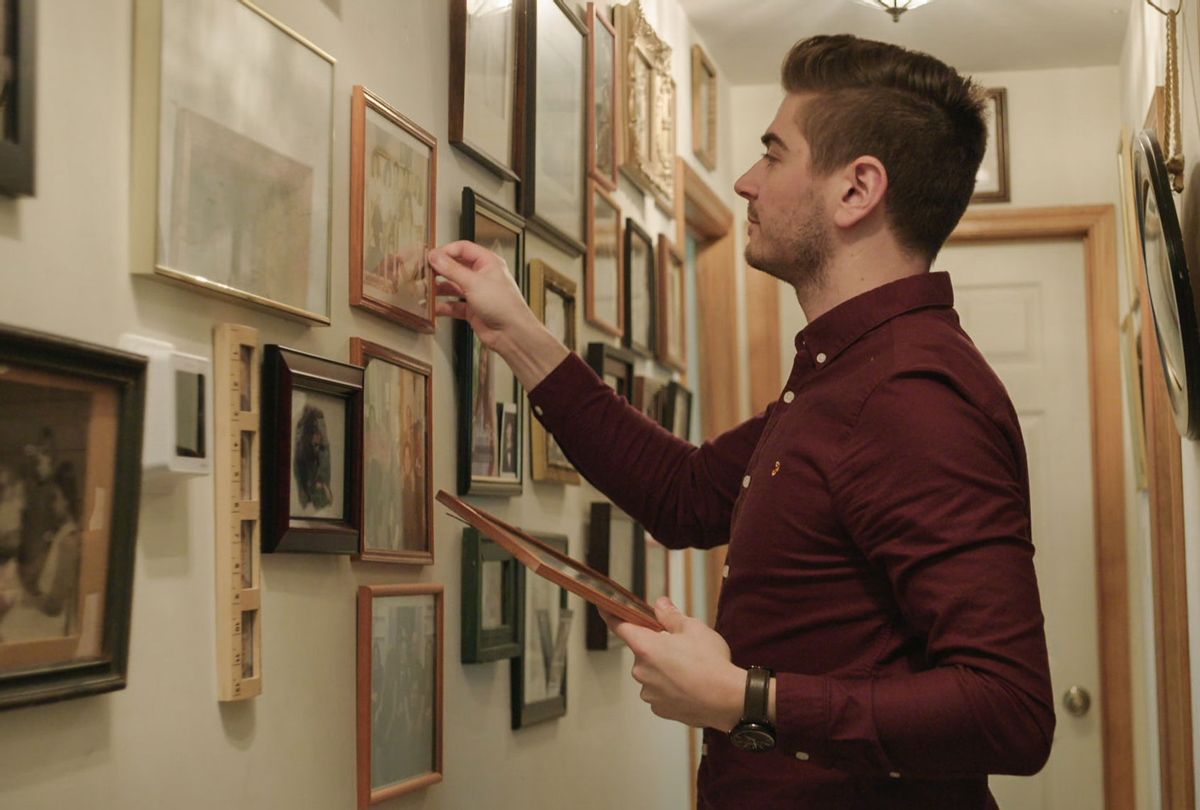 The following contains spoilers from the ending of HBO's "Murder of Middle Beach."

During the last four minutes of of HBO's docuseries "Murder on Middle Beach," a black screen pops up with a single, heartwrenching sentence: My family still lives without answers about my mother's death. This was actually where the four-part series began, as first-time filmmaker Madison Hamburg set out to investigate the events surrounding the murder of his mother, Barbara Beach Hamburg, who was found stabbed and bludgeoned to death outside her home in an affluent Connecticut suburb in 2010.

So in a sense, it feels like we as viewers are coming full circle, which raises the question: What actually makes for a satisfying end for a true crime series? Do we need a case to be closed, or at least a prime suspect in view, to feel like a narrative arc was actually achieved before the final end credits?

The answer — much like some of the details presented in "Murder on Middle Beach" — is complicated.

Over the course of the docuseries, which began as a student film when Madison was in college, Madison says that he has a few goals. The first is to further understand his mother as a person because, as he says early in the first episode, children rarely know who their parents actually are. His second goal was to absolve his family members of the crime, which dovetails with the obvious goal of discovering who actually killed Barbara.

From the jump, the suspect list was long. Madison's's father, Jeffrey Hamburg, was presented as a main person of interest throughout the series.

Jeffrey, who was an exorbitantly wealthy former CEO of Southern Electric International, and Barbara had an incredibly acrimonious divorce. The day Barbara was found killed, she and Jeffrey were actually due in court to discuss Jeffrey's claim that he could not afford his child support and alimony payments.

Jeffrey refuses to discuss the case or his marriage with Madison, except to point to Barbara's alcoholism and, prior to recovery, her pattern of black-out drinking as evidence that Barbara wasn't necessarily to be trusted — a line he holds even once Madison finds boxes of documents in the final episodes that could potentially implicate him in unethical (and potentially illegal) business practices that made Barbara feel unsafe.

Then there's Conway Beach, Barbara's sister. She suffered for years from alcoholism, addiction and physical and mental health issues — as well as a palpable jealousy towards Barbara and Barbara's daughter, Ali. Due to Conway's addiction, she lost custody of her son to Barbara, after which Conway attempted to hire a hitman to kill Barbara because she "snapped."

"My ulterior plan was to get all my money out of my 401(k) plan and get revenge against my baby sister, your mother, your father, and both of you, even Ali," she told Madison. "I was so messed up, I didn't know what to do. I was so angry. My whole family wasn't speaking to me."

It's a shocking twist and, just when viewers need things to be put into context, the details become murky. Conway remembers taking a bag of money to a Florida hotel to meet someone who presented themselves as a hitman. While waiting for the person to arrive, she grabs a drink at the lobby bar. She blacks out and wakes up the next morning upstairs on a bed, naked and cashless.

Conway presents the situation like she simply was scammed; she and Barbara eventually came to terms, and Conway moved in with her prior to the murder (though the docuseries alleges that there was tension between the two because Barbara had asked her to move out). She's convinced, however, that she knows who the killer is: Ali, Madison's sister who was still in high school at the time.

This allegation feels circumstantial at best. Conway and Ali are the ones who discovered the body and Conway said Ali acted "strangely." She cites the fact that the teenager had a rocky relationship with her mother, which was only intensified by Ali's struggles with borderline personality disorder. That said, in the final episode Ali's alibi is confirmed:  her mother dropped her off at school the morning that she was killed. She remained in class until Conway picked her up.

Then, there is the still-plausible idea that Barbara was killed by someone she had crossed through her participation in "The Gifting Tables," a pyramid scheme wherein potential members would "gift" existing members of the organization money in order to join, then recruit new members for their own eventual pay-outs. Initial buy-in was about $5,000 and, under leaders like Barbara, women would liquidate savings accounts or refinance their homes for a chance at entering the more lucrative circles of the group.

It should be noted that this was at the height of the recession, and participants — many of whom Barbara recruited from her Alcoholics Anonymous meetings — were discouraged from telling their husbands or partners about their participation in the Tables.

By the end of the series, the only suspect who has a truly rock-solid alibi is Ali, and a number of questions about that, in my mind, remained unanswered: Who was the masked man who was allegedly seen lurking outside Barbara's window the day before she was murdered? Who called Barbara to tell her that her court time had been changed from 9:30 a.m. to 2 p.m. the day of her murder (ostensibly making time for the crime to be committed)?

What details, if any, does Conway remember about the person she planned to hire to kill Barbara? How did she contact them? Did she ever try to contact them again? Why did Jeffrey's financial dealings make Barbara feel like her family's safety had been compromised? And, as Jeffrey alleged via a phone call to Madison, is there any evidence that the documents detailing his financial decisions had been fabricated?

I'll admit, on my first watch of the finale, I was a little frustrated by the lack of answers. The pace picks up in the fourth episode in such a way — through the confirmation of Ali's alibi and the discovery of Jeffrey's financial records — that it felt like we were rocketing towards a last-minute reveal that would position "Murder on Middle Beach" as the next "The Jinx," the shocking 2015 HBO docuseries, which shows Robert Durst in the final moments of the series mumbling what sounds like a confession on a still-hot lapel microphone: "What the hell did I do? Killed them all, of course."

Instead, we're left with questions. So many people had the opportunity, the motive, the means.

But after watching the entire series through again on Monday morning, I realized that's obviously the point — one that I had lost sight of while tuning in week-to-week for the last month, eager to see how the case concluded. Madison Hamburg has been transparent in interviews about wanting to produce "a different take on true crime."

"It wasn't a story about a murder, it's a story about identity and about my mom and that's a really hard sell," he told the Connecticut Insider. "Thank God that HBO saw the potential and the rest is history."

In a genre that so often luridly dehumanizes its victims, specifically women, as a means for salacious storytelling, "Murder on Middle Beach" is less about clinically dismantling family secrets for their evidentiary value, than it is about assessing how those family secrets bond and tie us — and what it means when those bonds are severed.

Through Madison's eyes and camera lens, we watch as his relationship with his father crumbles, as he has to inform Ali that Conway believed she was capable of killing her own mother, as he has to badger his local police department again and again (before finally escalating to a formal Freedom of Information Act appeal) for a 1,600-page case file with details about their investigation into Barbara's death.

It's revealed in the "Murder on Middle Beach" epilogue that in October 2020, Madison was granted that case file and that he and his team had started reviewing it for additional information about the murder. That's essentially a thousand more opportunities to discover not just what happened to his mother, but to find another slash in the family tree. It's a sobering, overwhelming realization.

I've written before about the trend of "true criminal justice" documentaries and docuseries — the kind wherein the narrative is less about solving a mystery and more about turning the magnifying glass on the legal proceedings that surrounded it — are an opportunity for filmmakers to present a fuller picture of criminality and victimhood.

"Murder on Middle Beach" adds to the genre as well. It doesn't have a tidy ending, but grief rarely does. Filmmakers could learn a lot from how Madison Hamburg focuses on the emotional ripple effects of crime, and the very human toll that loss takes on a family and community.

"Murder on Middle Beach" is currently streaming on HBO Max.