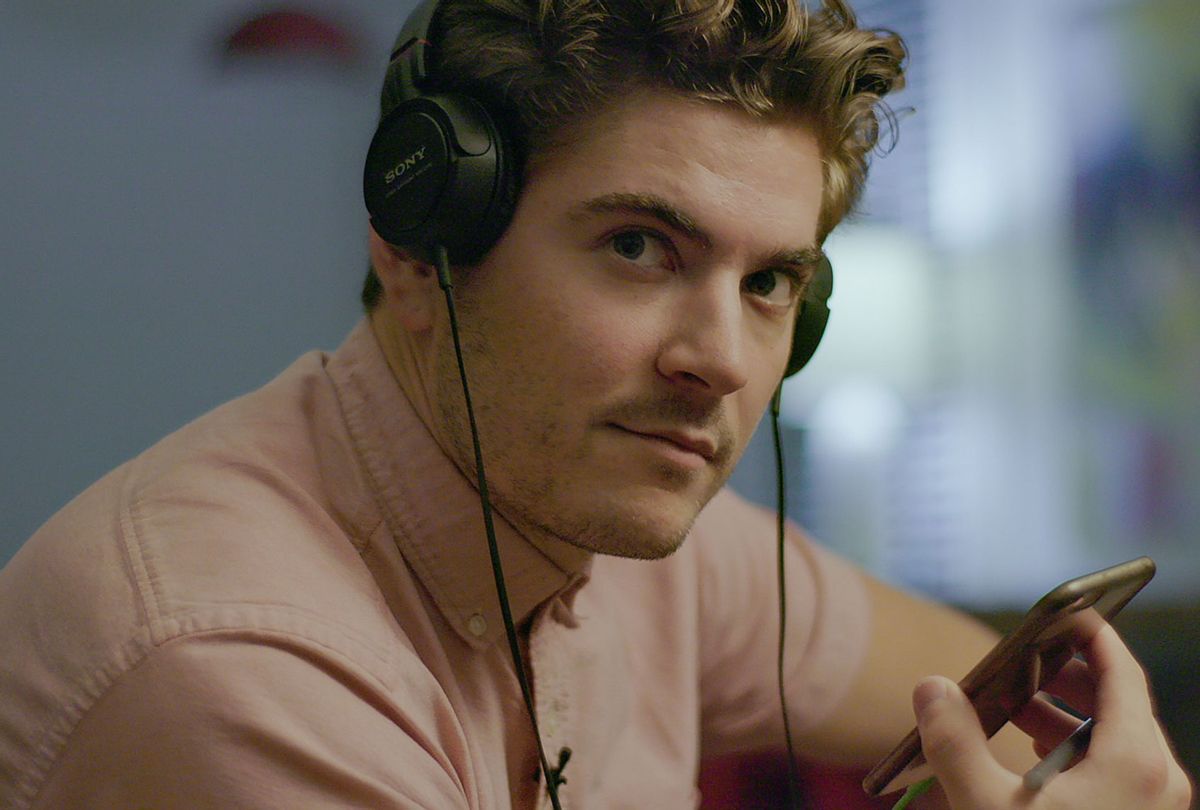 The following contains spoilers from Episodes 1 & 2 of "Murder on Middle Beach."

On its surface, "Murder on Middle Beach," which premiered on Nov. 16, follows that formula. It centers on a case where a middle-aged mother was found stabbed and bludgeoned to death outside her home in an affluent Connecticut suburb. And, like in those shows, there is a certain insider mentality inherent to those communities, which inevitably prompts the question, "Who among us could do such a thing?"

That question lands differently, however, when it's asked by the real-life son of the woman who was killed.

HBO's "Murder on Middle Beach" is the a four-part documentary series directed by first-time filmmaker Madison Hamburg. His mother, Barbara Beach Hamburg, was found murdered in her yard on March 3, 2010. Police initially speculated that this was a crime of passion — Beach Hamburg's body was found gently covered with pillows, which could be interpreted as a sign of remorse — but without sufficient evidence, the case ran cold.

Compared to tighter and sleeker true crime renderings like the recent "Don't F**k with Cats" or "Abducted in Plain Sight," "Murder on Middle Beach" may initially read as a little scattershot. The documentary was started by Hamburg during his time in film school — and while he was still obviously raw from his mother's death — and that footage has been absorbed into a collage of vintage home videos, news clips and extensive interviews with members of his large family.

But the personal nature of the footage is also exactly what makes Hamburg's investigation so compelling. Unlike many true crime, or even scripted crime, series, "Murder on Middle Beach" is less about finding out who committed the act than exonerating the people closest to him.

For example, Hamburg's father, Jeffrey, was painted as a prime suspect in the first episode of the series.

Jeffrey, who was an exorbitantly wealthy former CEO of Southern Electric International, and Barbara had an incredibly acrimonious divorce. The day Barbara was found killed, she and Jeffrey were due in court to discuss Jeffrey's claim that he could not afford his child support and alimony payments (which raises the still-lingering question of, if true, where the money actually went).

It's a sketchy situation, one made all the more suspicious by Jeffrey's refusal to speak with Madison about the case, a decision that essentially torpedoed their relationship for several years. All he will tell Madison is that Barbara had secrets and, eventually, that he wasn't involved in her death.

The tone of that divulgence suggests something big. You know — Mafia connections, a second family, a dangerous and jealous lover, ties to some secret criminal underbelly of suburban Connecticut. Madison pursues it as such, and proceeds to interview his grandmother and aunts about what kind of double-life his mother could have been living.

They play coy or dumb (or are edited to appear as such), then after years of silence — and as a cliffhanger ending to Episode 1 — Jeffrey drops a bombshell: Barbara was involved in The Gifting Tables.

The Gifting Tables was a pseudo-multilevel marketing scam that became popular in Connecticut during the recession, that was eventually exposed as a pyramid scheme. Potential members would "gift" existing members of the organization money in order to join, then recruit new members for their own eventual pay-outs.

Madison spends Episode 2 of the docuseries unraveling Barbara's exact participation in the group, which introduces us to a new family member, Jill Platt, Barbara's great-aunt who introduced her to The Gifting Tables.

While Platt's presence doesn't exactly scream "Prime Suspect!" she does offer insight into a side of Barbara that Madison didn't know. After Barbara's divorce, she would drink, which led to Alcoholics Anonymous meetings — and was seemingly loved by most members involved — but eventually leveraged connections with other members for Gifting Table gains.

That's the kind of breach of trust, Madison realizes, that could cause a lot of resentment, especially after The Gifting Tables came under federal investigation. Joining the group wasn't cheap. Initial buy-in was about $5,000 and, under leaders like Barbara, women would liquidate savings accounts or refinance their homes for a chance at entering the more lucrative circles of the group.

Then Madison hits new information that changes the direction of his investigation. Barbara was on the cusp of receiving $40,000 as part of The Gifting Table. Days later, one of his mother's AA friends admits, there were sightings of a mysterious masked man walking near Barbara's yard.

It's a titillating detail. Madison entertains the idea that his mother's killer could have been a desperate partner or husband of one of the women involved in Barbara's Gifting Tables group. The groups themselves were, after all, set up more like secret societies than social clubs; female participants were barred from telling their husbands about their involvement and were frequently encouraged to continue "bringing in new blood."

But there's little hard evidence, like camera footage or additional witnesses, to corroborate that claim.

As viewers, you begin to understand throughout the second episode the frustration Madison must feel when leads dry up, especially when he confronts investigating officers who admit they haven't delved into connections between Barbara's death and The Gifting Tables.

But inevitably there's another lead that will propel viewers into the third episode — this one pointing to Barbara's older sister, Conway, a colorful, outspoken character with a history of substance abuse.

While watching the series, you get the sense that Madison is trying on all these different theories for size, examining them until they cease to make sense. The second episode, especially, shows him attempting to find a rational explanation for his mother's death that didn't lead him back to investigating those closest to him, even when that appears to be where the culprit may be lurking.

That's what's haunting about the series. Wherever he turns, there are family secrets and, as he puts it, ""The only person I know didn't [kill Barbara] is me."