HBO's "The Undoing" does the incredible: Make us nostalgic for lifestyles of the rich and bothered

Rich people problems are so much sexier than poor people's pandemic problems, so let's watch this crazy thing 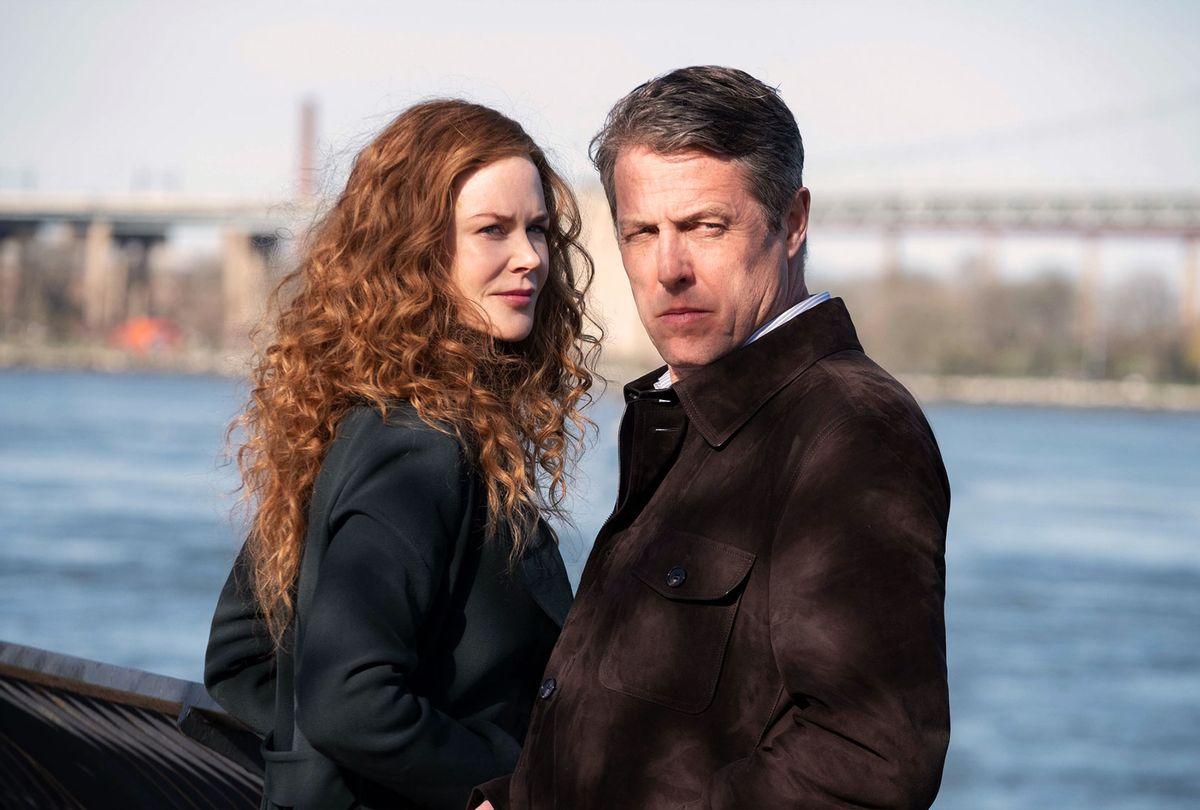 Well, it's finally happened. Maybe this is the quarantine talking . . .  No, yes it's definitely the quarantine . . . but I've reached that point on the extended social distancing spectrum where I've realized how much I've missed the zany exploits of fictional rich, entitled people.

I know! Crazy right? But hear me out: such characters are the stuff of American dreams. Take Nicole Kidman and Hugh Grant's New Yorkers in "The Undoing," products of privileged white tragedy, David E. Kelley-fantasy edition.

Point being, it's a soap neatly wrapped in prestige finery that begs you to get a little turnt on a Sunday. It's the kind of show your friend circle would give an unnecessary nickname to like, "The 'Oh No He Di'int!'" That's what is making me nostalgic. Sure, yes, young people are hanging out together despite what experts and the olds are saying about staying apart, but people of a certain age may (and should!) be refraining from sharing small plates with pals living outside our immediate households right now.

Grace and Jonathan enjoy the admiration of their peers and seem to be happy and in love until Elena Alves (Matilda De Angelis) drops into their lives. Elena, a beautiful, relatively impoverished stranger with impressive cleavage, has a 10-year-old son who attends the same school as Grace and Jonathan's boy and starts getting to know Grace through working with her and other bitchy moms to organize a school fundraiser.

Elena is beautiful and fetchingly sulky and has a slamming bod she flaunts freely, leading all the other ladies to instantly hate her. And the – cue the dark violin riffs and make sure those frosé glasses are filled to the rim! – tragedy strikes. There's a murder. Jonathan disappears and in a flash, Grace's gilded world starts to crumble.

Now. Lest this convey the impression that "The Undoing" is a creatively stunning and narratively complex series, you'll note that I likened it to "Big Little Lies." The first season of that series has its merits, many of them having to with its ability to inspire social lubrication, while the second is a buffet of blah that was barely saved by Laura Dern.

She's not in "The Undoing. Instead, Lily Rabe takes on the duty of take-charge career-centric bestie Sylvia Steineitz, whose child also attends the private school that serves as the community's gossip hive. But her role is far less central to the action than Dern's; besides, the performances meant to coax us into gentle inebriation and/or snack overindulgence are Kidman's and Grant's.

Helpfully each is playing to type: Kidman is the long-suffering wife with a poreless skin and a head draped with pre-Raphaelite curls, and Grant is a jerk who doesn't seem like a jerk at first but, c'mon, you've at least seen "Bridget Jones' Diary," right?

The important part is that Grace and Jonathan differ from actual entitled people in that they appear to suffer and have souls as well as hired drivers, and Kidman and Grant do a delightfully operatic job of selling their misery. We love to see it, and their drool-worthy apartment's interiors and the clothes and Grace's chunky gold jewelry, in the same way we love to watch Donald Sutherland chow down on the part of Grace's protective and affluent father Franklin Reinhardt.

For all of its trappings, "The Undoing" cannot avoid coming off as dull murder mystery elevated by Kidman's incredible performance and festooned with overwrought melodrama. Some moments are utterly laughable when they shouldn't be – one example is when a character blurts, with utter sobriety, "Here's what happened: I had an affair."

Whether that comes across as grave or hilarious rests entirely in the delivery but if you aren't sure about what Kelley is going for, that's due to his penchant for attempting to be arch when straightforward will do.

Of course, sometimes that approach is terrific. When Grace worries aloud that raising her son in Manhattan may not be healthy and offers, "What about Schenectady?" Jonathan's reply of, "It sounds horrible, even phonetically," is a New York comeback that only a writer could think of.

And it works because "The Undoing" is a world made of affect. As manifested through "The Night Manager" director Susanne Bier's lens, it is gauzy, dreamy and a bit unreal, which takes on a sinister air at points; but the way Kelley realizes it results in a showy, brittle hollowness, like a Christmas ornament.

Choices made in the script highlight Kelley's privileged view of the world as well, specifically as it comes to race and class differences. "The Undoing" calls this out early on at a school fundraiser when the organizer proudly congratulates the almost exclusively white room for ensuring the institution's name "is always synonymous with . . . diversity!" Ah, rich folks. They're a delight.

Then there's the subplot that involves Elena, ostensibly Latina (although De Angelis is Italian) and her husband Fernando (Ismael Cruz Córdova), neither of whom are written with enough complexity for them to serve as much more than devices. For purposes I won't go into here, this is more excusable in Elena's case than Fernando's although Córdova turns in a moving performance with what little screen time he's afforded.

Kelley likely has an explanation for this beyond the obvious, which is that he expects the audience for "The Undoing" is tuning in to watch Kidman and Grant be beautiful and awful while coveting their lives and clothing. Grant accepts most of that secondary order, but Kidman's character isn't exactly bosom buddy material either.

On the other hand, Kelley also presents us a gift in Noma Dumezweni's shark-like defense attorney Haley Fitzgerald. Dumezweni enters in the third episode and tightens up some of the slack in the later acts, especially the dragging courtroom scenes.

Those serious settings don't entirely wipe away the soap foam, and that's OK! In fact, it's actually a treat to savor this frothy remnant from a world entirely removed from the one we're living in while realizing that such a life, though out of reach for the vast majority of us, felt somewhat real not too long ago.

We may not have the one percenter problems, economic mobility or the high ceilings the Frasers enjoy in "The Undoing." Hell, we can't even safely share dip anymore. But at least we can get tipsy on its glamourous and familiar view. Or is it tipsy to that view? Whatever. Friends don't judge.