A judge has thrown out a $95 million lawsuit against the actor, at the same time he sues a cannabis company 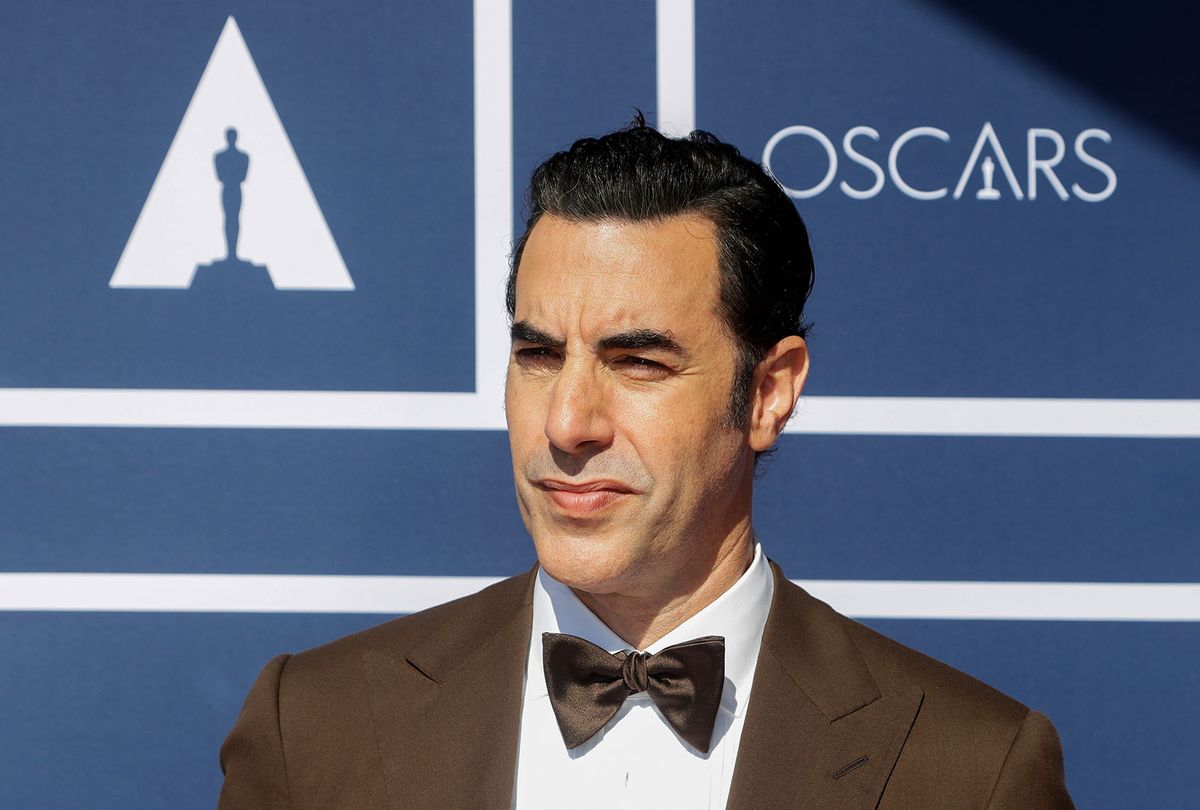 Over the past few days, "Borat" actor and satirist Sacha Baron Cohen has been making headlines for his involvement in not one but two lawsuits, involving a cannabis company and a prank on a disgraced politician, respectively.

On Tuesday, after a years-long legal battle, a federal judge finally threw out a $95 million lawsuit against Baron Cohen, filed by former Republican Senate candidate, Roy Moore. Baron Cohen, whose 2018 series "Who Is America?" followed the comedian's usual M.O. of speaking to unsuspecting real-life people while he's disguised as various characters. The series used this approach with numerous politicians, including Moore in one of its most popular skits, for which Moore promptly sued Baron Cohen.

In the skit in question, Baron Cohen poses as a fictional anti-terrorism expert named "Erran Morad" who claims he can detect sex offenders and pedophiles with a wand. When he waves it over Moore, the wand begins to beep. Moore had been accused of sexually assaulting and harassing several women, some when they were teenagers, decades ago during his tenure as a district attorney in Alabama.

In Moore's defamation lawsuit, he claimed Baron Cohen had committed fraud by interviewing Moore under false pretenses with a false identity, and also inflicted extreme emotional distress on Moore. U.S. District Judge John P. Cronan's decision dismissed Moore's suit because Baron Cohen's segment was "clearly a joke and no reasonable viewer would have seen it otherwise.

"It is simply inconceivable that the Program's audience would have found a segment with Judge Moore activating a supposed pedophile-detecting wand to be grounded in any factual basis," Cronan continues in the document found on Court Listener. "Given the satirical nature of that segment and the context in which it was presented, no reasonable viewer would have interpreted Cohen's conduct during the interview as asserting factual statements concerning Judge Moore."

The sexual assault allegations against Moore, investigated by the Washington Post in fall 2017, had derailed the Trump-backed, far-right Senate candidate's once promising campaign, despite controversy when Republican Party leadership continued to financially back Moore, seeming to shrug off the allegations in favor of his extreme anti-LGBTQ and anti-abortion stances. Baron Cohen's episode featuring his prank on Moore wouldn't release until months after Moore had already lost the special election.

Meanwhile, earlier this week, Baron Cohen himself filed a lawsuit against a cannabis company called Solar Therapeutics for copyright infringement, false advertising and misappropriation of his right of publicity, according to the Hollywood Reporter. At issue was a Massachusetts billboard depicting his famous character Borat, giving a thumbs up and exclaiming, "It's Nice!"

In his complaint, the actor's lawyer David Condon writes, "Mr. Baron Cohen never has used cannabis in his life. He never would participate in an advertising campaign for cannabis, for any amount of money."

And while Baron Cohen claims he has never taken any corporate or brand deal despite "countless offers," being "highly protective" of his image and his credibility as an actor and social activist, he takes particular issue with his image attached to a cannabis advertisement, believing the drug is unhealthy.

The billboard in question has been taken down, but a legal battle will likely ensue as The Hollywood Reporter reports Solar Therapeutics is presently declining to pay Baron Cohen for their unauthorized use of his image. The actor seeks trebled statutory damages, and actual and punitive damages and disgorgement of profits attributable to the billboard, as his legal complaint alleges the copyright infringement was willful.

Neither of these is the first lawsuit the controversial, influential political funnyman has faced, and knowing Baron Cohen and his line of work, it probably won't be the last.