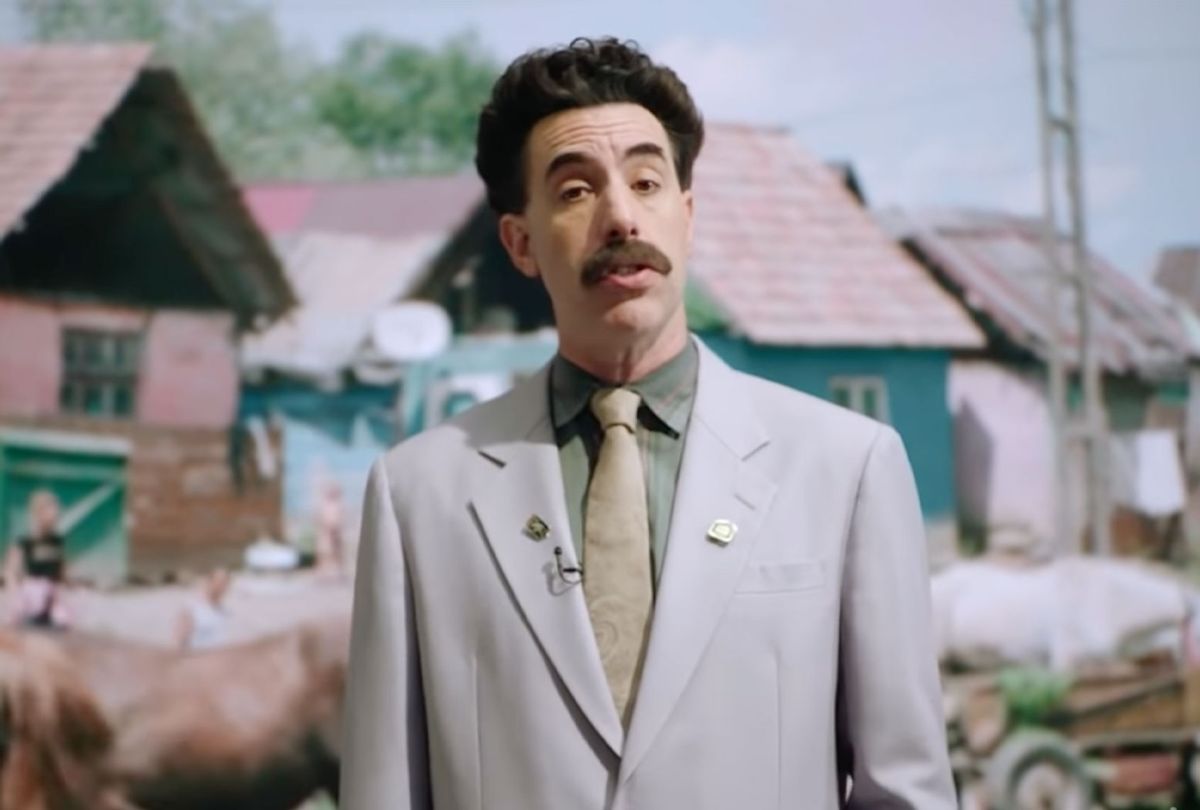 Brace yourself, Rudy Giuliani. Fervent fans of the Oscar-nominated "Borat Subsequent Moviefilm" are about to get much more of the Kazakh reporter's antics.

On Thursday, Amazon released a trailer for the studio's upcoming "Borat Supplemental Reportings Retrieved From Floor Of Stable Containing Editing Machine." As the verbose but helpful title indicates, additional bonus footage of Amazon's hit film will be coming to the streaming platform, packaged as multiple specials. The releases will feature never-before-seen insights into parts of the film that ended up on the cutting room floor.

The sequel "Borat Subsequent Moviefilm" had caught numerous headlines after the scene of Borat's daughter Tutar (Maria Bakalova) – duping former President Donald Trump's attorney Rudy Giuliani into sharing time alone with her in a bedroom – went viral. Upon the film's release, America's mayor lashed out, alternately insisting that he was just tucking in his pants and calling the entire scene  a "hit job." Baron Cohen has continued to troll Giuliani on social media and even in various acceptance speeches.

While it's not clear if there will be more of Giuliani to be had in the specials, according to the studio, the new footage will "reveal some of the danger and high wire acts that went into the creation" of the comedy.

Indeed, Baron Cohen had often spoken about how he had feared for his life during the filming of the sequel. In the trailer released for the "Supplemental Reportings" below, we can hear his real voice and accent as he breaks character fleeing an event.

"Go, go, go. Just keep going because if you stop you're going to get into a violent situation," he says.

But not everything will be quite as dramatic. "The specials include new footage from Borat's lockdown house with Jim and Jerry, the housemates with whom Baron Cohen (as Borat) lived for several days in the peak of the pandemic," adds the press release.

The trailer hints at more of those scenes in their cabin, including when Borat discovers how Amazon's "Alexa" device works (synergy!). We also catch glimpses of additional scenes with Tutar at a makeup store, and Borat incognito at the March for Our Rights event in Olympia, Washington.

"I am looking out on this diverse crowd with every shade of white, all waving machine guns," Borat says, addressing the crowd. "I have never felt safer."

A date has yet to be announced for the specials' release.

"Borat Subsequent Moviefilm" has earned a slew of awards and is also nominated for two Oscars: best adapted screenplay and best supporting actress for breakout star Maria Bakalova. The Academy Awards will be held on Sunday, April 25.