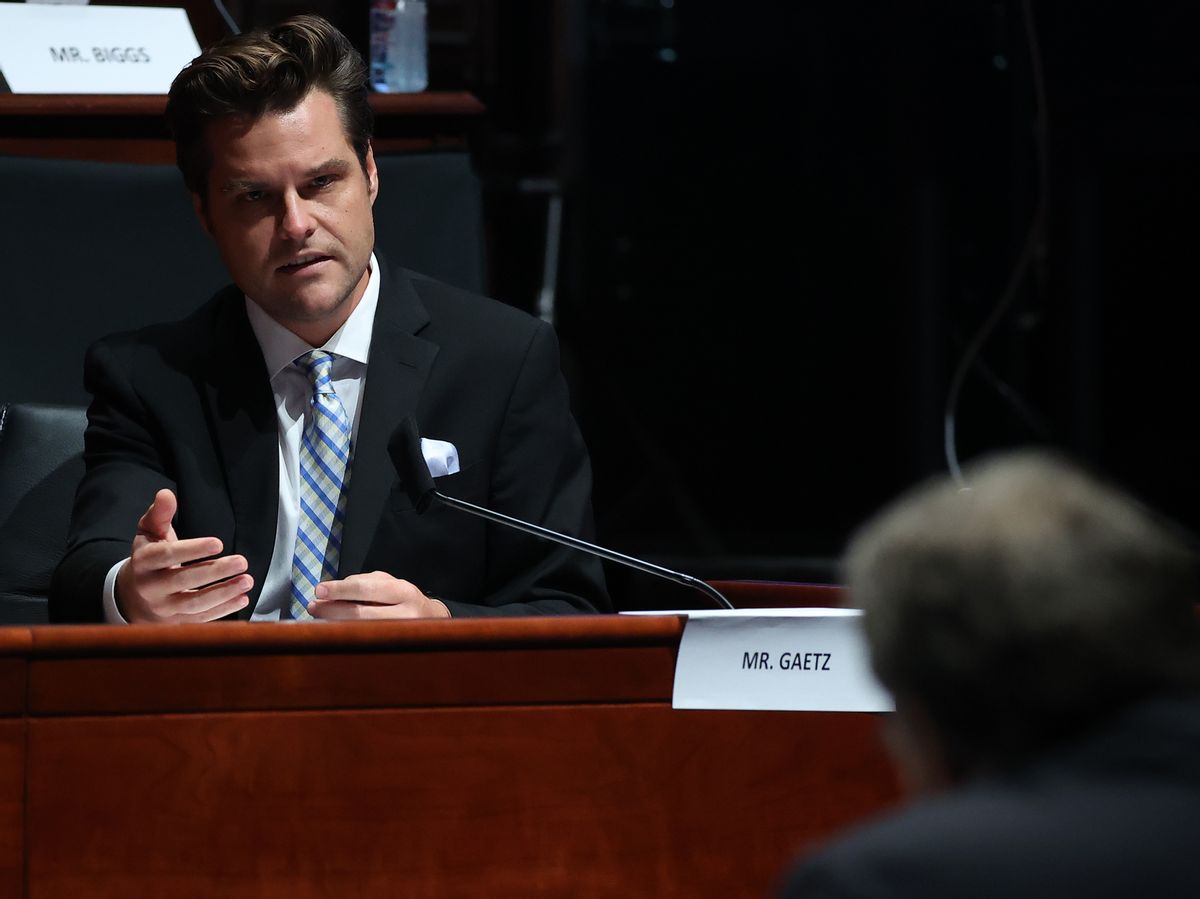 Gaetz, who is reportedly being investigated for child sex trafficking, spent $25,000 campaign funds on "legal consulting."

That was not the only expenditure that appears related to the Republican's scandals. Gaetz also paid $25,0000 to the law firm Zuckerman Spaeder, LLP. And he paid $825,000 to Harlan Hill's Logan Circle Group, which has been leading damage control following the child sex trafficking reports.

ABC News reporter Will Steakin noted that Gaetz paid $20,000 to an LLC linked to Roger Stone.

In April, The Daily Beast reported that Gaetz wingman Joel Greenberg wrote a confession letter to Stone in an effort to receive a pardon from then-President Donald Trump.

"On more than one occasion, this individual was involved in sexual activities with several of the other girls, the congressman from Florida's 1st Congressional District and myself," Greenberg wrote. "From time to time, gas money or gifts, rent or partial tuition payments were made to several of these girls, including the individual who was not yet 18. I did see the acts occur firsthand and Venmo transactions, Cash App or other payments were made to these girls on behalf of the Congressman."

Greenberg reportedly offered Stone $250,000 in Bitcoin to obtain a pardon. The pair were not pardoned and Greenberg pleaded guilty to six criminal counts -- sex trafficking of a child, production of a false document, aggravated identity theft, wire fraud, stalking and conspiracy to commit an offense against the U.S.