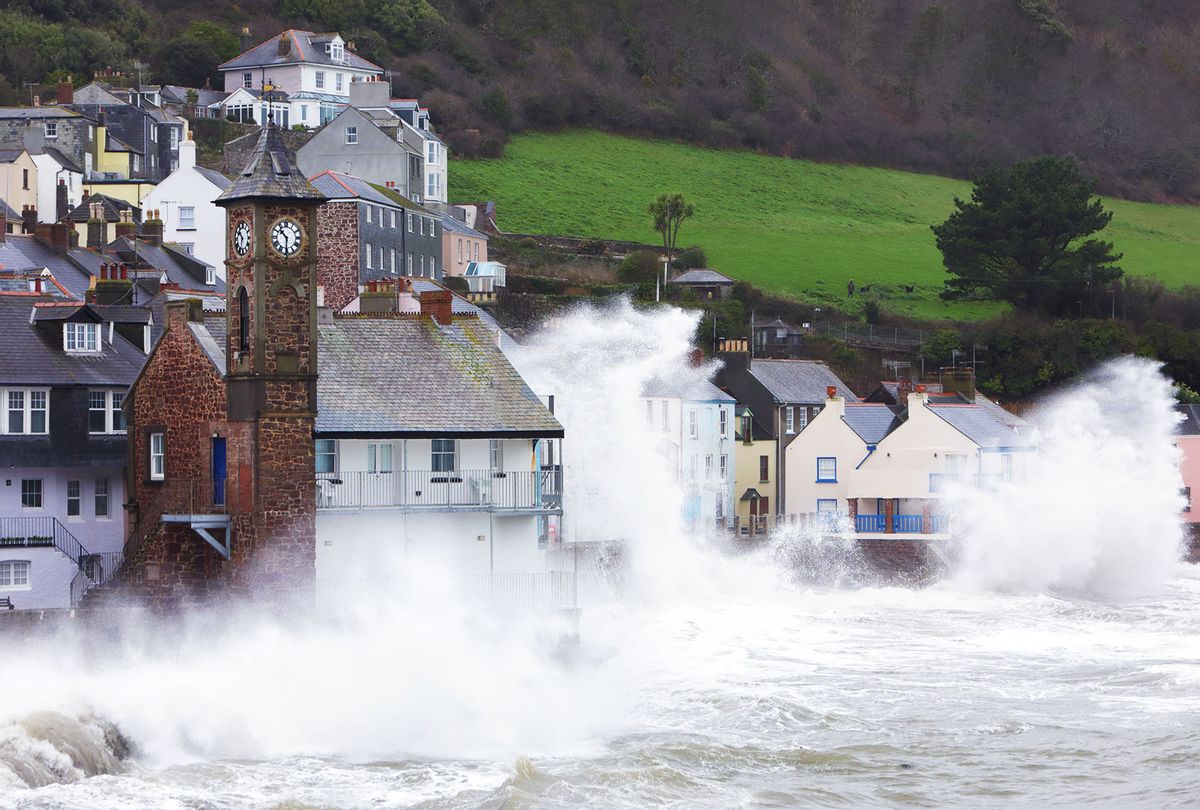 At the time of this writing, at least 120 people have been confirmed dead because of severe flooding in Western Europe. It is tragically likely that, when this story is over, the number will be significantly higher. A German weather service (DWD) spokesman told CNN that in some areas there has not been this much rainfall in 100 years.

These extreme weather events are inextricably linked to climate change, politicians and experts have noted. But there is another culprit, one above, that is also affecting the weather: a "wobble" in the orbit of the Moon.

Indeed, only days before the flooding, a study in the journal Nature Climate Change by scientists from NASA and the University of Hawaii warned that the Earth may experience record flooding in the mid-2030s because of changes in the Moon's orbit.

"Climate change causes a rise in sea levels which in turn increases the rate of high-tide floods," Harvard professor and astronomer Avi Loeb told Salon by email. "The gravitational force of the Moon pulls water in the oceans in its direction. The strength of the Moon's pull changes from year to year, as the moon 'wobbles' in its orbit, slightly altering its position relative to Earth on a rhythmic 18.6-year cycle." In one half of the cycle, Loeb explained, the moon's force on the Earth causes low tides to grow and high tides to shrink; during the other half, high tides get bigger and low tides get lower.

"We are currently witnessing the tide-amplifying part of the cycle and the next tide-amplifying cycle begins in the mid-2030s," Loeb pointed out. "By then, global sea levels will have risen enough to make those higher-than-normal high tides particularly troublesome."

But while the Moon's orbit is not something that humans can readily control, man-made climate change is the other half of the equation.

"Only if we take up the fight against climate change decisively, we will be able to prevent extreme weather conditions such as those we are experiencing," German President Frank-Walter Steinmeier proclaimed. Environment Minister Svenja Schulze publicly stated that "Climate Change has arrived in Germany."

"We will be faced with such events over and over," Armin Laschet, the premier of North Rhine-Westphalia and a candidate to replace Merkel as German Chancellor, declared in a statement. "And that means we need to speed up climate protection measures, on European, federal and global levels, because climate change isn't confined to one state."

While the extent to which climate change contributed to the historic flooding remains unclear, Laschet's warning in particular is indisputable.

"Climate change increases sea level relentlessly  and that is what increases nuisance flooding as well as all storm surges and coastal erosion," Kevin Trenberth, a climate scientist at the University Corporation for Atmospheric Research, wrote to Salon. "But the biggest effects are when things are aligned: high tide, a major storm with storm onshore wind component that piles up water along the coast and then adds big waves on top. The process is highly nonlinear, and the biggest effects are with big waves on a very high tide."

Ken Caldeira of the Carnegie Department of Global Ecology told Salon by email that the planet has natural variability when it comes to hot or cold spells, wet or dry periods. "It is the extremes that get us, not the change in average conditions. Coral bleachings happen when an ocean heat wave is exacerbated by global warming — turning an event that corals were adapted to into one that they are not prepared to confront," said Caldeira.

What the new study reminds us, he added, is the presence of a 18.6 year lunar cycle of waxing and waning tidal amplitudes. "This 18.6 year cycle, mapped on top of the daily monthly and other cycles, allow us to predict when the sea level rise caused by melting glaciers and thermally expanding seas will be most likely to impact human and natural systems," he noted.

Caldeira expressed hope that our knowledge about the impending coastal city disaster will compel policymakers to take the necessary steps to offset climate change. Unfortunately, he noted, "seas go up and down with the natural cycles, but human interference in the climate system causes the seas to move in one direction only — and that direction is up."

He added, "It is likely to be tens of thousands of years, at least, before nature can fully reverse human influence on sea level."