The bill Jeff Bezos doesn’t want you to know about 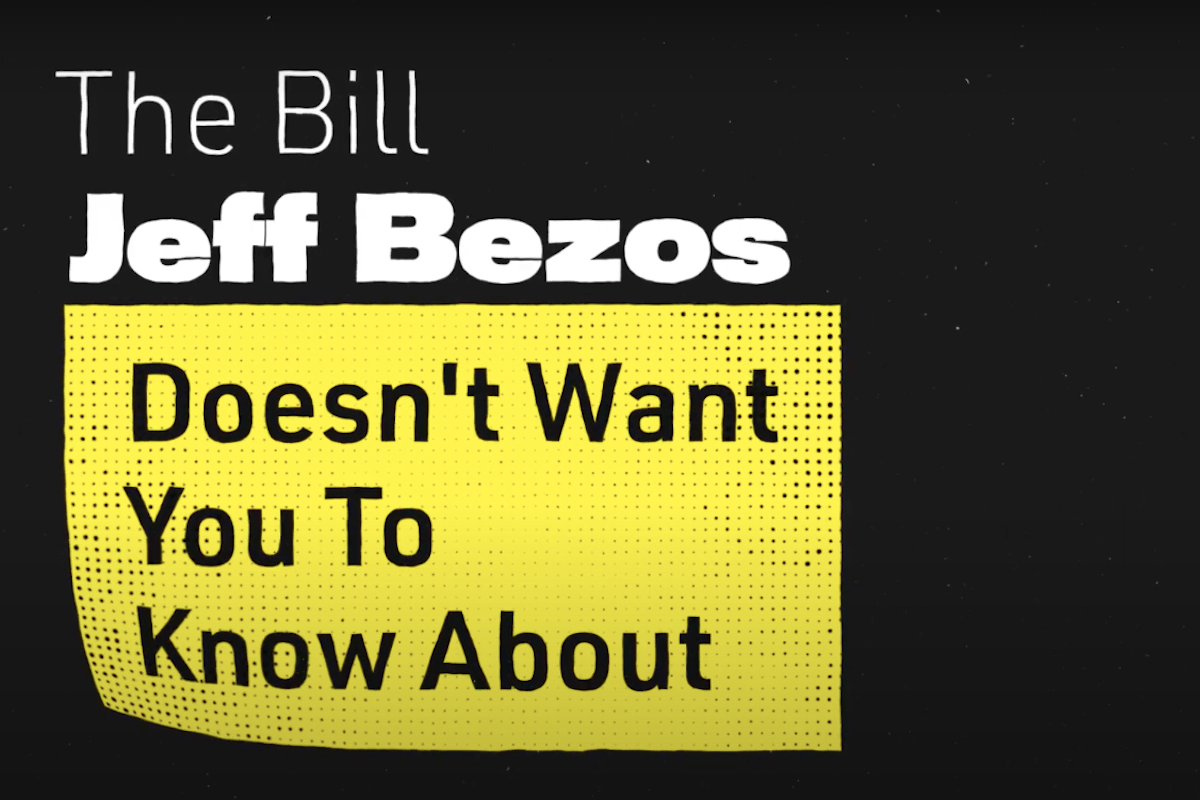 Amazon is emblematic of the long-term decline of America's middle class and historical levels of economic inequality. Lousy pay and unsafe working conditions across the American economy have fueled anger and frustration, drug overdoses and deaths of despair, and tempted some working-class people to embrace messages of fear, hate, and division.

Amazon and other architects of inequality don't just wield enormous economic power. They now wield immense political power, allowing them to get away with egregious labor law violations.  Even though public support for unions is as high as it's been in 50 years, when nearly 6,000 predominantly Black workers dared to try to unionize their Bessemer, Alabama warehouse, they were thwarted by Amazon's "shock and awe" union-busting campaign against them.  The National Labor Relations Act makes it illegal for employers to fire workers for trying to organize a union. But the penalties for violating the Act are so laughably small that employers like Amazon routinely do it anyway.

Amazon may be the future of the American economy, but if that future is to have room for the kind of prosperous working families we saw fifty years ago, we need strong unions. Research shows high union membership boosts middle class incomes and reduces inequality. Rebuilding worker power is critical to restoring broad-based prosperity.

In March, the House of Representatives passed legislation designed to level the playing field, the Protecting the Right to Organize Act. The PRO Act would end many of the practices Amazon used to defeat the union effort in Bessemer, and impose real penalties on companies who violate the National Labor Relations Act.  Crucially, it would send a clear signal that ours is truly a government "of the people."  Passing the PRO Act is a crucial. Let's make it happen.