Biden praises Fox News for finding the "courage" to pivot on vaccines: "They've had an altar call" 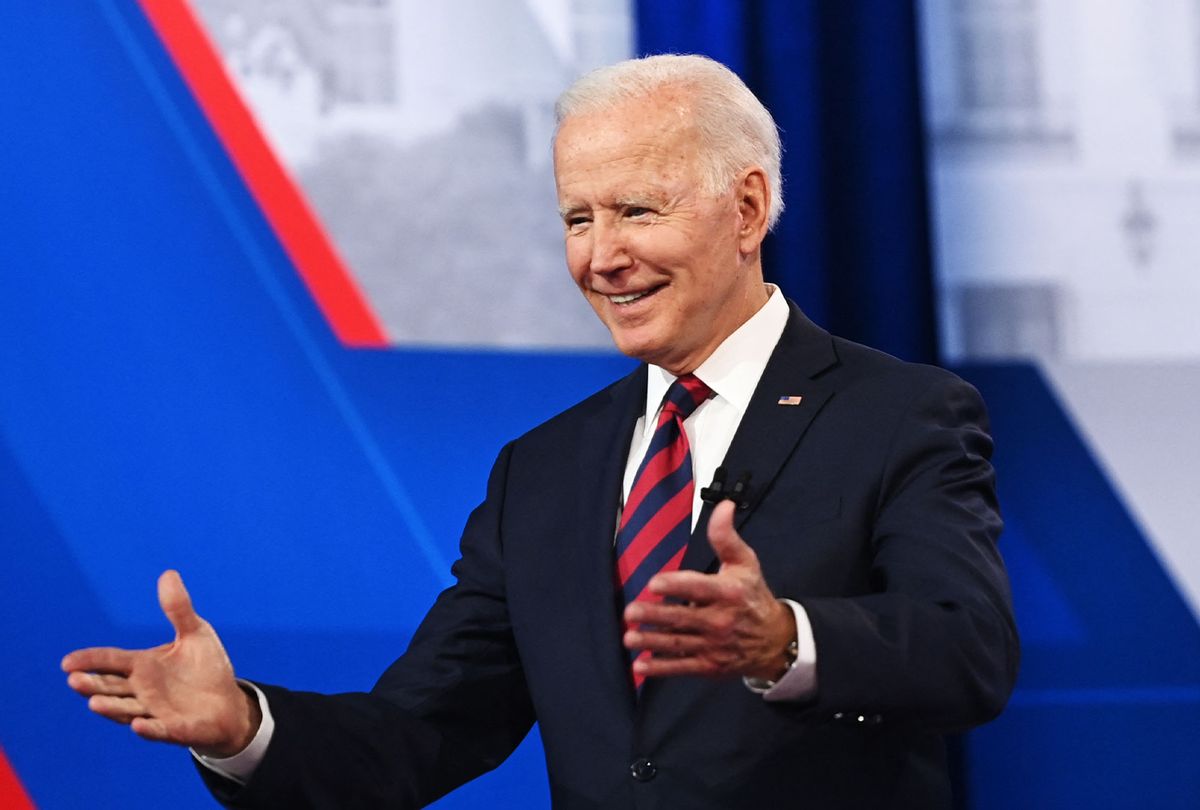 President Biden took a jab at Fox News on Thursday over the network's sudden change in the rhetoric surrounding the COVID-19 vaccine, suggesting that the channel had an "altar call" by ramping up its push to get viewers vaccinated.

"One of those other networks is not a big fan of mine, uh, one you talk about a lot, but if you notice, as they say in the southern part of my state, they've had an altar call, some of those guys," Biden without mentioning Fox News by name during a town hall televised on CNN Wednesday night. "All of a sudden they're out there saying, 'Let's get vaccinated. Let's get vaccinated.'"

The president repeated his comments to reporters after the town hall.

Biden's comments come after Fox News host Sean Hannity – who has been somewhat less anti-vaccine than his colleagues like Tucker Carlson and Laura Ingraham – told viewers that he "believe[s] in the science of vaccination," adding that they should "take COVID seriously."

Earlier on Monday, "Fox & Friends" co-host Steve Doocy likewise implored to viewers: "If you have the chance, get the shot, it will save your life."

Up until now, Fox News has been largely extremely critical of its safety and efficacy, often to a farcical degree. In fact, a Media Matters report last week found that Fox News has "undermined vaccination efforts in nearly 60% of all vaccination segments" from Jun 28 to July 11. Carlson and Ingraham have largely been at the helm of the channel's effort to fuel the flames of vaccine hesitancy, often downplaying the vaccine's efficacy or disparaging President Biden's rollout.

On Tuesday, White House Press Secretary Jen Psaki revealed that the Biden administration had directly reached out to Fox News, as well as other networks, regarding their programming around the Covid crisis in an effort to improve the rate of vaccination.

"We've been in touch with every network and many, many media outlets about coverage of COVID-19 to make sure people have accurate information, to voice concerns when we have them, and I think you all know we're never shy when we have an issue with a story," Psaki told reporters.

Fox, however, disputed the notion that any major discussions took place with White House officials and Fox top brass.

On Wednesday night, Fox News debuted a public service announcement formally encouraging its viewers to get the jab. In the ad, Doocy says: "America, we're in this together, and if you can, get the vaccine." The PSA then points Fox viewers to a link with information on how to register for vaccination.

This week, CNN reported that Fox Corporation – the parent company of Fox News – had quietly begun implementing its own "vaccine passport" system despite Fox News' blatant pattern of anti-vaccine rhetoric.