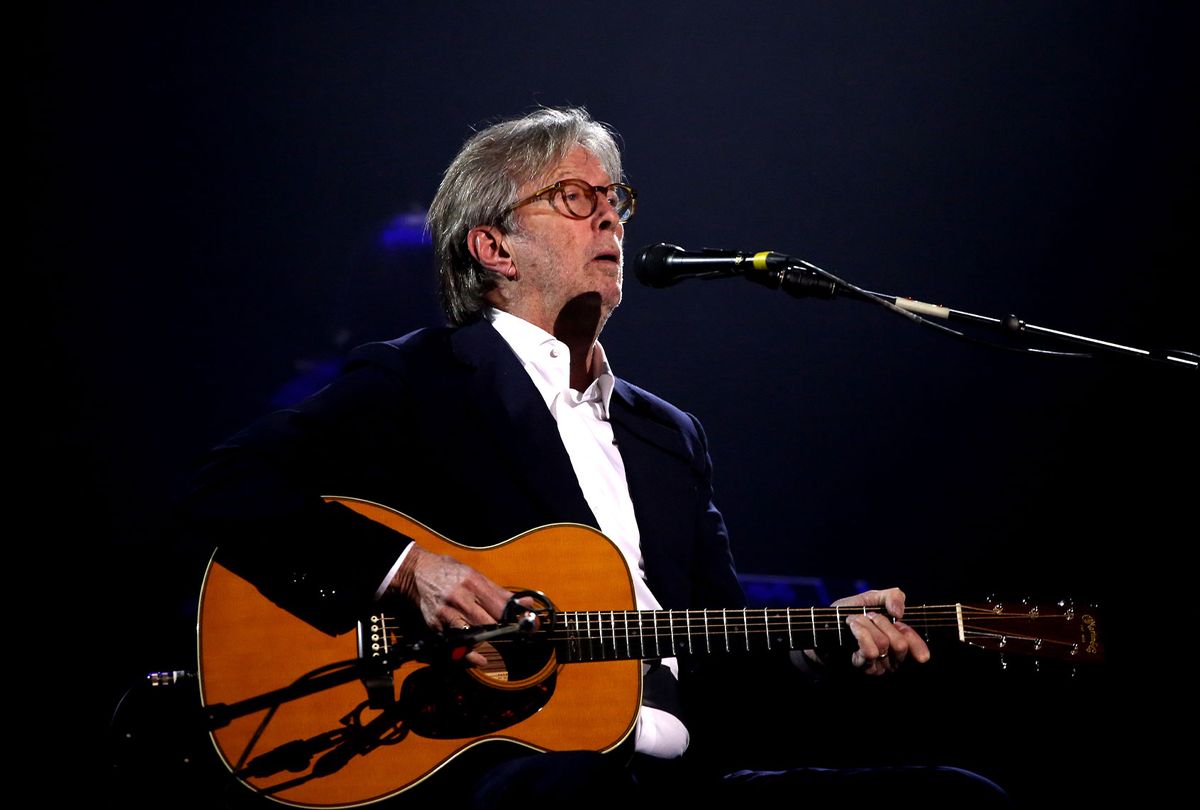 English musician and frequent conspiracy theorist Eric Clapton announced on Wednesday he'll no longer perform at any venues that require attendees to show proof of vaccination. The announcement comes after UK Prime Minister Boris Johnson's mandate that "vaccine passports" be required for entrance into nightclubs and venues by the end of September.

In Clapton's statement, he refuses to play at "any stage where there is a discriminated audience present."

"Following the PM's announcement on Monday the 19th of July 2021 I feel honor-bound to make an announcement of my own," Clapton said. "I wish to say that I will not perform on any stage where there is a discriminated audience present. Unless there is provision made for all people to attend, I reserve the right to cancel the show."

Along with his statement, he also re-shared a link to his anti-COVID lockdown musical collaboration with Van Morrison, "Stand and Deliver," in which the artists sing: "Do you wanna be a free man / Or do you wanna be a slave?"

It wouldn't be the first time basic public health precautions have been deceptively and offensively equated with slavery, or other devastating human tragedies throughout history. Here in the U.S., earlier this year, US Rep. Marjorie Taylor Greene stoked controversy even within her own party when she compared vaccine passports and requirements to the Holocaust.

Clapton's latest pledge comes after the three-time inductee to the Rock and Roll Hall of Fame has spent most of the pandemic condemning basic precautions to protect people from COVID, first criticizing the lockdowns instituted around the world. After being vaccinated, Clapton helped stoke fear and conspiracy theories about the vaccine by recounting negative experiences with the AstraZeneca shot on social media, and suggesting the side effects had been so "severe" that he was unsure he'd be able to play guitar again.

Lucky for us, that did not turn out to be the case, and Clapton is still performing — just not for venues that "discriminate" against the unvaccinated.

To be clear, contrary to Clapton's claims about the long-term "dangers" of the vaccine, research has shown side effects are often finished within the first days of being vaccinated, and the overwhelming majority of new COVID cases are among unvaccinated populations.

In either case, Clapton's next UK shows aren't scheduled until May of next year, Rolling Stone reports. He does, however, have several scheduled across North America this September.