Tucker Carlson slammed after attacking Capitol Police officer: He "has not served a day in uniform"

Harry Dunn’s lawyers said many of the insurrectionists he fought on Jan. 6 were no doubt fans of Fox News 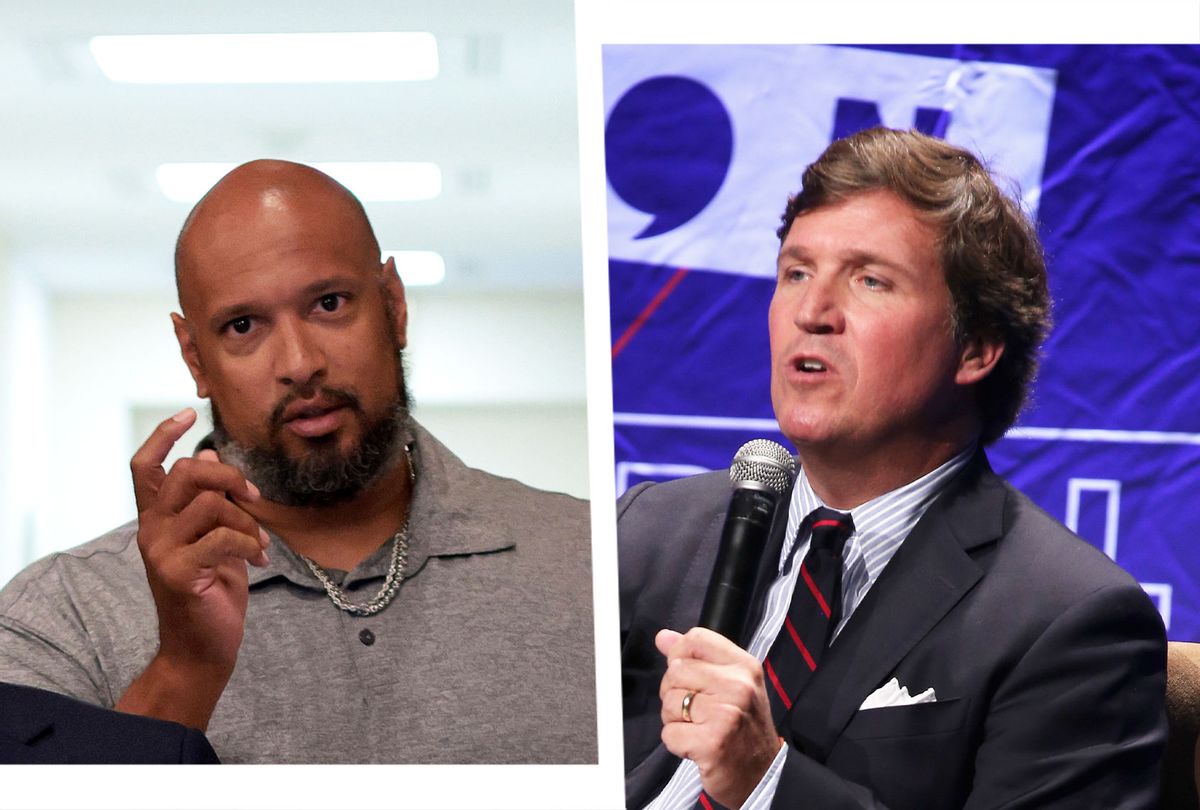 The attorneys for U.S. Capitol Police officer Harry Dunn issued a blistering statement slamming Tucker Carlson and Fox News after the host accused their client of being a political pawn. The Fox News host called the officer attacked during the Jan. 6 riot at the U.S. Capitol "an angry left-winged political activist" on Wednesday.

"Tonight Fox News allowed its host Tucker Carlson, who has not served a day in uniform, whether military or law enforcement, to criticize the heroism and service of African-American U.S. Capitol Police Officer Harry Dunn," the statement said. "Our client has served 13 years in law enforcement and on January 6, 2021, fought against an insurrectionist violent crowd ― no doubt many of them Carlson's supporters ― to protect the lives of our elected officials, including Vice President Pence."

On his Wednesday night program, the Fox News personality blasted the investigation into the Jan. 6 insurrection after House Speaker Nancy Pelosi refused to allow Representatives Jim Banks, R-IN, and Jim Jordan, R-OH, both of whom voted against the certification of Joe Biden's electoral college victory and one of whom may be a material witness to the events leading up to Jan. 6, to be appointed to the commission. House Minority Leader Kevin McCarthy, R-Calif, retaliated by yanking all the other congressmen he chose to serve on the committee.

Carlson went on to say "On Tuesday, Pelosi will call a Capitol police officer called Harry Dunn. Dunn will pretend to speak for the country's law enforcement community. But it turns out Dunn has very little in common with your average cop."

Dunn was among hundreds of police officers who battled rioters to protect lawmakers during the Jan. 6 attack. Since that day, he has spent time on Capitol Hill telling his story to convince Republicans to join a bipartisan investigation.

Dunn's legal team confirmed he is expected to testify next week on Tuesday before the House Select Committee.

"Frankly, the last thing Carlson wants is for the truth to emerge of what happened that day and why," Dunn's attorneys stated.