They're in the hole by more than $225,000 — after spending more than four times what the venture has raised 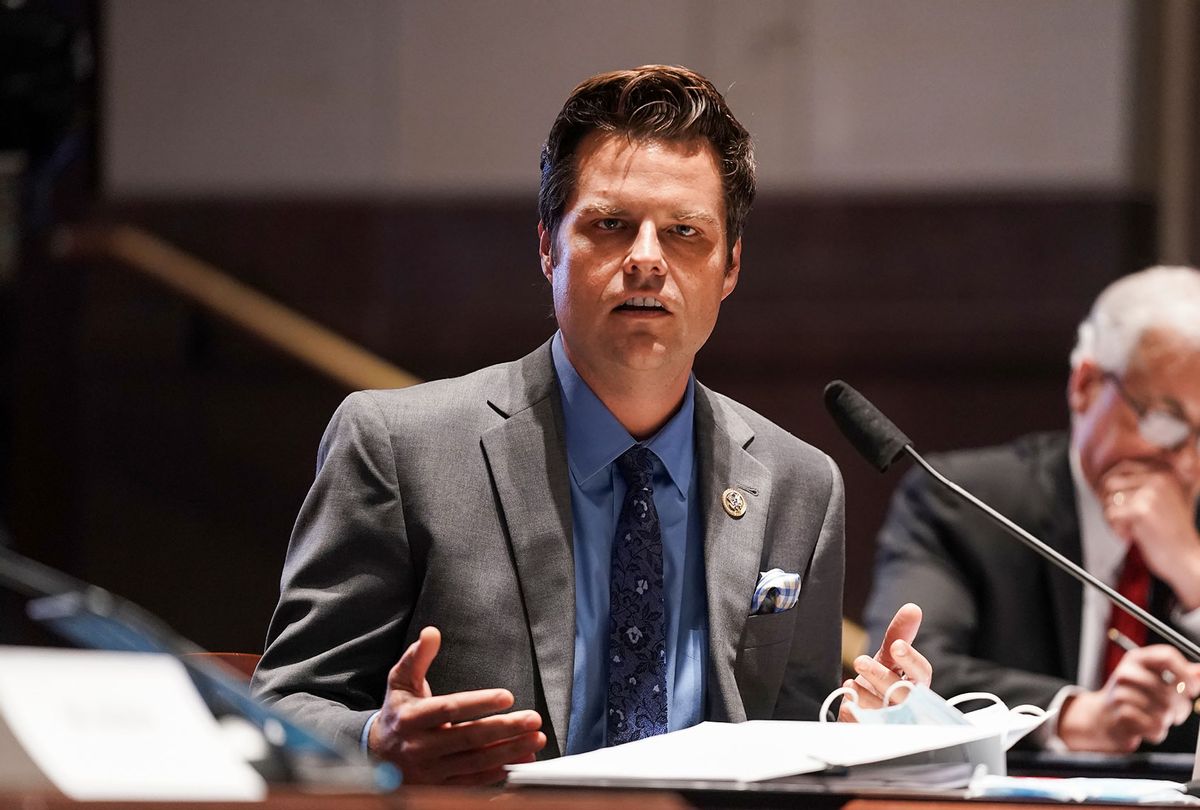 At a time when Rep. Matt Gaetz of Florida is facing a federal sex trafficking investigation by the U.S. Department of Justice, Rep. Marjorie Taylor Greene of Georgia has jumped to his defense and joined forces with him for a fundraising tour. The far-right MAGA Republicans are both aggressive fundraisers, repeatedly stressing their unwavering devotion to former President Donald Trump. But according to Daily Beast reporter Roger Sollenberger, the Gaetz/Greene tour has "spent four times as much as" it has raised.

Sollenberger explains, "Since Gaetz and Greene kicked off their joint fundraising committee with a May 7 event at The Villages in Central Florida, their campaigns and joint fundraising committee have posted a combined loss of $342,000. And according to recent filings with the Federal Election Commission, that joint fundraising effort, 'Put America First,' reported only $59,345.54 in contributions. That sort of meager haul would be fine for a dinner or one-time event, but Gaetz and Greene have repeatedly held high-profile events and spent a whopping $287,036.19 to hold them — meaning they're in the hole by more than $225,000."

Greene is great at earning small-dollar donations for her own war chest; she brought it $3.2 million during 2021's first quarter. When Greene says or does something controversial and is called out for it — which happens a lot — the pro-QAnon congresswoman often paints herself as a victim of persecution from Democrats, the Deep State, Never Trump conservatives and RINOs (Republicans in Name Only). And Greene is an expert at playing the MAGA grievance card in her fundraising e-mails.

But the Greene/Gaetz tour, according to Sollenberger, has been operating in the red.

"Both Gaetz and Greene contributed $150,000 apiece from their own campaigns to the joint fundraising committee," Sollenberger observes. "And they've raised money almost entirely from small-dollar donors. Only four people gave $500 or more to the shared committee. But their campaign tour of some of the most Trump-friendly areas in the nation has been inordinately expensive."

Sollenberger stresses that as a combination, Gaetz and Greene haven't been able to match what they have been able to bring in as individuals.

"Individually, Gaetz and Greene raised $1.34 million and $1.31 million in the second quarter of 2021, respectively," Sollenberger observes. "Those totals are certainly impressive, and Gaetz and Greene could argue that the publicity from their circuit is helping them fundraise individually. Except, they're not making that argument, and both candidates have actually raised less in this most recent quarter than they did in the first."

Regardless, it appears that the tour is going to continue.

According to Sollenberger, "Greene, who has shown GOP leadership her value as a fundraising powerhouse, still apparently sees reason to go forward, at least according to the Gaetz campaign. A spokesperson for the Florida Republican told the Daily Beast that Greene had personally committed to future events."