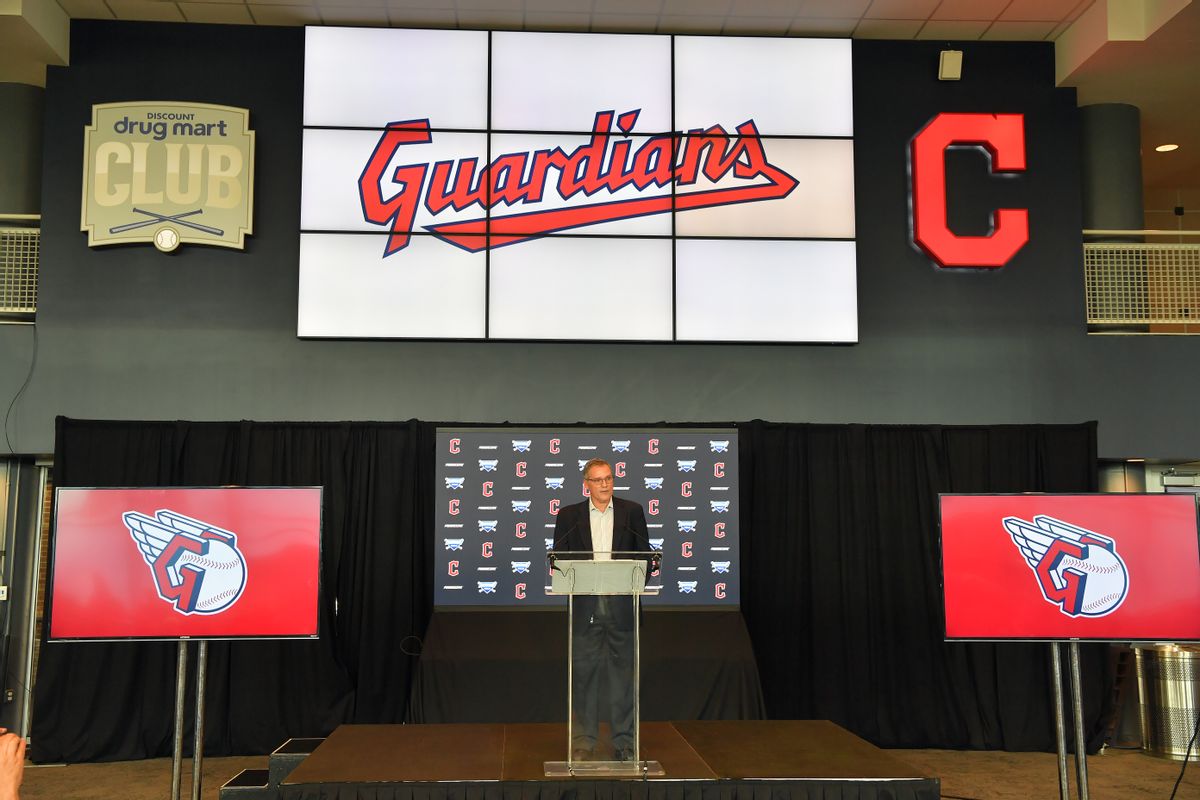 The Cleveland Indians announced Friday they were changing the name of their club next season to the Cleveland Guardians — a change hailed by Native American groups that's been in the works for nearly a year.

But not everyone was happy about it.

Team owner Paul Dolan released a statement following the announcement, acknowledging "the name change will be difficult for some of us, and the transition will take time."

"It is our hope and belief this change will divert us from a divisive path and instead steer us towards a future where our fans, city, and region are all united as Cleveland Guardians."

Most of the people Dolan was referring to, apparently, were right-wing pundits and conservative politicians across the country — many with no apparent ties to either the city or the team — who decried the club's decision almost unanimously.

"And just like that, the Indians adopt the dumbest, most pointless name in major professional sports," Rich Lowry, the editor of conservative publication The National Review, wrote on Twitter.

Much of the animus seemed to stem from the fact that the "guardians" referred to by the team are local icons that are not well-known outside the city — four New Deal-era statues, the "Guardians of Traffic," that overlook a bridge near the team's stadium, Progressive Field.

Even former President Donald Trump got in on the action, releasing a vitriol-filled statement that called the name change "such a disgrace," among other things.

"I guarantee that the people who are most angry about it are the many Indians of our Country," he said. "A small group of people, with absolutely crazy ideas and policies, is forcing these changes to destroy our culture and heritage. At some point, the people will not take it anymore!"

White House press secretary Jen Psaki was even asked about the change at a briefing Friday afternoon, responding to a reporter who said it had "already become an issue in the Ohio Senate race" — a statement based, apparently, on a single tweet from Republican Ohio Senate candidate Josh Mandel which said, "goodbye history and tradition, hello woke political correctness."

"We certainly support their change of name," Psaki said. "We may be on the other side of the former president on that one, I would imagine."

"We hold tight to our roots, and set our sights on tomorrow. Let's go Guardians #OurCLE," Brown wrote on Twitter.