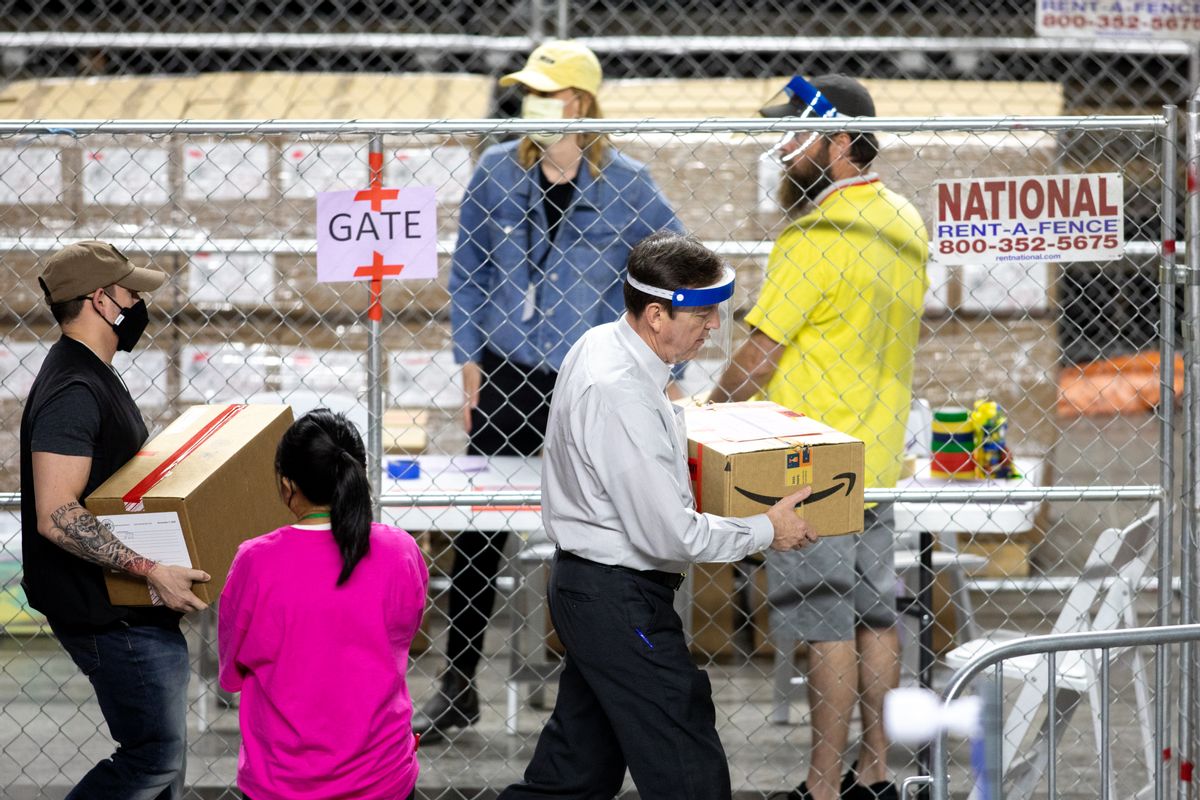 Republicans once referred to Ken Bennett as the "director" of their widely-panned audit of votes in Maricopa County, but he has reportedly lost his privileges to even enter the building where the fiasco is taking place.

Bennett, who served as Arizona's Secretary of State and president of the state Senate, was the one person associated with the recount with experience in elections. He was officially listed as the liaison to the state Senate, which paid $150,000 of the $9 million the audit is reportedly costing.

"Questions are mounting about who is in control of the long-running partisan review of Maricopa County's 2020 election results — the Arizona Senate, which ordered it, or the outside firms that are running it," The Arizona Republic reported Friday evening. "On Friday, Ken Bennett, the Senate liaison to the audit, was not allowed into the building at the state fairgrounds where the audit is taking place, a day after he shared data with outside critics from an ongoing ballot count."

"While this work is supposedly being overseen by Senate representatives, many times that oversight is not there," the newspaper noted. "The Cyber Ninjas have for weeks resisted getting outside checks of the audit, insiders say."

Reporter Ryan Randazzo explained why the outside review is threatening.

"The data Bennett provided to outside analysts, Larry Moore and Benny White, showed the results of the ongoing machine count of the ballots tracks very closely with the the county's tally," the newspaper reported. "If that trend continues, it may call into question the results of Cyber Ninja's count, because [Senate President Karen] Fann has said that the Cyber Ninjas' count did not match the county's."

The newspaper reported Cyber Ninjas spokesperson said any decision to ban Bennett was made by Fann's office.