Does your cat love you? Here's what the science says

Does kitty love me, or just love that I feed her? Animal behaviorists get to the bottom of it 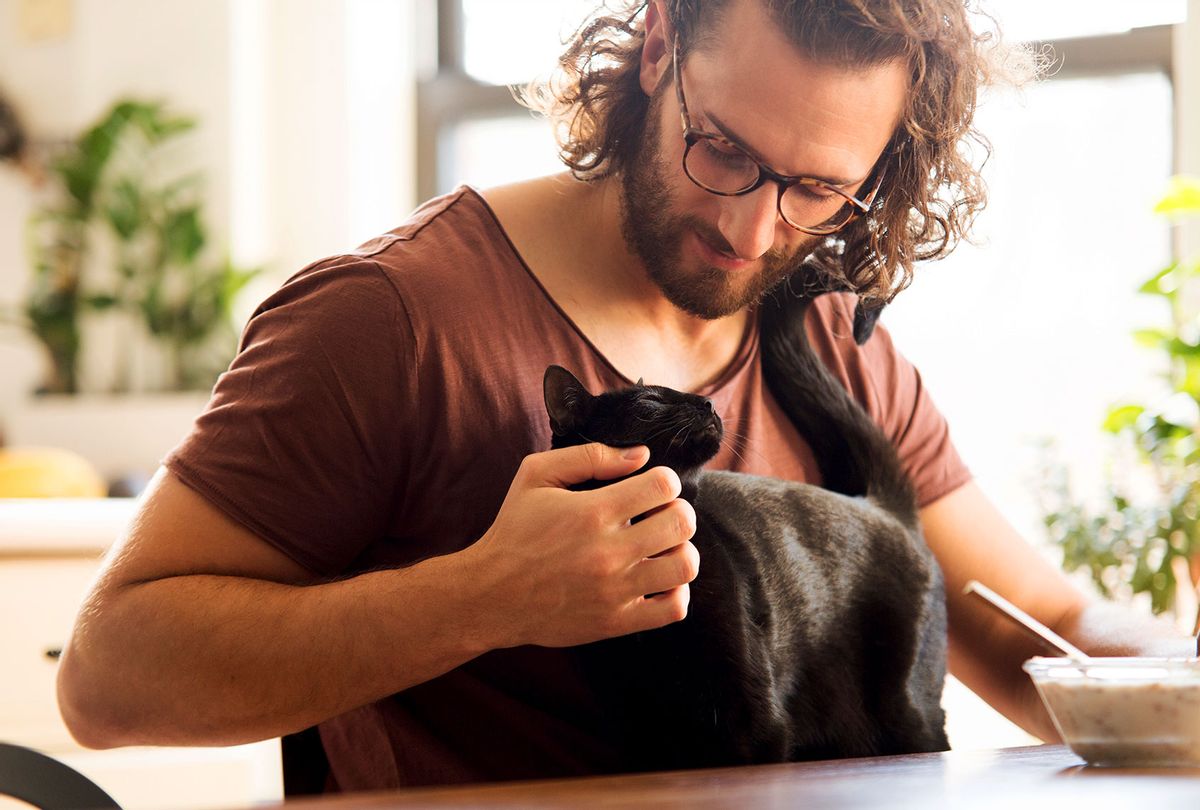 Cat owners may find it preposterous that scientists even question whether cats truly love their humans.

Those who have felt their cat affectionately rub against their leg, or looked into its understanding eyes, know the solace and comfort that felines can bring. Yet cats are as motivated by food and shelter as many humans, and there is an evolutionary advantage to them feigning interest in their masters in exchange for such things. Modern science allows us to peer into animals' brains, yet to truly know the answer to such a question would require asking animals to verbalize their feelings directly — and except for a few rare instances, animals cannot speak human languages.

One study in PLOS One suggests that cats are, at the very least, more independent than their canine counterparts. Animal behavior experts Alice Potter and Daniel Simon Mills wrote that "adult cats are typically quite autonomous, even in their social relationships, and not necessarily dependent on others to provide a sense of security and safety." Humans may not feel the same way: A 1994 study in the journal Psychological Reports found that humans who have cats as pets feel unconditionally loved by them, and that the sense of emotional comfort and pleasure is healthy for them.

"Although I wish we could, we cannot get into the brains of cats and know if they feel 'love,'" Dr. Stacy Choczynski Johnson, DVM, veterinarian on staff for Pumpkin Pet Insurance, told Salon by email. "It's a complicated emotion and this feeling of love is up for debate."

Yet this does not mean that it is unprovable that your cat is emotionally invested in its relationship with you.

"Cats certainly feel attachment to their owners which could be considered a form of affection or love," Johnson added. "Even outdoor feral cats form an attachment bond because we provide food and shelter. We also bond with our cats through play and entertainment."

Samantha Bell, a cat behavior expert at Best Friends Animal Society, noted that cats display their sentiments toward us in observable ways.

"While there's no scientific way to measure love in regard to cats, I do believe they can feel great affection towards humans and each other," Bell wrote to Salon. "I can say with certainty that we can help them feel safe and comfortable. And we can tell they enjoy being around us when they sit on our laps, stick around and don't leave, purr, etc."

Bell noted that cats, like humans, have different ways of gauging affection — similar to the human "love languages," a pop psychology explication of how humans express affection in different ways that is currently in vogue.

"Every cat has their own personality, and some show more affection than others," said Bell. "I have one cat that sleeps on my pillow and another who sleeps at the foot of the bed. They both 'love' me, in my opinion — they just show it to varying degrees."

Yet while cats are individually expressive, there are certain general tendencies that offer clues about their thoughts and feelings. Johnson told Salon that cats communicate through "physical, vocal and chemical cues," from purring and blinking to sharing their pheromones by rubbing their cheeks against you. That last one is done to "mark people and objects as being familiar and comforting." They will also illustrate trust by leaning in or arching their backs when you pet them, allowing you to access vulnerable areas like their bellies, and greeting you when you arrive and using their tongues to groom you. For that matter, if your cat tolerates your presence in areas where it might otherwise be defensive (such as its bed), that too is a sign of affection.

The reasons for these behaviors relate to evolution. For the most part, cats in the wild are solitary predators and avoid social groups (lions are an exception). Those cats that formed an alliance with humans have adapted to being in a pack, but unlike dogs they are not innately pack animals. One could argue that, in a sense, you should be honored when a cat decides that it views you as family and wants you to stick around.

"When cats are comfortable around other cats, they'll rub on them and spend time and sleep near them," Bell explained. "If your cat is doing these things with you, they likely see you as one of them — one of the family."