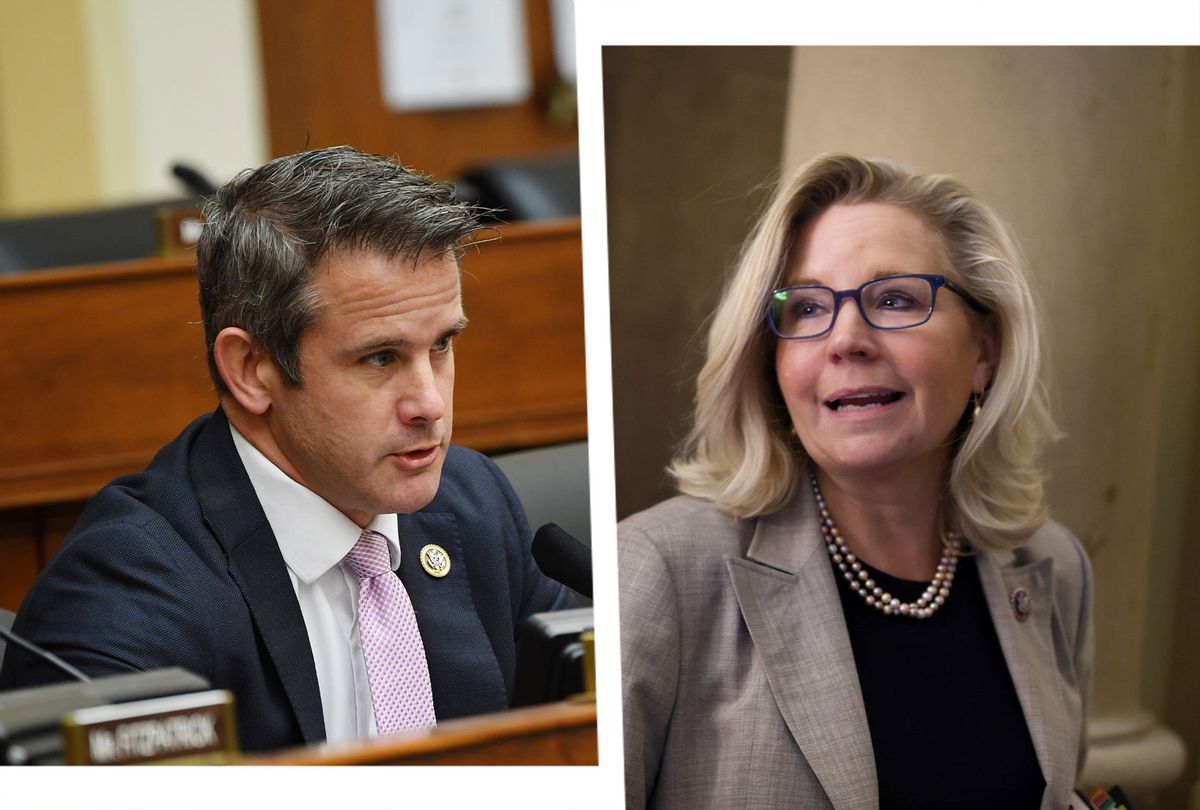 Pelosi, who already added Cheney to the committee earlier this month, announced on Sunday that she would also appoint Kinzinger, one of the few Republicans who voted to impeach former President Donald Trump after the riot, in response to McCarthy pulling all of his choices from the committee when Pelosi blocked two of his picks.

"I'm a Republican dedicated to conservative values, but I swore an oath to uphold and defend the Constitution—and while this is not the position I expected to be in or sought out, when duty calls, I will always answer," Kinzinger said in a statement, criticizing members of his own party for spreading "lies and conspiracy theories."

A growing number of House Republicans, nearly all of whom voted against creating an independent bipartisan commission to investigate the riot, responded by calling on McCarthy to strip Cheney and Kinzinger of their committee assignments.

"Kevin McCarthy should be stronger in taking action against Adam Kinzinger and Liz Cheney," Rep. Matt Gaetz, R-Fla., who is facing a federal investigation into alleged child sex trafficking, said on Twitter. "If they're going to take Nancy Pelosi appointments to committees, we should probably remove them as Republican representatives on the House Armed Services and Energy & Commerce committees."

Rep. Scott Perry, R-Pa., a member of the conservative House Freedom Caucus, called on Rep. Elise Stefanik, R-N.Y., who replaced Cheney as the chair of the House Republican Conference,  to call a "special GOP conference" to "address appropriate measures" in response to the committee appointments.

Many House Republicans, particularly members of the Freedom Caucus, have echoed that sentiment behind the scenes, according to CNN.

"There's a lot," an unidentified House Republican told the network. "Supporting Pelosi's unprecedented move to reject McCarthy's picks was a bridge too far."

"Plenty of people wondering the same things," added another Republican. "If they are accepting appointments from Nancy Pelosi rather than the GOP, haven't they already effectively left? Perhaps they should ask Speaker Pelosi for committee assignments?"

But it's unclear whether the GOP effort would even work.

"While McCarthy could remove Cheney and Kinzinger from their other committees, Pelosi ultimately controls committee membership. She could theoretically just re-appoint them to their current posts," CNN reported.

McCarthy earlier this month threatened to strip GOP members of their committee assignments if they accepted Pelosi's offer to sit on the committee. Cheney defied McCarthy and accepted Pelosi's invitation at the time while Kinzinger scoffed at the ultimatum. "Who gives a shit?" he told Politico.

"It would speak volumes if he took away their committee assignments to 'punish them' for upholding their oath to protecting our democracy," a spokesperson for Kinzinger told CNN on Monday.

Despite his earlier threat, McCarthy was noncommittal on Monday, telling reporters that "we'll see" if he decides to punish the two members. McCarthy did, however, label Kinzinger and Cheney as "Pelosi Republicans," a notion House Democratic Leader Steny Hoyer, D-Md., blasted as "absurd" given Cheney's and Kinzinger's extensive conservative voting record.

"These are the people who come from conservative Republican districts who have represented Republican values," Hoyer told MSNBC. "The difference is, and this is key, they both believe in the truth. That ought not to be a partisan issue."

Rep. Adam Schiff, D-Calif., a member of the January 6 committee, told CNN that the blow-up over Republican additions to the panel shows that the GOP has become an "anti-truth party."

"It just shows how hollow that party has been," he said, "how much it has been hollowed out by the former president and it's really more of a cult of his personality now."