Does Eric Trump’s recent silence suggest that he is in legal trouble? 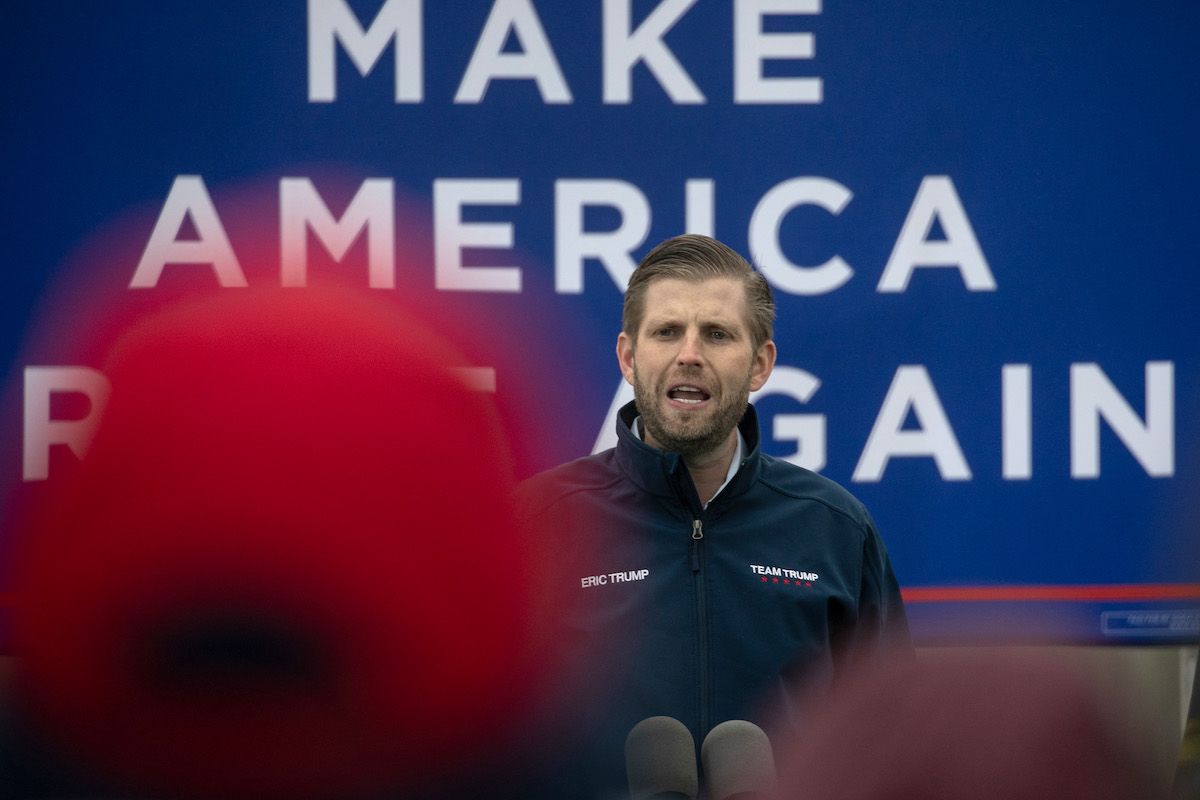 Queerty editor Graham Gremore made an observation Monday that could say a lot about Eric Trump's involvement in pending lawsuits involving Allen Weisselberg and the Trump Organization.

As Gremore noticed, the middle Trump son hasn't posted anything to his social media for about 10 days, the longest stretch he's ever gone in the past 5 years. The last thing he posted was a photo of he and his wife on a yacht. That could mean that the couple is outside of cell service on an extended vacation, but it begs the question of why his wife Lara is still tweeting and doing interviews.

Ivanka Trump is keeping a low profile as well, under the claim that she and her family are "distancing" themselves from the former president. Trump biographer Michael D'Antonio believes that the truth is that Ivanka is also in legal "peril" for doing some of the same things Weisselberg is accused of.

Eric may have finally gotten the memo, said Gremore, though it appears Donald Trump Jr. has not.