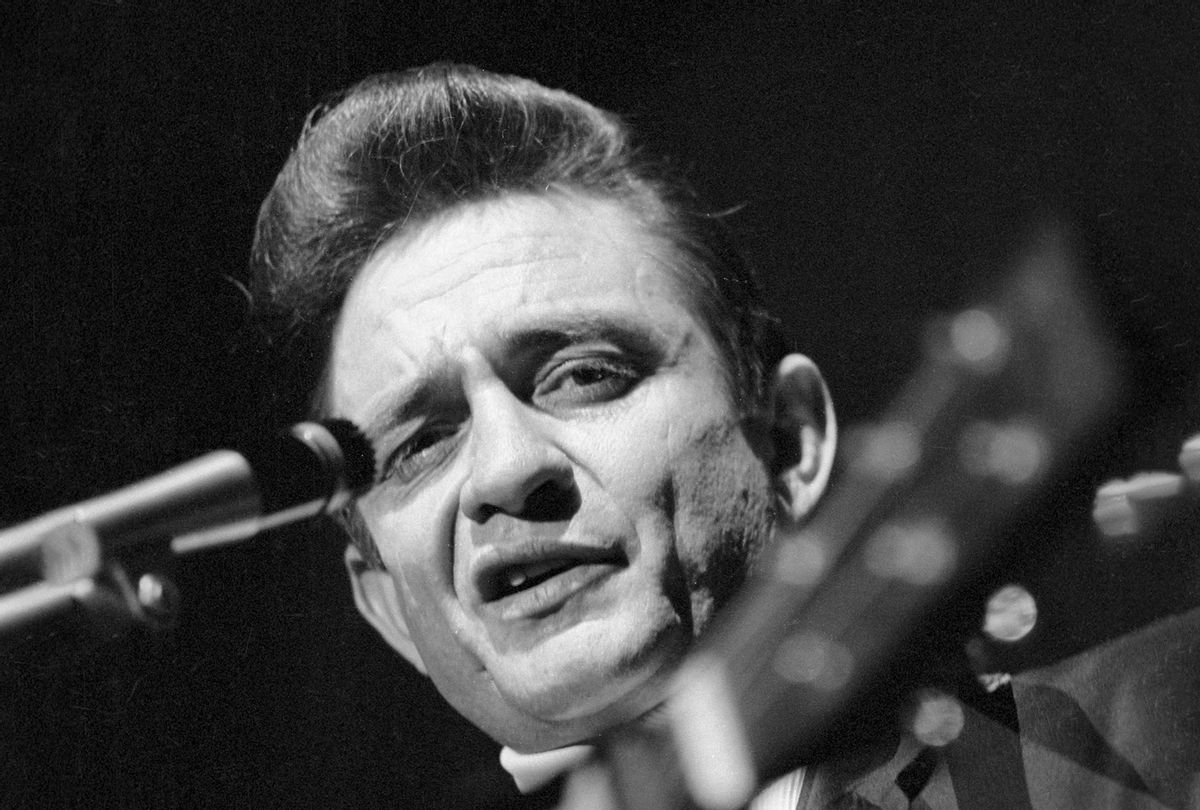 For American music legend Johnny Cash, "At Folsom Prison" was a watershed moment. The live album, released in May 1968, changed everything for the country and western star. By that juncture, Cash was increasingly on the road to becoming a has-been. An out-of-control drug habit had left him reeling in recent years, flailing when he should have been making good on the promise of such early classic hits as "Ring of Fire" and "I Walk the Line."

But first there was the Carousel Ballroom. With wife June Carter dead-set on helping her husband to clean up his act, Cash and his backing band, the Tennessee Three, played the San Francisco venue at the apex of the Haight-Asbury period. To say the least, Cash's roots sound was a far cry from the psychedelic excesses of the era. With such a strange pairing in the offing — country music meets the tie-dyed set — something special was bound to happen.

For John Carter Cash, the concert proved to be a revelation: "what I believe to be one of the most intimate and connected shows I have ever heard," according to press notes. Performed on April 24, 1968, scant weeks ahead of the release of "At Folsom Prison," the Carousel Ballroom show has been captured in all its glory for an upcoming release by Legacy Recordings.

The concert was originally captured by audio engineer Owsley "Bear" Stanley, who frequently shared his talents with the Grateful Dead. When it came to recording Cash and his band — which featured Luther Perkins, Marshall Grant, and W.S. Holland — at the Carousel Ballroom, Stanley was determined to present the country music star in a new light.

As the engineer's son Starfinder Stanley recalls, "Bear's recording gives us an entirely different perspective on Johnny's live sound during this creative peak, and is probably the closest to what it actually sounded like to be in the audience for a Johnny Cash show in 1968. There's an idiosyncrasy to this recording; on every other Johnny Cash record you've ever heard, Johnny is centered in the stereo soundstage. But on this one, Johnny is entirely on the right channel, and the Tennessee Three are all on the left. That's a bit weird until your brain adjusts, but you quickly realize that you've been set right between Johnny and his band."

And once the listener's brain makes the necessary adjustment, John Carter Cash's words become ineluctably clear: Bear Stanley's audio mix places you front and center, enhancing the intimacy of the concert experience in a most unusual and highly impactful fashion. Fans can check out the recordings, which have become available with such teasers as "Going to Memphis," and, as of today, "Cocaine Blues." With the latter song, Cash's longstanding battle with drug abuse is on display, with the artist battling his private demons on a very public stage.

For Cash, the Carousel Ballroom show finds him on the cusp of a reinvigorated career. After "At Folsom Prison," the artist would score his first number-one album on the Billboard pop charts on the strength of "A Boy Named Sue." In short order, Cash would land his vaunted ABC television variety show, and his fame would never be in jeopardy again.