Scarlett Johansson sues over "Black Widow," while Disney calls out her "callous disregard" for COVID

Johansson claims she's owed more compensation, but the studio is painting her lawsuit as "sad and distressing" 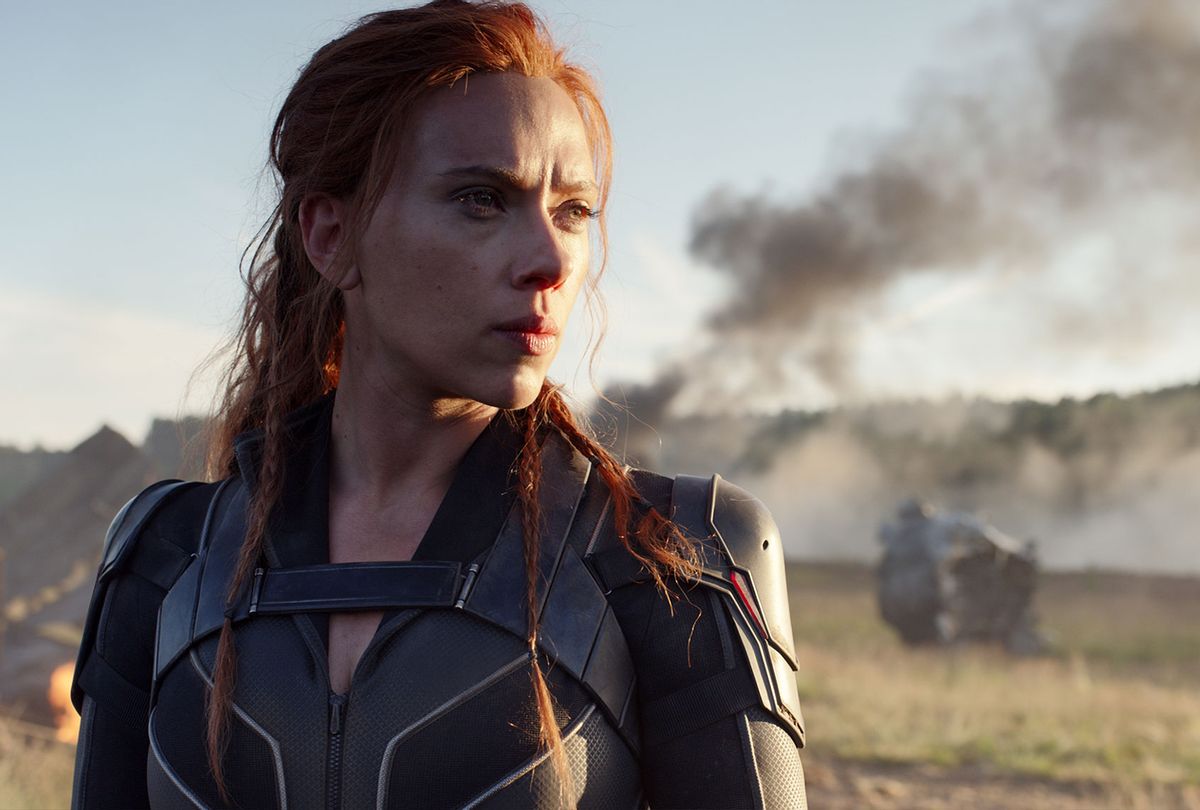 Scarlett Johansson is suing Disney for releasing her recent Marvel Studios hit, "Black Widow," on its streaming service, rather than exclusively in theaters, Buzzfeed News reports. Sources close to Johansson, who plays the titular Black Widow, say that the inclusion of "Black Widow" on Disney's streaming service cost the actor an estimated $50 million.

According to Johansson's lawsuit, which was submitted to Los Angeles County Superior Court on Thursday, the actor seeks unspecified monetary and punitive damages, and claims she was promised an exclusive release in theaters. Per this previous agreement, her compensation for "Black Widow" would "be based largely on box office receipts. The film was originally slated for a 2020 release, but was delayed due to COVID. When it finally debuted on July 9, it was simultaneously released in theaters and on Disney+ via Premier Access, which includes a fee.

Johansson's lawyer John Berlinski said in a statement to Buzzfeed that Disney's choice to release "Black Widow" on Disney+ is part of an effort to "increase subscribers and thereby boost the company's stock price," and that Disney is "hiding behind COVID-19 as a pretext to do so."

"Ignoring the contracts of the artists responsible for the success of its films in furtherance of this short-sighted strategy violates their rights and we look forward to proving as much in court," Berlinski said.

Disney has since responded with a statement, reading, "There is no merit whatsoever to [Johansson's] filing," and claims the company complied with Johansson's contract. "The lawsuit is especially sad and distressing in its callous disregard for the horrific and prolonged global effects of the COVID-19 pandemic," the studio says.

Disney also claims "the release of Black Widow on Disney+ with Premier Access has significantly enhanced her ability to earn additional compensation on top of the $20M she has received." But as Variety points out, the company hasn't specified whether it renegotiated with Johansson to ensure she could share in the streaming rental revenue for her movie.

Over the course of the pandemic, several movies that would have otherwise been box office hits delayed their releases, pivoted to streaming instead, or, especially as of this summer, released in both theaters and on streaming platforms, like "Black Widow." "Wonder Woman 1984," which released in December on HBO Max, involved a deal between Warner Bros. and agents for director Patty Jenkins and Gal Gadot, which saw both paid millions to compensate for lost box office earnings.

In contrast, Johansson's legal complaint alleges Disney repeatedly declined to negotiate or come to an alternative "understanding" with her team, as her movie's release was repeatedly delayed, and released immediately to streaming platforms despite an established agreement between Johansson and Disney.

Since the lawsuit became public knowledge Thursday, the internet has had a mixed reaction. Some have pointed out that we're still very much in the throes of a deadly pandemic, and an exclusive theater release might not have been in the best interest of public health. Simultaneously, if the claims of Johansson's legal team are true, it's ironic to watch the lead actress of a movie about women's empowerment and liberation denied the financial compensation that she claims she was promised — especially when the pay gap in the entertainment industry and nearly all workplaces remains so persistent.

Johansson, who was the highest paid actress of 2019, has long carried the MCU on her shoulders with her iconic performance of Natasha Romanoff, but somehow only received her one, singular solo movie in 2021. Now, if the claims in her legal complaint are true, she faces an uphill battle to get paid what she says she was promised for a movie that frankly should have been made a long time ago.

As the pandemic persists and streaming services become increasingly dominant, Johansson's lawsuit could have major implications for the future of cinema.