Amanda Knox calls out new Matt Damon movie "inspired" by her story: “Does my name belong to me?” 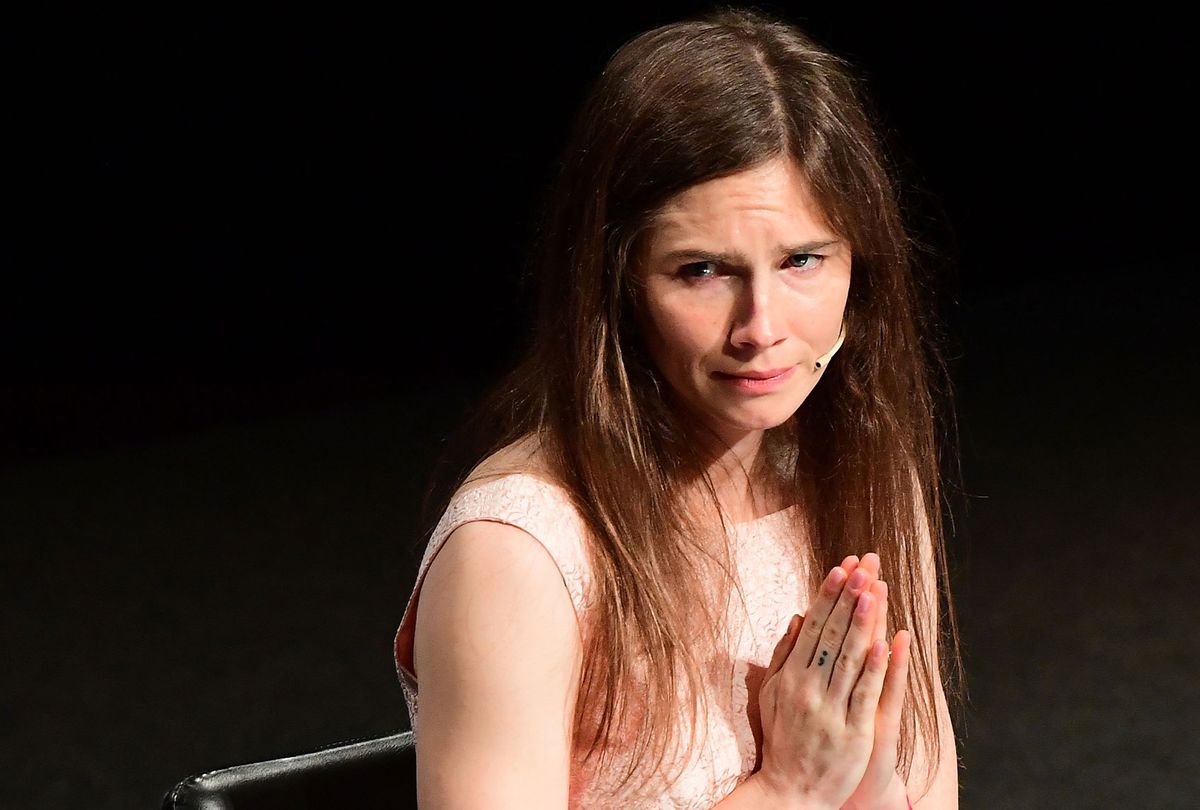 The following contains spoilers for "Stillwater," including its twist ending.

Amanda Knox is speaking out about the use of her story in the new Matt Damon film "Stillwater," out this week. Knox became a household name in 2007 when she was studying abroad in Italy, and was falsely charged with killing her roommate, Meredith Kerchner. She was subsequently imprisoned in Italy for almost four years, before being acquitted and released in 2015.

Now, in a series of tweets and a Medium post shared on Thursday, Knox is criticizing "Stillwater" for essentially retelling her story, and in this fictionalized version of her life, strongly implying her guilt.

"Does my name belong to me?" Knox wrote. "Does my face? What about my life? My story? Why is my name used to refer to events I had no hand in? I return to these questions because others continue to profit off my name, face, and story without my consent. Most recently, the film 'Stillwater.'"

Knox references interviews from filmmaker Tom McCarthy and Damon, in which they refer to their movie at different points as "loosely based" or "directly inspired by" her life. In particular, Knox takes issue with Vanity Fair calling the movie the "Amanda Knox saga."

"What does that refer to?" Knox asked. "Does it refer to anything I did? No. It refers to the events that resulted from the murder of Meredith Kercher by a burglar named Rudy Guede."

She continues, "It refers to the shoddy police work, prosecutorial tunnel vision, and refusal to admit their mistakes that led the Italian authorities to wrongfully convict me, twice."

In "Stillwater," Damon plays an American father who must travel to France and navigate the complexities of the French legal system when his daughter (Abigail Breslin) is charged with murdering her friend while studying abroad there. Damon's onscreen daughter proclaims her innocence, but is later revealed to be involved in the killing.

Knox takes issue with this for obvious reasons, writing, "By fictionalizing away my innocence, my total lack of involvement, by erasing the role of the authorities in my wrongful conviction, McCarthy reinforces an image of me as a guilty and untrustworthy person."

This is hardly the first time Knox has struggled with media coverage of her story, as well as fictionalized spins on it. Throughout the years of her trial, imprisonment, and even following her exoneration, she's been widely demonized, her disproven "involvement" in her roommate's murder widely sensationalized.

This goes beyond the usual societal obsession with true crime and murder mysteries. In this case, specifically, the murder of Meredith Kerchner isn't a mystery, as she was killed by Rudy Guede, who was released from Italian prison at the end of last year, serving roughly the same amount of time Knox did despite her acquittal and his guilt.

The obsession with Amanda Knox's character and story, as she writes in her Twitter thread, speak to a greater issue of how we deny women agency in society.

"In those four years of wrongful imprisonment and eight years of trial, I had near-zero agency," Knox wrote. "Everyone else in that 'saga' had more influence over the course of events than I did. The erroneous focus on me by the Italian authorities led to an erroneous focus on me by the press, which shaped how I was presented to the world. In prison, I had no control over my public image, no voice in my story."

Knox even draws a fair comparison between media coverage and treatment of her and Monica Lewinsky. Both were ultimately victims, yet were positioned as the faces of the scandals that involved them. "It matters what you call a thing. Calling that event the 'Lewinsky Scandal' fails to acknowledge the vast power differential, & I'm glad that more people are now referring to it as "the Clinton Affair" which names it after the person with the most agency in that series of events," Knox said in a later tweet.

Despite Knox's frustration with Damon and McCarthy, who she claims have not responded to her attempts to reach out to them about "Stillwater," she recognizes "there's money to be made, and you have no obligation to approach me."

She concludes her Medium post by describing her request to overcome this trauma and return to some form of normalcy as "an uphill battle."

"My only option is to sit idly by while others continue to distort my character, or fight to restore my good reputation that was wrongfully destroyed.It's an uphill battle," Knox wrote. "I probably won't succeed. But I've been here before. I know what it's like facing impossible odds."

Representatives for the movie "Stillwater" have yet to comment on Knox's harsh words for the film, and its spin on her story.