Your dirty martini is due for an update

Why stop at olive brine? 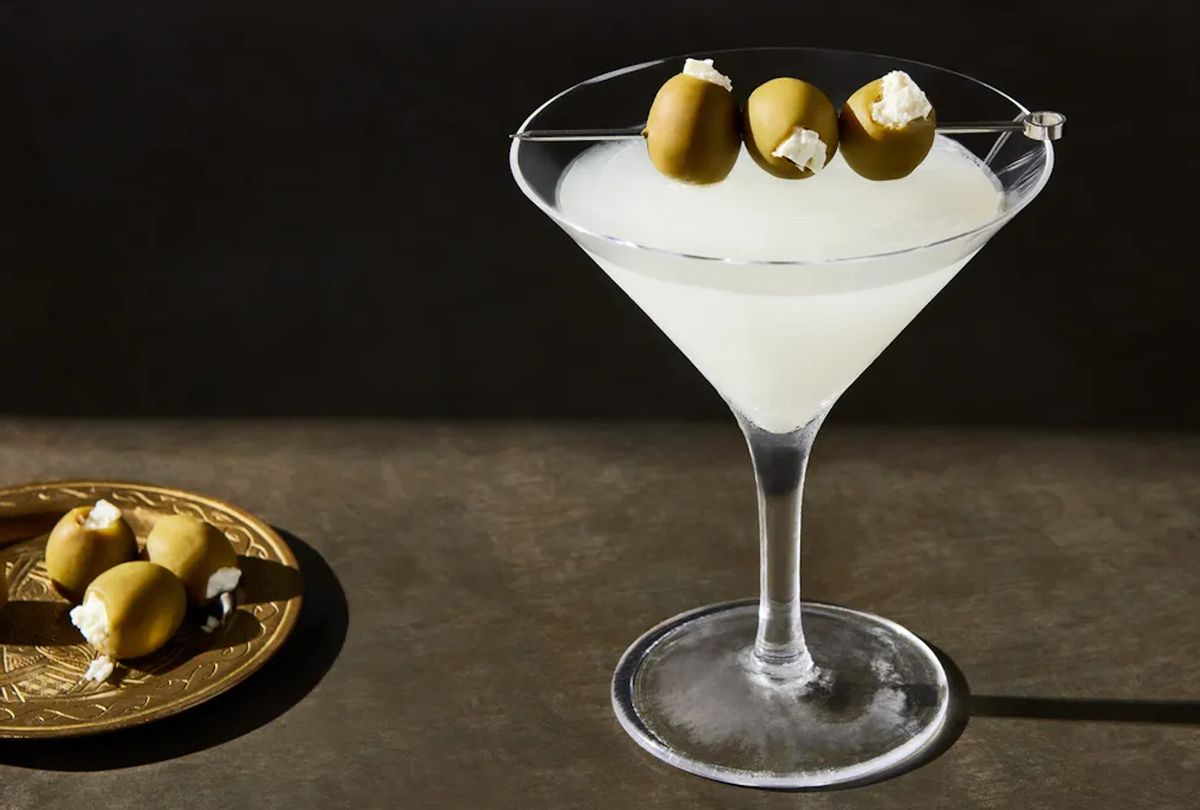 One hundred and thirty-three years ago, the martini made its publishing debut. In an overhauled edition of "Bartender's Manual," Harry Johnson shared a recipe calling for equal parts of Old Tom gin and sweet vermouth, plus a few dashes of gum syrup, bitters, and Curaçao, strained into "a fancy cocktail glass."

As one century blurred into the next, the martini rose to an Olivia Rodrigo level of popularity and, in the process, started to have an identity crisis. In its early years, the drink was either sweet or dry, or somewhere in between, depending on the gin and vermouth. But by the mid 1900s, the refreshing, ruthlessly dry martini won out.

And then, in the early 1990s, there was a crack in the space-time continuum. "Bartenders started slipping a little of the salty stuff into the usual mix of gin or vodka and vermouth," writes Robert Simonson in "The Martini Cocktail" (a must-read for anyone who looks forward to a martini after work). This changed everything.

What started as an amber drink, and became famous as a clear one, had now turned dirty. You know, in a good way. The "salty stuff" refers to brine — almost always olive (and occasionally cocktail-onion, though I'd argue such a swap is swimming away from a martini and toward a Gibson).

But why stop at olive brine? (No offense to olive brine, which I love and never don't have — and, by the way, did you know that you can buy it straight-up?) There are so many brines out there. Pickle brine, which has become a newfangled dirty martini favorite. Or caper brine.

This milky liquid tags along with any block of good feta. And while the cheese might have been the intended purchase, the by-product is a special ingredient all its own. Look no further than this genius Feta-Brined Roast Chicken from Melissa Clark. Or this passionate ode to feta brine from our columnist Ella Quittner. One commenter shared, "I actually drink it sometimes." To which Ella responded, "Honestly, same."

And honestly, same. Because while olive brine is too salty and vinegary to sip solo — and this comes from a person who, as a child, ate capers, just capers, as a snack — feta brine is mellower. It is salty and savory, but fuller and softer, the round boy of the brine world.

With a feta-overstuffed olive, it yields my new favorite martini. And you don't even need the fancy cocktail glass.