Cheering against America: Conservatives celebrate U.S. losses at the Olympics 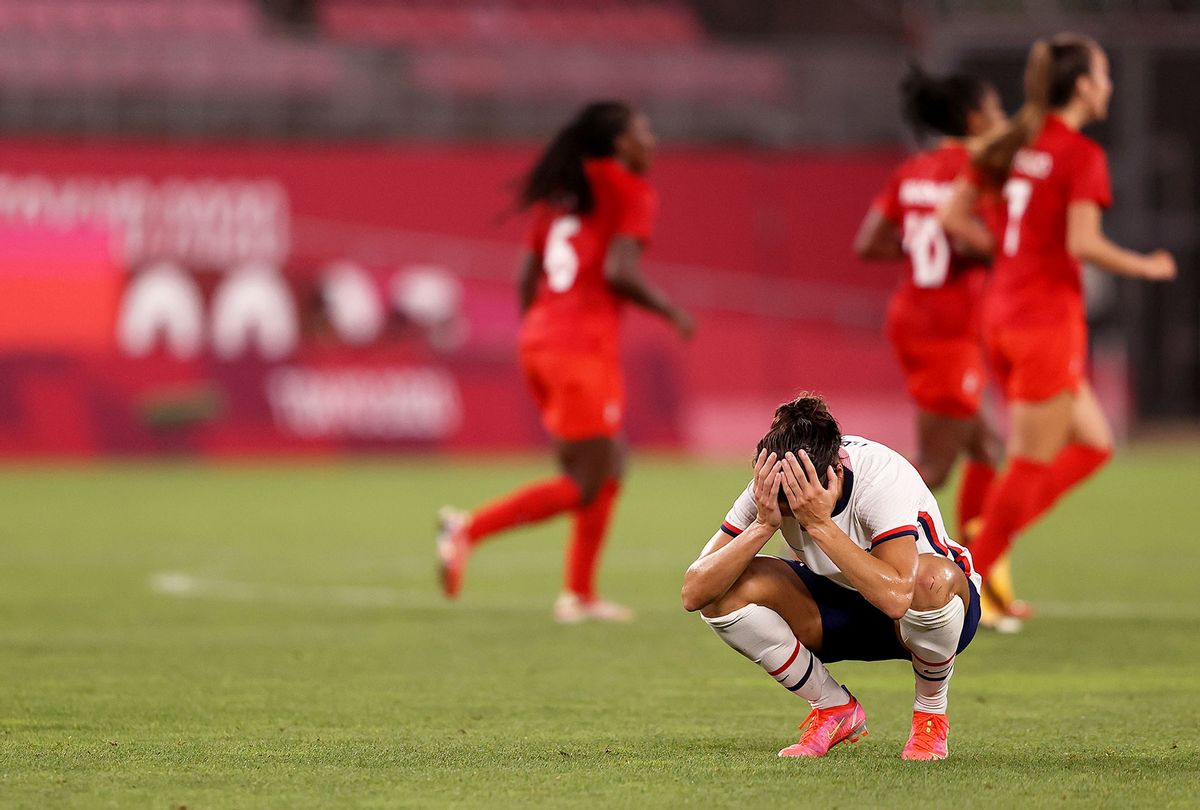 A brigade of self-proclaimed "patriotic" group of right-wing pundits celebrated after the United States women's national soccer team fell to lower-ranked Canada on Monday in a nail-biter face-off. The match was a semifinal game that left conservative pundits pleased that their own nation's team lost.

"Wow. The women's soccer team really blew it AGAIN. Losing to Canada? Probably SORE KNEES from all their KNEELING. I love it when America wins the Gold---but the "bronze" lining here is we won't see as much of the purple hair chick MEG [Megan Rapinoe] during the 'offseason,'" the self-parroting Newsmax host Greg Kelly wrote.

"The US Women's Soccer Team went WOKE, and now they lost to Canada," far-right activist Brigitte Gabriel tweeted. "That's what happens when you put political propaganda before sport and hard work."

Candace Owens went a step further, calling out phenom Megan Rapinoe, billing her as an "anti-American piece of trash." "Not heartbreaking at all. [Megan Rapinoe] is an anti-American piece of trash who does not represent our country, anywhere, ever. Any person who disrespects the flag that sons and daughters are sent home beneath while fighting for our freedoms overseas deserves to lose," she stated. "Repeatedly."

In right-wing media, the women's national team was further vilified. "One really can't feel sorry for them," the right-wing blog RedState, the site that called on readers to go "RINO hunting" and has been duped by a fake "Antifa" account, penned on Monday. "Americans want a team that's proud to represent the country, that doesn't honor a group that despises America and terrorized it for a good part of the last year."

The Gateway Pundit, a far-right blog, also took swings at Rapinoe while cheering against the United States team, specifically calling the star an "America-hating anthem kneeler."

Conservatives have loudly cheered for the defeat of the U.S. team since opening day in Tokyo, when the U.S. was defeated by Sweden.