With more delta variant outbreaks at outdoor events, many wonder if outside is no longer safe

An outdoor wedding and a music festival became COVID-19 outbreak events. But scientists say don't hide inside yet 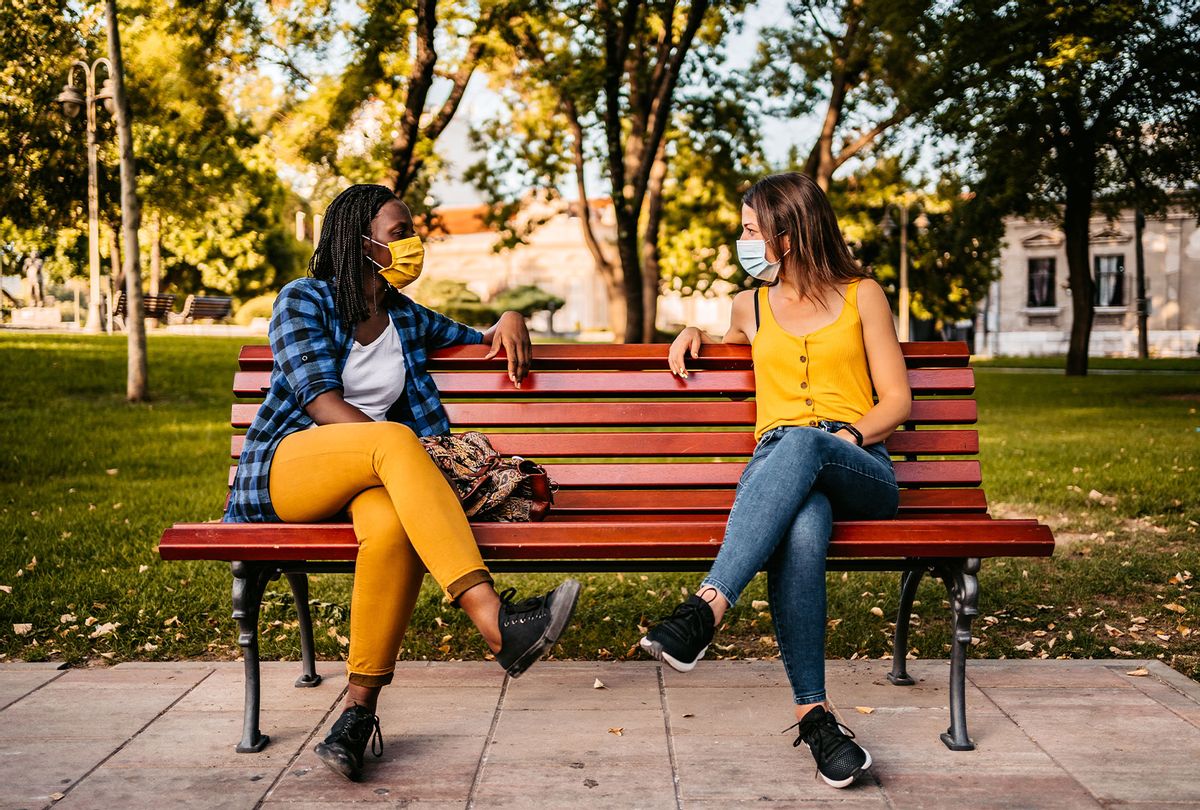 The delta variant of the novel coronavirus has changed the social calculus for the pandemic, as evidence mounts that many behaviors formerly considered relatively safe are not enough to keep delta from spreading. Case in point: in April, 92 people attended an outdoor wedding in Texas, in which wedding attendees were required to be vaccinated in order to attend. Despite this precaution, six fully vaccinated individuals got sick from COVID-19, according to a research paper that used the wedding as a case study. The celebration, which was held under a large, open-air tent, resulted in a coronavirus outbreak that led to one guest dying a month later.

The study's authors suspect that two vaccinated guests who traveled from India likely transmitted the delta variant to other guests, despite both of them testing negative for SARS-CoV-2, the virus which causes COVID-19, prior to their departure. "Viral sequencing revealed 6 vaccinated patients were infected with the Delta SARS-CoV-2 variant," the authors wrote in the paper, which is awaiting peer review. "With no histories of vaccine breakthrough, this suggests Delta variant may possess immune evasion in patients that received the Pfizer [vaccine], Moderna mRNA [vaccine], and [the] Covaxin [vaccine]."

Ever since the beginning of the pandemic, we have lived in a world in which the outdoors were purportedly the safest place to be — particularly among the vaccinated — according to public health experts. Studies of previous strains of SARS-CoV-2 found that outdoor transmission was around 20 times less likely than indoor transmission. That meant that the coronavirus was something you were more likely to get in a crowded indoor environment. Indeed, most outbreak events were traced to such conditions, including choir practices and restaurant sit-downs.

Now, news of outbreaks tied to outdoor socializing suggest that neither outdoor environments nor vaccination are enough to stop the delta variants' spread.

The Texas wedding is not the only instance in which an outdoor gathering has led to a COVID-19 outbreak. The state of Oregon announced that it is investigating an outbreak stemming from the Pendleton Whisky Music Fest, which was held in an outdoor venue on July 10, 2021, in Pendleton, Oregon. So far, 64 COVID-19 cases have been connected to the event.

"This outbreak is the first one of its size and scope to be traced to an outdoor entertainment event since the lifting of statewide COVID-19 prevention measures at the end of June," state authorities said in a media release.

While it's unclear how many attendees were and weren't vaccinated, the highly contagious delta variant accounts for 80% of Oregon's new cases.

Then there's the case of Provincetown, Massachusetts, over July 4th weekend in which three-fourths of those infected with the delta strain were already fully vaccinated. An analysis of this outbreak led to the U.S. Centers for Disease Control and Prevention (CDC) to update its mask guidelines, urging people to wear masks when indoors in areas where the virus transmission is high or prolonged, regardless of their vaccination status.

"If the virus is 50 or 100% more transmissible, the one person infects four, the four people infect 16, and the 16 infect 64," Volckens said. "So after four or five rounds of infections, with the original coronavirus you might have had 20 cases, but with the delta variant you have like 200 cases."

This is partially why delta variant cases are rising so quickly across the country — especially in places with a high percentage of people unvaccinated. It is also why the delta variant is now the dominant SARS-CoV-2 strain in the United States.

Despite the delta variants' seeming ability to spread more readily outdoors, this does not mean that the outdoors is just as unsafe as inside, Volckens said. Rather, the type of outdoor event matter. In the case of the Texas wedding, Volckens suspects the presence of the tent affected air flow and created an indoor-like "microenvironment."

"Anytime you impede air exchange, the risk goes up," Volckens said. "The only way that risk can be taken down is when you sweep that air away . . . but when we are indoors in a tent, in a car, and a bus, we are breathing other people's air."

Volckens likened the spread of coronavirus particles to second-hand cigarette smoke: Inside, one is more likely to inhale it than outside, when there is more space for it to be carried by the wind.

In any case, Volckens said he does not think vaccinated people need to be wearing masks outside. But what about what happened at the Oregon music festival — or the photos of packed crowds at the Lollapalooza music festival in Chicago, which many see as a harbinger of a future outbreak?

"If you are in a super crowded space where you're surrounded by thousands of people and you're shoulder to shoulder, I would put a mask on," Volckens said, noting that shouting, screaming, and singing increase the risk of breathing another person's air. "With the alpha variant, I was never worried about being outside on the street in public, or sitting outdoors at a restaurant once I was vaccinated, and I'm still not worried about that with the delta variant."

While vaccinations are mostly effective in preventing the spread of delta, and do offer protection, there is still the possibility of vaccinated people getting a mild infection and spreading it to others. Evidence of this happening has prompted some regions to take immediate public health action. For example, in the San Francisco Bay Area, mask mandates are returning for those in indoor public settings. On the East Coast, New York City now requires proof of vaccination for many indoor activities, like dining, museums, and going to the gym. Places like Philadelphia, Washington D.C., and Kentucky have reinstated indoor masks mandates, too.

Volckens said while he feels safe outside in places where he isn't jam-packed with thousands of people, transmission outside can happen.

"It's always less transmissible outdoors because air gets blown away, but that doesn't mean you can't get the virus outside," Volckens said. Social proximity, of course, matters. "If you were 10 centimeters from another person's face and you guys are shouting at each other for an hour, you're going to breathe each other's air, no matter if you're indoors or outdoors," he added.