"We need to get to the bottom of this" 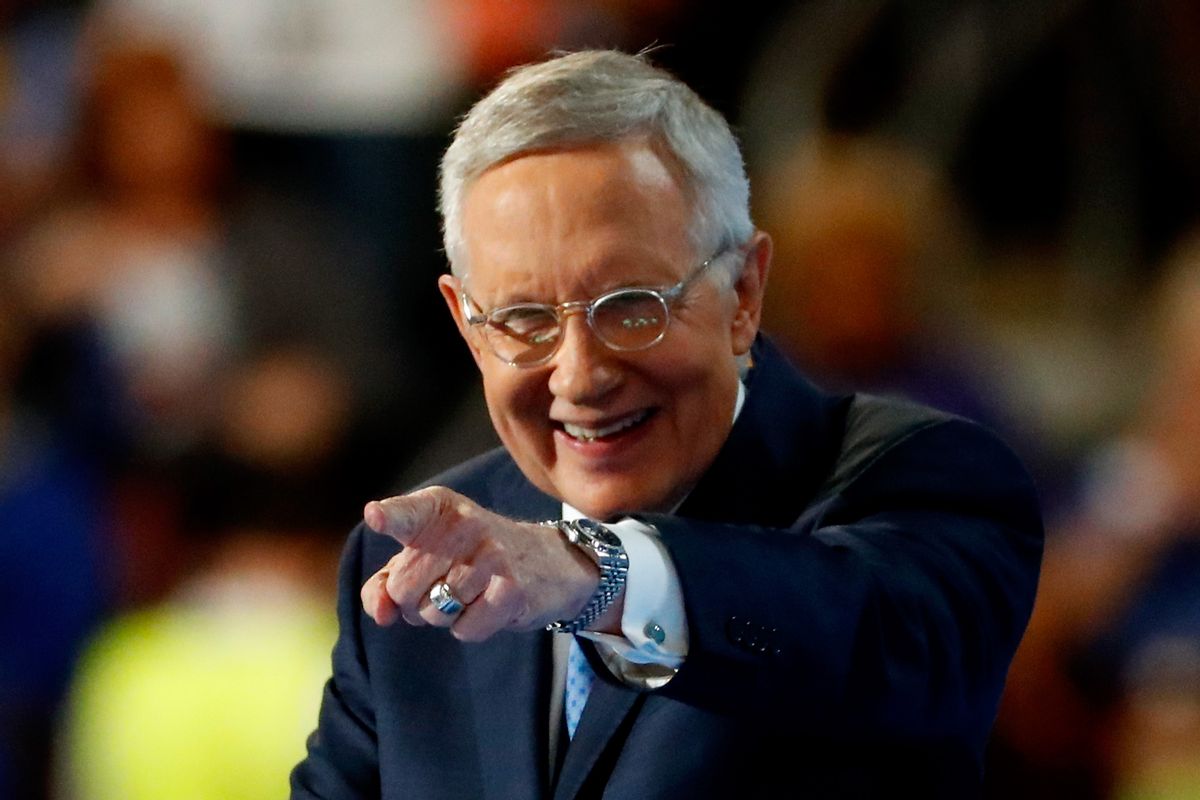 Former Sen. Harry Reid, D-N.V., was behind funding for extensive research by government and military experts examining Unidentified Aerial Phenomena filmed over the years by the pilots. The full report published in June detailed 144 encounters that they still can't explain. All of the interviews with pilots, military specialists, scientists and officials ultimately lead to the conclusion that they have no idea what any of the sightings are.

Speaking to KPBS Midday Edition Tuesday, Reid said that he was disappointed in the report, though an admission that the government is just as clueless as Americans, is different.

"Harry Reid said he applauds the Pentagon for making it easier for military personnel to report sightings of unidentified aircraft and is urging Congress to press for more public disclosure of future sightings," said the report.

He implied in the interview that it's possible they wanted to bury the report since they released it on a Friday night.

"They obviously in reading the report, it was so cursory so thin," he said. "So marginalized. I am very disappointed. I would hope that people in Congress understand that that is not the way to satisfy the American people. The one thing we need to do is be transparent and this shows no transparency. We need to get to the bottom of this, continue working on. It seems to me, the more we study it, the more we don't know. And I think that's important that people understand that this is not some conspiratorial theory. This is real facts we need to get to the bottom line."

"I found very little of this new cut, but I have said, and I believe this, this can't be a one I don't we're through with it," he continued. "This has to be an ongoing program for the federal government is involved in studying these unidentified flying objects. They can no longer say they don't exist because they exist and we need to find out what they are. And the more we try to hide it, the more parent becomes at work trying to hide something from the American people. That's a long way to go."

During a "60 Minutes" special, a former Navy pilot expressed his concern that the Pentagon and military, in general, are so dismissive of pilots who report UFOs. His concern, he explained, is that there are foreign actors creating technologies unknown to the United States and that they continue to be ignored because the idea it is an unidentified flying object makes people look nuts. Reid said that the one good thing to come out of this is that the military is taking it more seriously now.

However, he explained, there are decades of reports and investigations about UFOs to uncover what they are. None of those were included in the report and Reid wants to know why sightings between 2004 and 2021 were the only things considered. Some of the videos have been examined and released to the public with little information. Reid believes that there should be ongoing study as we learn more and technology gets better.

"We've been talking about these UFO's for 70 years and we have not gotten any place other than to understand that the more we learn, the more we need to learn," he explained. "And so I am satisfied that the medical Pentagon is doing the right thing."

He said that he's "ready" to find out specifics about what these UFOs actually are.