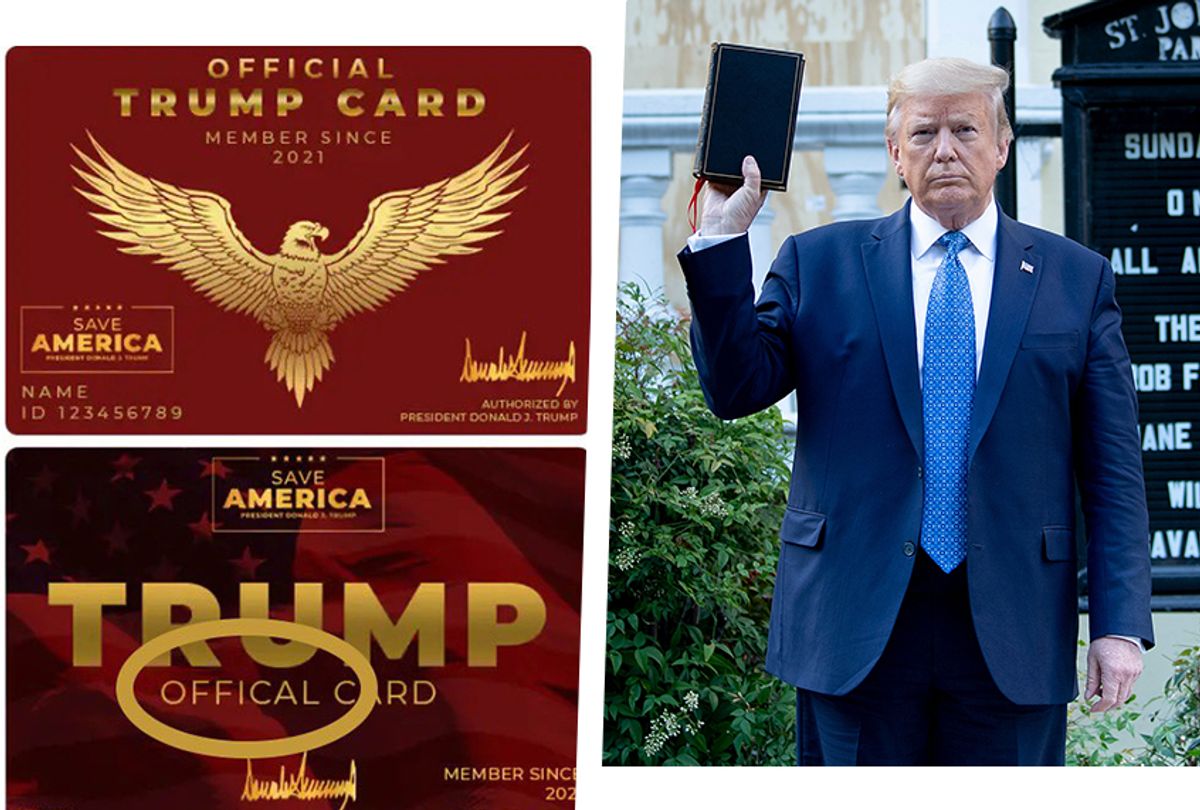 Former President Donald Trump reportedly encouraged supporters in an email Wednesday to help choose a design for a "membership" card, meant to signal the holder's loyalty to Trump and his "America First" vision.

But people quickly noticed a few problems with the designs — the word "official" was misspelled on one, and another featured an eagle logo that bore an uncanny resemblance to the Nazi eagle emblem first used by the party in 1920s Germany.

The call to action was included in at least two emails sent by Trump's Save America PAC, according to Insider, which first reported the news.

"We recently met with the President in his Florida office and showed him four designs," one read. "Originally we were planning on releasing just one design, but when President Trump saw the cards on his desk, he said, 'These are BEAUTIFUL. We should let the American People decide - they ALWAYS know best!'"

The email went on to say that the cards would only be "reserved for President Trump's STRONGEST supporters" and "will be carried by Patriots all around the Country."

Of the four red-and-black designs, one features a gold eagle with its wings outstretched, another shows the U.S. Seal, and a third is set on a backdrop with an image of the U.S. flag waving. All include Trump's signature in a prominent position.

"Sure, they're Nazis, but they're not grammar Nazis," comedian Nick Pappas added.

Others noticed the resemblance of Trump's golden eagle to another logo used by Hitler and the German Nazi party — though that symbol also includes a swastika.

"Trying to think where I have seen the new Trump Card insignia before," author Amy Siskind tweeted.

It's unclear when the physical cards would be issued, if ever — though it's just the latest scheme in a long line of fundraising gimmicks used by Trumpworld.

In total, estimates suggest that Trump has netted at least $100 million this year on political fundraising, if you add new donations to leftover cash from his 2020 campaign.