Boebert's step-grandfather died in December, but her incoherent views on the "Fauci ouchie" haven't changed 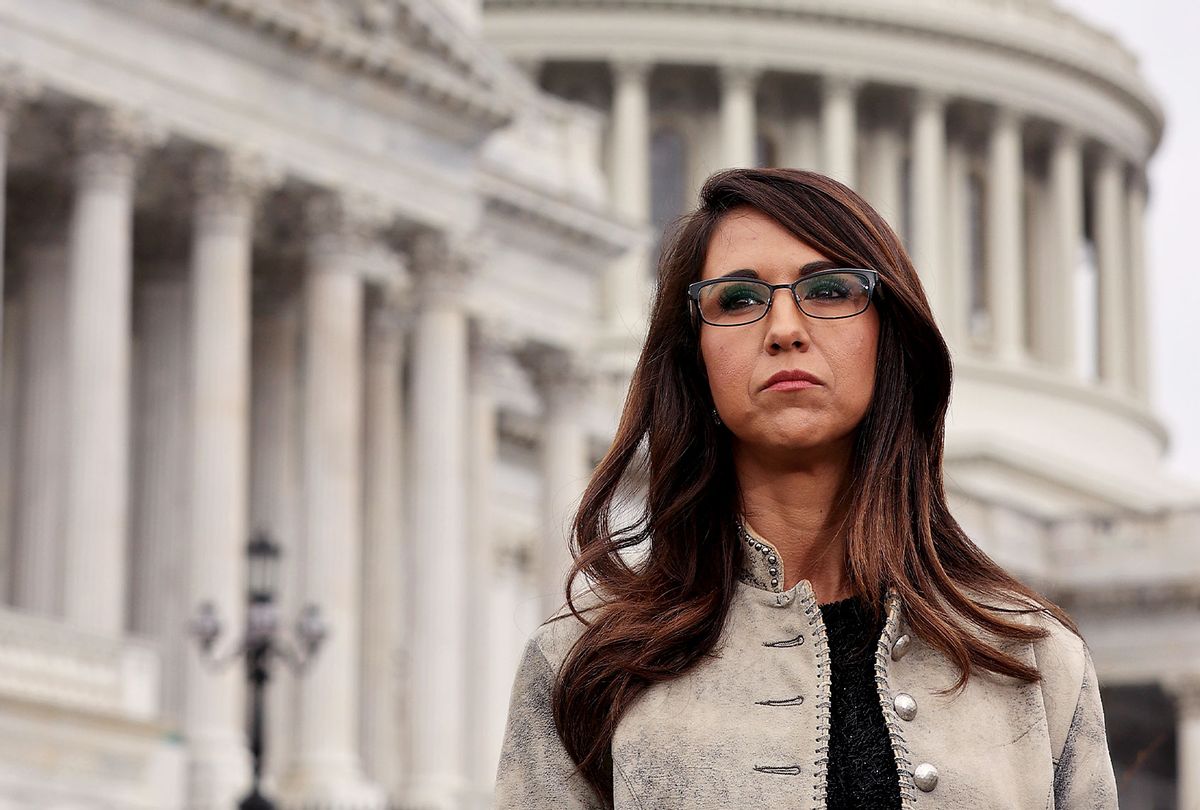 Rep. Lauren Boebert, the Colorado right-wing firebrand, has continued to oppose both mask mandates and vaccine precautions aimed at stopping the spread of the coronavirus, even as the pandemic heads into a third deadly wave, fueled by low vaccination rates and the fast-spreading delta variant. This is especially striking since a member of Boebert's extended family, her step-grandfather Bob Bentz, died of COVID last December.

As Salon has previously reported, Boebert never knew her biological father. Her mother, Shawn (or Shawna) Roberts Bentz, became partners with Steve Bentz (Bob Bentz's son) sometime before 1994, when their first son was born. Lauren was 7 years old at that time. Shawn Roberts and Steve Bentz were married in 1996 and had three more sons, born around 1996, 1999 and 2003, according to a bankruptcy filing reviewed by Salon.

Boebert spent much of her childhood in Aurora, Colorado, a suburb of Denver, in a house that Bob and Steve Bentz bought in 1992 and owned together until Bob's death last year. Boebert's family later moved to the western slopes of the Rockies, about 200 miles away. Her mother and stepfather purchased a $200,000 four-bedroom home in Rifle, Colorado, in 2002, when Lauren was 15.

Four days after Bob Bentz's death on Dec. 8, his daughter-in-law Shawn Roberts Bentz, Lauren Boebert's mother, was in Washington with her daughter. As Salon has reported, Boebert and her mother, along with Boebert's teenage son, took a private after-hours tour of the Capitol that night under unexplained circumstances.

Bob Bentz's obituary in the Denver Post describes him as "an avid golfer, hiker and skier," survived by four children, 20 grandchildren and 26 great-grandchildren. It makes clear that he died after contracting COVID, adding, "A celebration of Bob's beautiful life will be held in the Denver area when it is safe to gather."

Throughout her brief time in the national spotlight, Boebert has been a vocal opponent of mask mandates and vaccination programs, and has at times appeared to suggest that the pandemic is a hoax and vaccines are unnecessary. In a since-deleted June 30 post, Boebert tweeted, "The easiest way to make the Delta variant go away is to turn off CNN. And vote Republican."

About a week after that, concluding a string of posts attacking President Biden's proposed door-to-door vaccination program, Boebert tweeted, "COVID-19 mutated into Communism a long time ago."

More recently, the Colorado congresswoman threw a mask in the face of a congressional staffer after being asked to wear it on the House floor, in accordance with regulations. Most famously, Boebert made national headlines last month by deriding Biden's proposed vaccination program in a speech at the Conservative Political Action Conference gathering in Dallas, telling the crowd, "Don't come knocking on my door with your 'Fauci ouchie.' You leave us the hell alone!"

In a recent report from CNN's Gary Tuchman, some constituents in Boebert's western Colorado district, which has low vaccination rates and an increasing COVID caseload, said they were "embarrassed" by her handling of the coronavirus issue and her refusal to follow basic public health rules.

In a heated phone interview with Salon on Thursday afternoon, Boebert expressed displeasure over this story, which was still in progress at the time. "You guys are disgusting," she said. "Are you kidding me? You're writing a story about my dead step-grandfather?" Asked whether the loss of a family member had changed her views of the pandemic, the congresswoman replied, "I think you are a disgusting, vile human being."