CPAC's Dallas conference was a carnival of extremists and conspiracy theorists

All shapes and sizes of conspiracy fans and Jan. 6 supporters showed up in Dallas — organizers didn't care 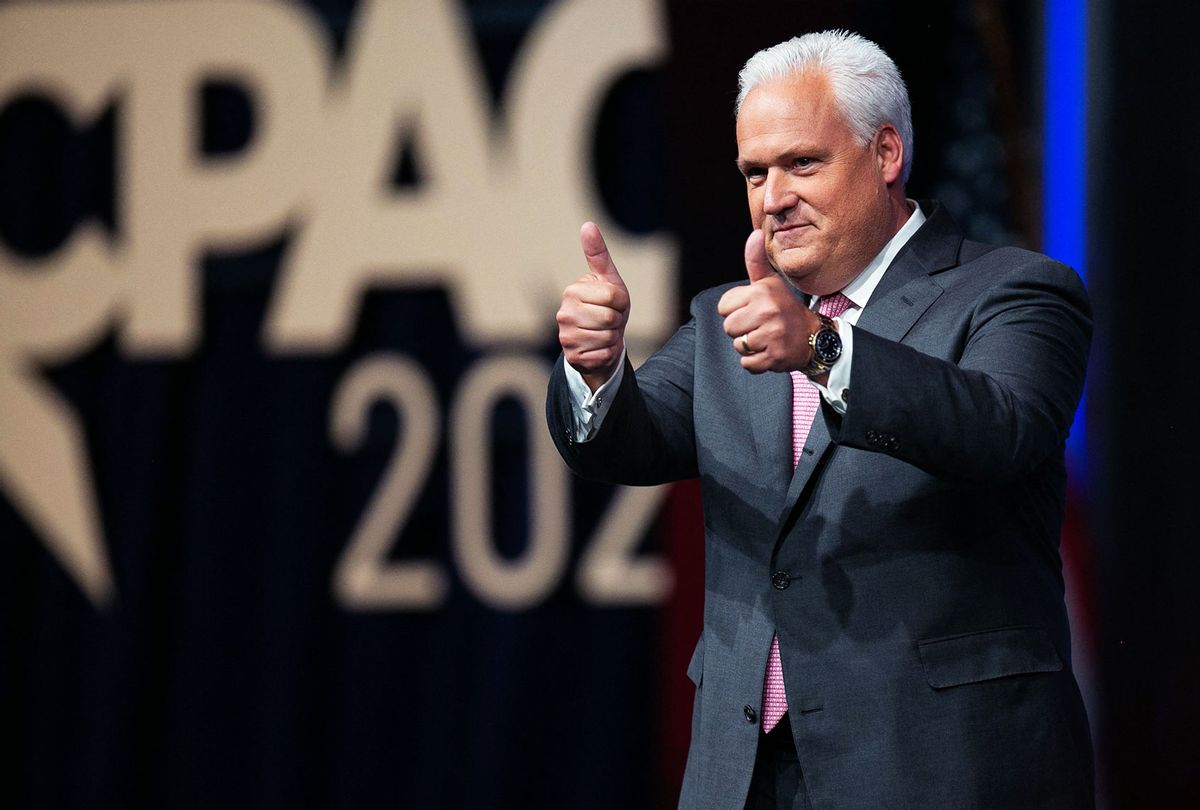 Last weekend's Conservative Political Action Conference gathering in Dallas was often strange and sometimes outright deranged. Far-right Proud Boys served as "personal security" to various participants, while members of the Oath Keepers threatened journalists (this reporter included). White nationalists, both overt and slightly more subtle, seemed to be everywhere. No conspiracy theories were too far-fetched for the CPAC crowd, which was tangibly excited to hear from Sunday's keynote speaker, a certain disgraced and twice-impeached former president of the United States.

On Friday evening, Salon was first to spot Stewart Rhodes, founder of the Oath Keepers militia group, who was not pleased to be asked why he was attending the CPAC gathering while being under FBI investigation for his alleged role in the Jan. 6 attack on the U.S. Capitol. Over the course of the weekend, Salon identified other allies of Rhodes at the conference, some of whom repeatedly harassed this reporter, both in public and otherwise.

The Proud Boys organization — also linked to Jan. 6, as well as many other less noteworthy instances of street violence — was also in attendance, offering its services to conference-goers as "personal security." Two members of the Proud Boys, George (Asher) Meza and Alexander John Bouzakis, agreed to speak with Salon and admitted to being on the Capitol grounds on Jan. 6, although both said they did not enter the building. They said that numerous CPAC attendees approached them over the course of the weekend to "thank them."

"The Proud Boys offer security for anyone who needs security, and that's what we're doing here," Meza said. Both explained that they were especially valuable in a security role because they could take "additional steps" not available to the Dallas Police Department.

White nationalist youth guru Nicholas Fuentes, along with members of his "groyper army," also appeared at the gathering over the weekend. Fuentes and his followers are seen as too extreme even by many members of the Trump movement, and are not welcomed at Charlie Kirk's Turning Point USA conferences, for instance. Ahead of CPAC, Fuentes suggested on Twitter that a "physical" altercation with security at CPAC Dallas might ensue, which left conference staff on edge going into the weekend. (In the event, Fuentes was not involved in any significant confrontations.)

Many advocates of many different conspiracy theories made their way into the event, including those hawking QAnon-themed merchandise, which has generally been banned from Trump's official rallies.

At one booth, a whole range of QAnon T-shirts were on display, and by Sunday, the day Trump spoke to the juiced-up crowd, many attendees could be seen wearing them.

Will Sommer, a reporter for the Daily Beast and author of an upcoming book on the QAnon movement, "Trust the Plan," told Salon the prevalence of QAnon merchandise makes clear how far the conspiracy theory has penetrated the so-called conservative mainstream.

"I think it's surprising to see something as bizarre as QAnon at CPAC, whose organizers usually work pretty hard to gatekeep what counts as 'acceptable' conservatism," Sommer said. "On the other hand, it makes sense that we're seeing Q shirts pop up at CPAC right as QAnon increasingly makes its way into the party." He pointed out that Rep. Louie Gohmert, a Texas Republican, and former Texas GOP chairman Allen West — now a candidate for governor — appeared at a QAnon convention in Dallas just two months ago.

Among the most imaginative conspiracy theories visible in Dallas was one presenting a plan to reinstate Donald Trump as president "in days, not years." This was the brainchild of CPAC attendee Robert Antonellis, who also appears to be the author of self-published books entitled "Culture War Cracked" and "Fortress Harvard." At the conference, he was handing out flashcard-sized pamphlets that outlined a "7-pt. plan to restore Donald J. Trump."

Antonellis told Salon that many conference-goers had taken a "liking" to his message, and that he had handed out more than 400 of the pamphlets. His theory is difficult to summarize, but proposes that Trump will return to the White House very shortly thanks to the exposure of a satanic pedophile cabal, the revelation that the 9/11 terrorist attacks were a "false flag" operation, and something having to do with Martin Luther King Jr.

American Conservative Union chairman Matt Schlapp, who oversees operations at CPAC, told Salon on Sunday that it was not realistic to prevent far-right extremists or apparently deranged conspiracy theorists from attending his conference.

"You want me to go through every person who buys a ticket to CPAC and check every post like Mark Zuckerberg does and try to cancel as many people as possible?" Schlapp asked rhetorically. "I'm not in that movement; I'm in the other movement. I'm in the movement of freedom and First Amendment rights, and a part of the First Amendment is you can believe things that are obnoxious."

Asked whether he was aware that members of the Proud Boys were in attendance, Schlapp suggested that Salon was misinformed, saying, "I don't think that's right." He then argued that members of the right-wing fringe have the "freedom" to attend as long as they buy tickets and do not break the law.

"You're trying to characterize the people at this conference as somehow not being good, decent Americans," Schlapp said. "You are doing them a disservice. Don't smear them." He claimed that 99.9% of conference attendees have nothing to do with extremist elements, but concluded, "I cannot be responsible for people that go online, purchase a ticket and use their credit card."