Anti-vaxxers are getting rich thanks to this Christian crowdfunding site

Medical misinformation can be a very lucrative venture 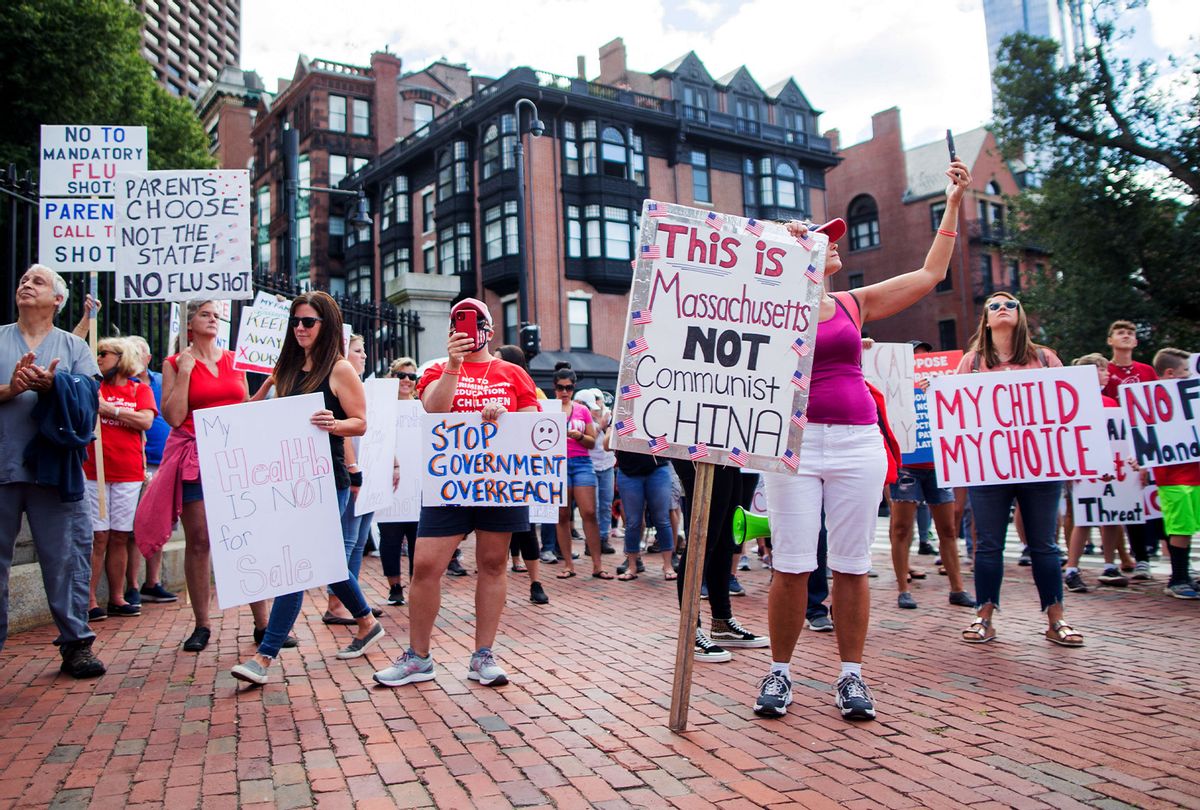 As America responds to the spread of the Delta variant of COVID-19 amid surges in southern states, vaccine skeptics are raising big money online.

"Part of the reason that misinformation about vaccines is so intractable is that it can be very lucrative," Aaron Mak reported for Slate. "Now, vaccine skeptics with large followings are turning to crowdfunding platforms—both the relatively obscure GiveSendGo and the decidedly mainstream GoFundMe—to monetize their activities, often to the tune of hundreds of thousands of dollars."

GiveSendGo describes itself as, "a place for Christians. A place to fund hope. A place to pray and connect with the body of Christ around the world. A place not only to raise money but a place for givers , senders and goers to work together to be the light of the world."

Slate reported GiveSendGo has "also become the preferred tool for far-right figures to raise cash for fringe causes, and not entirely by accident."

"It became notorious this January when members of the Proud Boys and other extremist groups used the site to fund travel and supplies for the Capitol riot, and then to raise money to cover legal fees after many of them were arrested," Slate reported.

The article cited a few examples of fundraising efforts that have netted vaccine skeptics big money.

"A crowdfunding campaign for 'independent journalist' Ivory Hecker, for instance, has raised nearly $200,000 to support her 'true journalism.' It's not entirely clear what the money is being spent on, but Hecker achieved infamy in June when she was working as a local reporter for Fox 26 Houston and interrupted a weather report to allege that the network was 'muzzling' her," Slate reported. "Former Facebook employee and self-styled 'whistleblower' Morgan Kahmann has enjoyed even more success on GiveSendGo, raising more than $508,000."