Is bacon actually banned in California? 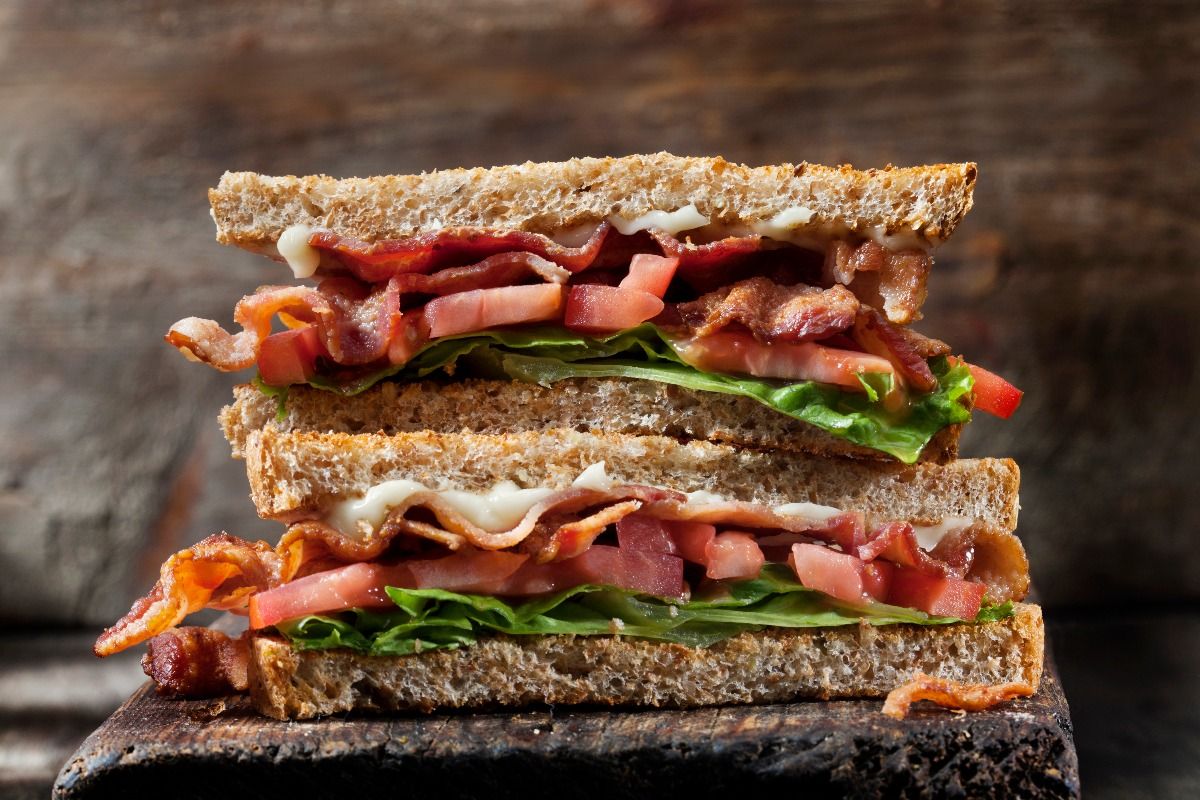 Is a bacon ban really looming in California? That's been the pressing question among meat lovers for days after the Associated Press sounded the alarm on the upcoming implementation of Proposition 12, a law in California that will require a larger minimum confinement area for pigs, egg-laying chicken, and calves. The good news is that this doesn't mean that bacon or other pork products will be all-out banned in the Golden State, but the legislation, which will go into effect in 2022, will impact farmers, restaurateurs, and consumers, as the price of pork will likely increase in a few years.

Although pork lovers are biting their fingernails, wondering if they'll be able to enjoy bacon strips with breakfast or a nice, crispy pork schnitzel at dinner, this measure isn't anything new. It was actually on ballots in California way back in 2018.

California Proposition 12, aka the "Farm Animal Confinement Initiative" would establish the minimum space requirements for calves being raised for veal, pigs, and egg-laying hens and ban the sale of veal from calves, pork from pigs, and eggs from hens if the animals were confined to areas below the minimum square-feet requirements. In short, it's just a law that guarantees more humane conditions for animals.

And what's more, the measure was pretty popular. In November 2018, 62.66% of California residents voted yes to Prop 12, saying that the measures outlined above should be enforced.

So really, it has nothing to do with banning bacon or any other beloved meat products. It's all about ensuring that the meat Californians consume comes from humane farms and responsibly-raised animals who have had enough room to live and breathe. Seems reasonable, right?

So, why is everyone freaking out?

The proposition may have slipped the mind of the average Californian. But the AP has so kindly reminded us that the state is less than six months away from implementing and enforcing the ban, which has people worried that these products are going to be banned altogether. Once again, bacon will not be banned in California. Say it louder for the people in the back.

What this does mean is that bacon and other pork products will likely become more expensive in the state of California. Currently, only 4% of pork farms meet the new standards for the minimum confinement area. Most veal and egg producers have not raised concerns about being able to meet the minimum confinement area, which is why there aren't headlines like "There's a Ban on Eggs in California" or "Say Goodbye to Veal Parmesan."

Is California alone in this?

Although this is the most headline-grabbing measure in recent history, California is not by any means the only state to implement a measure that will encourage more humane practices among farmers and meat producers. A total of 13 other states including Arizona, Colorado, Florida, Kentucky, Maine, Massachusetts, Michigan, Nevada, Ohio, Oregon, Rhode Island, Utah, and Washington have all passed legislation or regulations that ban things like gestation crates, battery cages, and veal crates in their states, and also ban the sale of products that have come from animals raised in these conditions.

Prop 12 is a bigger deal because it fundamentally changes the blueprint of pork, veal, and egg farms by expanding the space requirements for animals.

But I thought everyone in California only ate avocados?

Very funny, but no. Californians consume 225 million pounds of pork each month, according to ABC-100. That's about 15% of the total amount of pork consumed nationwide each month. However, farmers in the state only produce approximately 45 million pounds of pork each month, meaning that the vast majority of the meat comes from outside farmers. If farmers across the country don't comply with California's new regulations, the price of pork will increase dramatically within just a few years.

A study conducted by a consulting firm hired by opponents of Prop 12 estimated that bacon prices would increase by 60% if out-of-state farmers don't comply. That means that a $6 package of bacon could soon cost $9.60.

What does the pork industry have to say?

Surprise, surprise, they're not happy about it! The National Pork Producers Council and a coalition of California restaurants and business groups have petitioned the courts to delay the new requirements, but the courts have continued to side with the nearly 63% of California voters who are in favor of the new animal welfare practices.

The new changes will cost farmers more money, as they'll need to invest in more space and structures to expand the animal's confinement spaces. If the farmers spend more money on their pigs, then the price of meat will increase, thus changing the cost of consumer-facing pork products like bacon, pork chops, and sausage.

But more expensive products does not mean banned products, so even if prices are going up, Californians aren't going to have to take a long road trip for their next bacon, egg, and cheese.