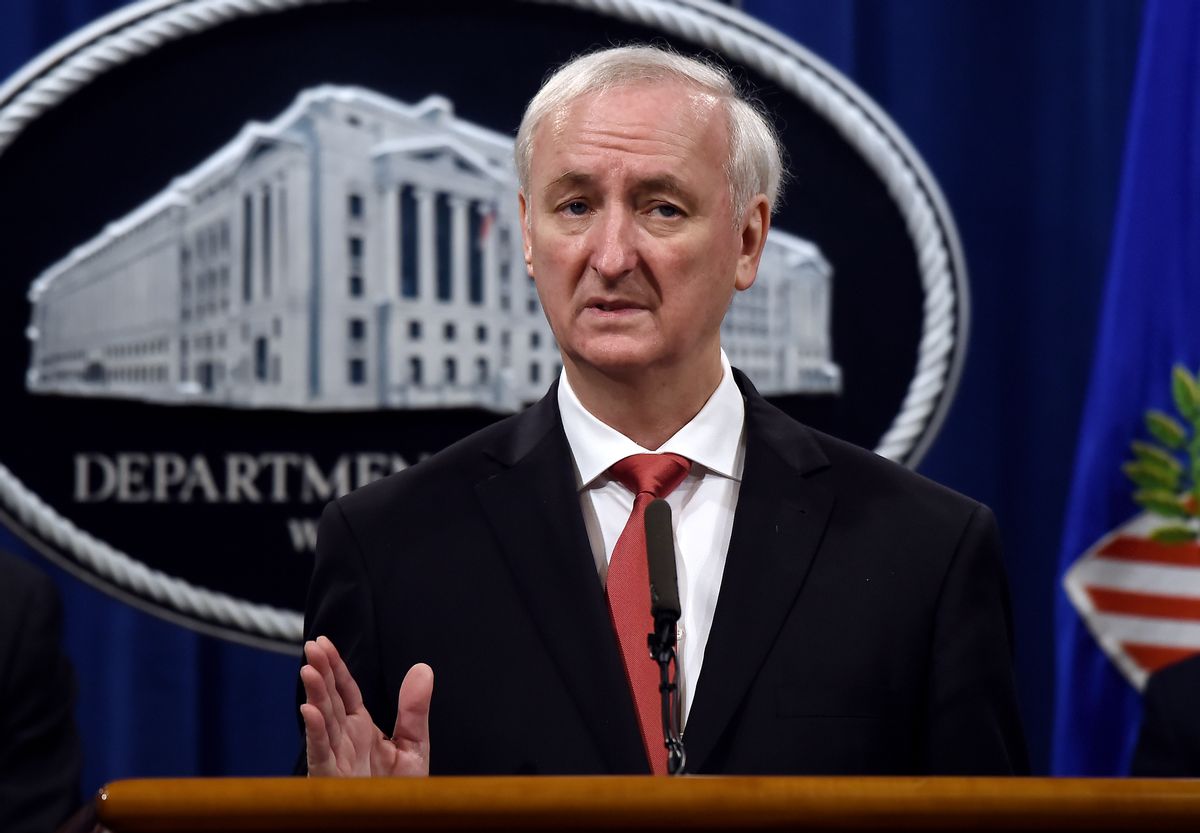 The final person to lead the Department of Justice during Donald Trump's administration has testified about efforts to overturn the election, The New York Times reported Saturday afternoon.

"Jeffrey A. Rosen, who was acting attorney general during the Trump administration, has told the Justice Department watchdog and Congressional investigators that one of his deputies tried to help former President Donald J. Trump subvert the results of the 2020 election," the newspaper reported, citing "a person familiar with the interviews."

Rosen testified before DOJ's inspector general on Friday and gave closed-door testimony before the Senate Judiciary Committee on Saturday.

"The investigations were opened following a New York Times article that detailed efforts by Jeffrey Clark, the acting head of the Justice Department's civil division, to push top leaders to falsely and publicly assert that ongoing election fraud investigations cast doubt on the Electoral College results. That prompted Mr. Trump to consider ousting Mr. Rosen and installing Mr. Clark at the top of the department to carry out that plan," The Times reported. "Mr. Rosen has emerged as a key witness in multiple investigations that focus on Mr. Trump's efforts to undermine the results of the election. He has publicly stated that the Justice Department did not find enough fraud to impact the outcome of the election."