Why are small dogs so anxious all the time?

Are ankle-biters genetically anxious and annoying? Or are they just socialized differently than big dogs? 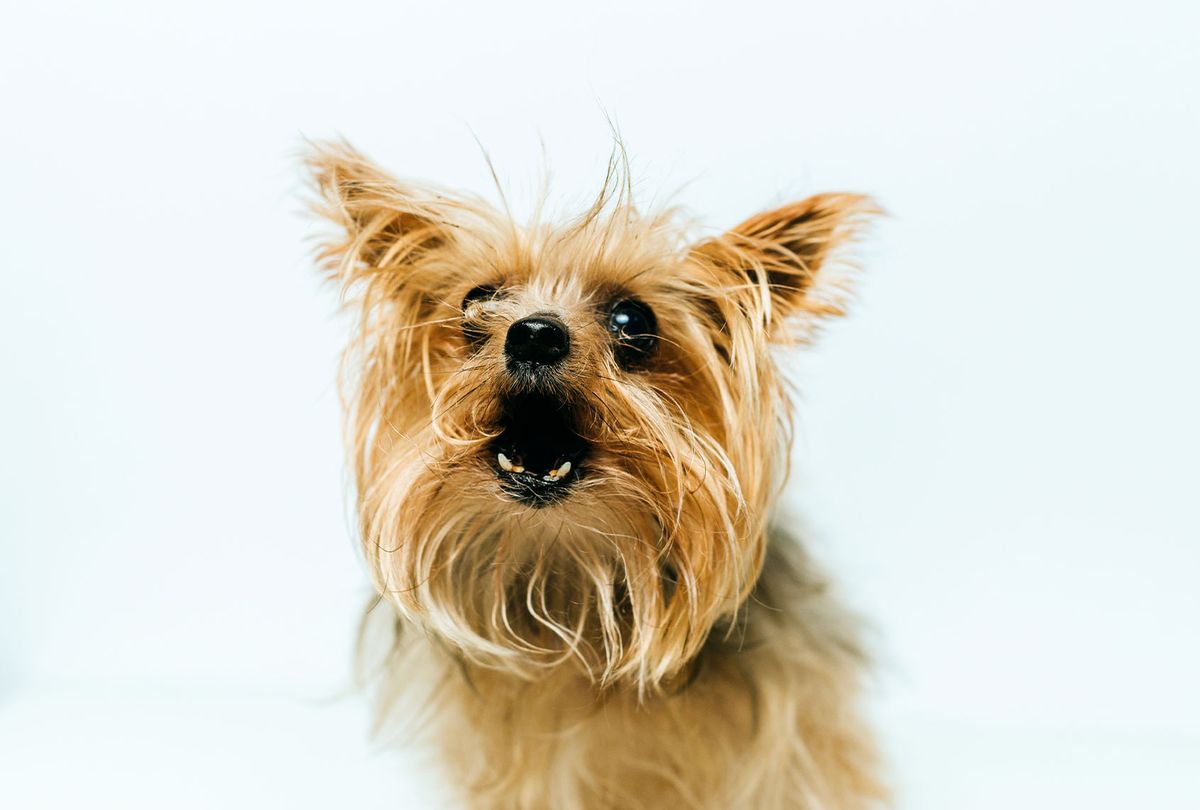 Happy little dogs are popular punchlines in Hollywood. In "There's Something About Mary," an annoying Border Terrier is repeatedly injured as the characters engage in slapstick antics, until the dog requires a full body cast. In the live-action "Scooby-Doo" movie, the diminutive Scrappy-Doo was so obnoxious that the rest of the group ultimately casts him out. Beyond the world of cinema, comic sketches mocking celebrities who carry Chihuahuas in their purses more often than not comment on the dogs' vocal behavior.

But are little dogs actually ankle-biting annoyances, or do they get a bad rap? And regardless of which answer is true, does the explanation for their stereotyped anxious behavior rest in nature or nurture?

"It could be a genetic association with small body size," Dr. James Serpell, an animal behavior expert at the University of Pennsylvania, told Salon by email as he listed the possible explanations for little dog behavior. "It could be because little dogs feel more threatened and defensive than bigger dogs and are therefore more likely to react aggressively. And it could be that the owners of small dogs are more protective of their pets and consequently fail to socialize them properly when they are young and impressionable. Or maybe it's a combination of all three."

Evidently, the stereotype of the preternaturally anxious toy dog is a subject that inspires debate among behaviorists. Dr. Erica Feuerbacher, who studies animal behavior at Virginia Tech, wrote to Salon that the information we have about little dog behavior is based not on precise quantitative data, but the anecdotal experiences of the people who know them best — their owners.

"Results from owner reports on dog behavior dog show that lighter weight dogs tend to be more excitable and energetic, and that could translate into barking more," Feuerbacher explained.

According to Feuerbacher, smaller dogs may tend to nip or show other aggressive behaviors because their owners are not properly raising them. This is where the "nurture" part of the equation comes into play; dogs, like humans, have to be socialized so they behave appropriately toward other people and animals. Yet this is no less true for a Pomeranian than it is for a Great Dane.

"Because they are small, having a dog 10 times their size approach them could likely be scary and they feel a need to defend themselves, which manifests as growling or snapping since this is how dogs communicate," Feuerbacher said. "Because they are small there's also a sense for some (not all) owners that they don't need to be trained and that they can be managed by simply picking them up, which you can't do with a barking Labrador retriever."

There is some scientific evidence suggesting that owners will treat dogs differently based on their appearance. A 2013 study by Italian scientists analyzed how strangers reacted to unknown dogs and learned that "passersby showed more interest toward puppies and interacted more with puppies and large dogs, and their handlers," as opposed to dogs with other features. This reveals that we do treat dogs differently based on their appearance (and size); it stands to reason that this influences how dogs behave around us. A child who is frequently approached with eagerness and interest will generally become more outgoing in adulthood; dogs, it seems, socialize similarly.

Likewise, the "cute" factor to small dogs makes humans interpret their behavior differently than they might the same behavior in a large dog. This leads to radically different psychological interactions. As Feuerbacher explained, not everyone realizes that smaller dogs who growl and show their teeth are stressed and uncomfortable — just as when big dogs do the same. Owners of small dogs may react as if this behavior is cute. But when smaller dogs are not trained how to react better in negative situations, they will not develop the maturity of a larger dog whose aggressive behavior is taken more seriously.

"A greater recognition that these behaviors are indicative of the dog not handling the current situation well, and being stressed would be really helpful to these dogs' welfare," Feuerbacher concluded.

Some experts insist that small dogs are not inherently nippy and loud, but are socialized that way. Dr. Catherine Reeve, an animal cognition expert at Queen's University Belfast, countered the notion that small dogs behave worse than larger ones.

"Small dogs are not inherently more aggressive or yappy than larger dogs," Reeve wrote to Salon. "Small dogs have a bad reputation for these behaviors because people tend to socialize and train small dogs less than larger dogs. People also tend to invade the personal space and disregard the boundaries of smaller dogs more often because they are 'cute' and people feel less threatened by them compared to, say, a large German shepherd."

Like Feuerbacher, Reeve said that people will often fail to effectively address behavior problems in smaller dogs because they do not feel the same pressures that they would from a big canine.

"A chihuahua that snaps at people is often observed as being 'funny' or 'grumpy,' but if it was a Malinois snapping at people, people tend to take this much more seriously and seek out help from a professional," Reeve pointed out.

She added that there is a fierce debate over how humans should handle aggressive dogs, adding that "science stands firmly on the side of force free training (no use of positive punishment, shock collars, prong collars, intimidation, etc.)" She added that she is entirely opposed to "the use of punishment to treat aggression in dogs," and says that "force-free behavior modification" is frequently very successful in treating aggression.