Guns, desperate migrants, and dangerous drugs: How the U.S. is fueling a Mexican crime wave

The flood of guns from America into Mexico is helping fuel much of the crime, violence, and corruption 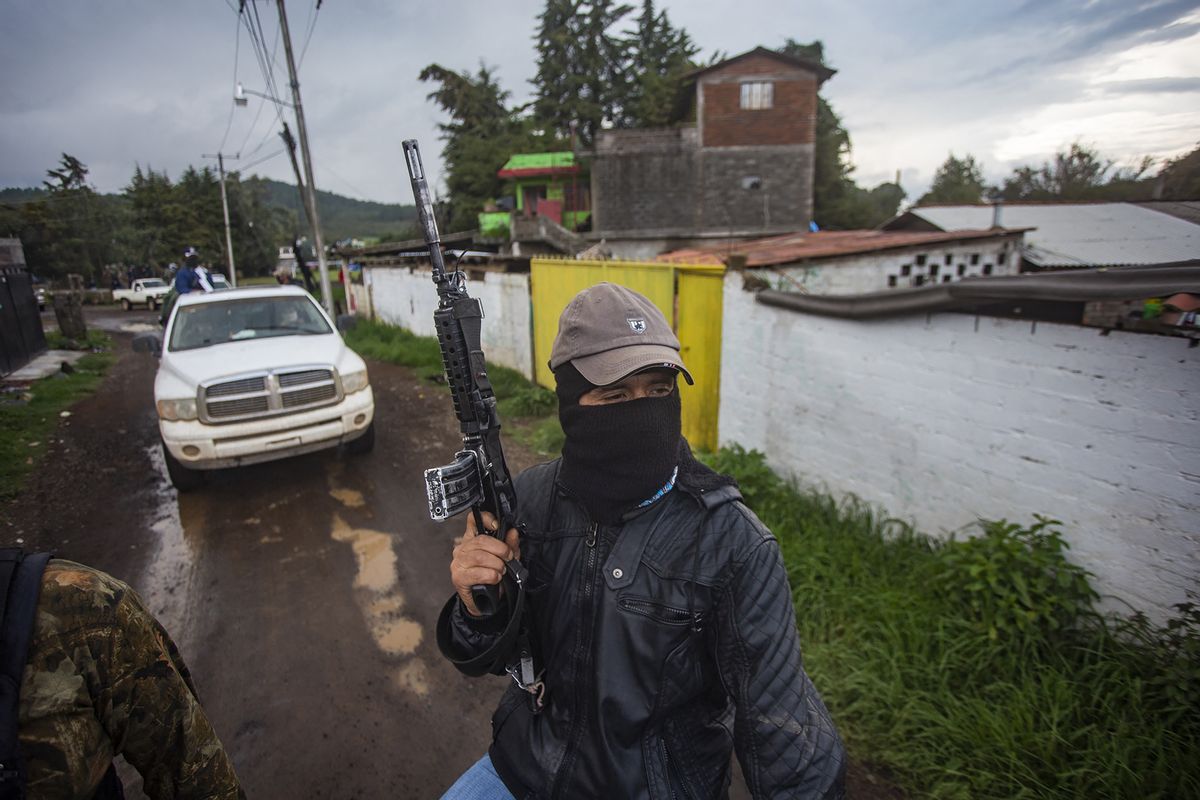 Even as Republican members of Congress accuse Joe Biden of failing to secure the nation's southern border, Mexico is facing a growing problem of securing its northern border. Guns from America are pouring into Mexico, arming violent drug gangs.

Mexico has tried just about everything to stop the flow of firearms from the north – passing strict gun control laws, imposing stiff penalties on traffickers, and pleading with U.S. authorities to stop the trafficking – but nothing has worked. So now it's doing what any litigious American would do: it's suing.

Mexico announced Wednesday it's seeking at least $10 billion in compensation from America's 11 major gun manufacturers for the havoc the guns have wrought south of the border. It alleges America's gunmakers know their products are being trafficked to Mexico and are expressly marketing their weapons to Mexican criminal gangs – designing guns to be "easily modified to fire automatically" and be "readily transferable on the criminal market in Mexico."

The deluge of firearms from the United States to Mexico – on average, more than 500 every day – is contributing to mayhem there. Killings have become a routine part of the Mexican drug trade. In Mexico's recent midterm election campaign, 30 candidates were gunned down by criminal gangs. In 2019 alone, at least 17,000 homicides in Mexico were linked to trafficked weapons.

Yet Mexico's lawsuit is likely to face tough going in the United States, where the easy accessibility of guns is also wreaking havoc but where gun ownership is considered a constitutional right and gun purchases are skyrocketing.

In addition, American gunmakers have erected a fortress of legal protections. In 2005, the gun lobby got congressional Republicans to enact the Protection of Lawful Commerce in Firearms Act, banning most lawsuits brought against gun manufacturers for marketing and distributing their products.

At a more basic level, American capitalism considers any market to be an opportunity to make a profit. After all, a buck is a buck (or, more precisely, 19.98 pesos, at today's exchange rate). In America, buying and selling are hallmarks of freedom. For government to prohibit a sale is to intrude on the "free market." For another government to bar its consumers from buying American goods is to violate "free trade."

Alejandro Celorio, a legal advisor to Mexico's foreign ministry, estimates the damage to the Mexican economy caused by trafficked guns to total 1.7% to 2% of Mexico's gross domestic product. What's left unsaid is that Mexico's illicit drug business is also a boon to the Mexican economy, adding billions of dollars each year in foreign sales, mostly to American consumers eager to buy thousands of kilos of methamphetamines, heroin, cocaine and fentanyl each year.

Freedom of contract, it's called. We sell them guns that kill them; they sell us drugs that kill us.

But this isn't trade in goods. It's trade in bads. There's death on both sides.

The merchants of such death – American gunmakers like Glock, Smith & Wesson, Beretta USA, Barrett, Century International Arms and Colt; Mexican producers of methamphetamines, heroin, and fentanyl; and the wholesalers and traffickers connecting buyers with sellers on both sides of the border – are making piles of money. Free market ideologues will argue that as long as everyone is getting what they want, these trades are efficient. Yet vast numbers of people are dying.

The Republicans who protect gun manufacturers and who are criticizing Joe Biden for failing to secure the southern border from migrants who are desperate to come to America should take note of this tragic irony.

The flood of guns from America into Mexico is helping fuel much of the crime, violence, and corruption pushing thousands of Mexicans to seek a better life north of the border.

It's also enabling the flow of dangerous drugs from Mexico to America that are killing hundreds of thousands of Americans, many in states and congressional districts represented by those same Republicans.

Guns, dangerous drugs, and desperate migrants are inextricably connected. The answer to solving one of these problems lies in responding to all three.