To some, turmeric is a buzzy New Age ingredient. To me, it represented so much more — medicine, faith and home 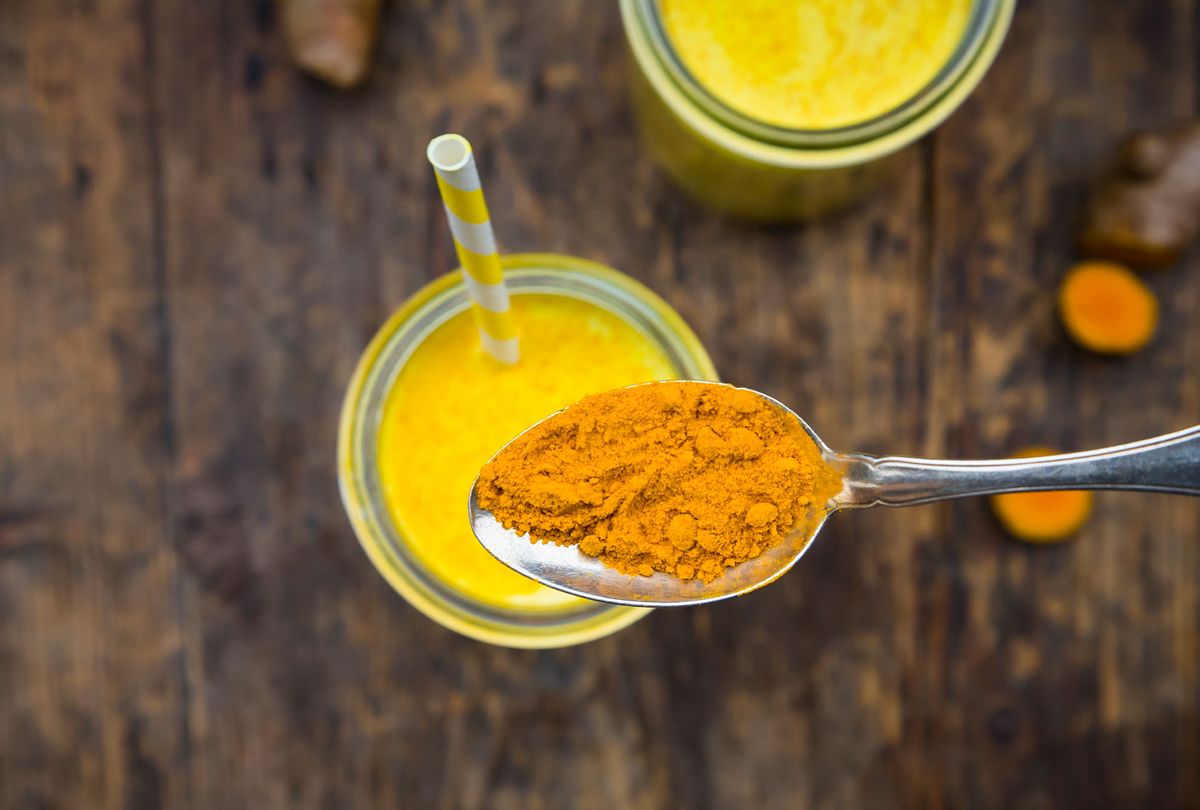 In 2014, I was working in a state mental hospital that had been recently transformed from a fearfully dark and dismal place, to — $100 million and a few years later — a showplace full of light, peaceful corners looking out at green spaces. The units were built to include porches with hammocks and rocking chairs that could be used even in the winter months, along with the large courtyards where psychiatric patients could play musical instruments and sing songs in summer and spring, including songs of protest, violence or sexuality and simply be free.

There were meditation classes and groups of every kind, art on wide walls, patient-drawn murals, even pizza ovens in the patient-run kitchens, where patients could cook and share food, making at least part of the inpatient hospital feel like a bed and breakfast, some patients said.

The point was to make the hospital a place to live for patients who, in several cases, had survived serious suicide attempts, tried to (or actually did) murder key people in their lives or simply weren't able to live in the community on their own. And after periods of trying to manage — often punctuated by brief community hospital admissions, followed by terrible, almost irrevocable events —they themselves wanted to be sent to state, though not to just any state hospital. They wanted one where there was a nice gift shop operated by patients who were paid for their efforts, a greenhouse and gardens where they could grow organic food and have 24-hour access to health care providers, all of them eager, like I was, to work there daily.

While in this setting, I found myself increasingly interested in the tools, recipes and resources that went into supporting the Recovery Model —  a holistic, person-centered approach to mental health care — of this reformed institution. However, there was an undeniable trace of the New Age to all the yoga, chanting and Birkenstocks I saw around me to which I couldn't quite relate or understand.

But then again, unlike most of the white people saying "Namaste" around me, I had actually been on Hindu pilgrimage, more than once, to places where not only was there yoga, chanting, chappals, the Indian precursor to Birkenstocks — but where turmeric wasn't just an ingredient in the "golden milk" that has become increasingly popular in wellness circles. In my life, I'd seen hard little rocks of turmeric, the yellow color smeared across faces, atop the images of divine statues and garlanded.

I had woken up to temple bells in what felt like the middle of the night, as a child only a few years away from having my head shorn, my hair offered (the thala neelala) to the Lord of the Seven Hills, Tirupathi, whose black stone statue is decorated with turmeric, along with white rice powder and vermilion powder, a form of turmeric that is dried and then treated with lime, which renders the bright powder not only a deep, staining red, but harmless, and even soothing, to bare human skin.

I felt, and still feel, torn between my slightly annoyed critique of inauthenticity — of white appropriation of Hindu and Buddhist traditions — versus my equally-strident critique of what mental health treatment was like before the New Age concoctions, including "calming turmeric milk for energy," and all the other compassionate infusions.

I wanted renovated recovery centers (which no longer bore the name nor stigma of being called state facilities) that had pizza ovens and yoga and meditation sessions for the patients on big front lawns. I loved the fact that patients could make and drink Golden Milk or buy the highly overpriced boxed version of the manjel milk my mother made for me when I was a child, the ultimate cure for a sore throat or a stressed-out mood. I appreciated that residents could have personal boxes of such treats held for them in the fridges in the community kitchen or nurse's station — somewhere safe where they could store wholesome goods, including organic turmeric, sent by their families as a reminder that there was still a vibrant life outside, waiting for them to eventually rejoin.

I didn't grudge anyone the benefits of turmeric either; it's shown to have anti-inflammatory properties, and acts as an antioxidant via its key component, curcumin. For centuries, it's been recognized as beneficial by practitioners of Ayurvedic medicine. The taste of turmeric, unlike cumin, curry powder, chili or ginger, is extremely neutral. It can be added to sweet foods, like warm milk with honey, or used to enhance the taste of vegetable curries, like aloo gobi, a cauliflower-potato curry that's distinctive for how the turmeric turns the small blooms and diced potatoes from white to deep yellow.

The turmeric itself is most often used as a powder, ground up from a root; a rhizome plant that, according to historians of medicine, was used in as far-flung regions and time periods as 18th century BCE Babylonia, to the Middle Ages by Arab traders along the Silk Road.

For as long as I can remember, manjel milk was the home remedy when I had a bad cold as a child, a mild sore throat, or severe insomnia. My mother, a pediatrician in a public health clinic, believed in using manjel —the word for "yellow," the color of the turmeric spice, but also for the color, in general — added to warm milk, along with honey. In some of the versions I would later make myself, I would include cinnamon and ginger, but my mother liked the simplest, two-ingredient version.

Halthi was the other name for the spice, a Hindi word in my multilingual household, reflective of how my parents had lived in different states of India. This included states like Uttar Pradesh and the dazzlingly-colored state of Rajasthan, with its blue-walled city, where Holi, a religious festival honoring more than one birth of the god Vishnu, preserver of worlds, is celebrated more exuberantly than the rest, and where halthi was also used to make plant-based, edible colors to safely throw on laughing faces and to use for drenching children and their clothing in deep orange, bright yellow and red.

Hidden uses of turmeric include mixing it with yogurt for a homemade facial that, through a benign lens, is meant to only soften and heal sunburned skin. On the more toxic end of beauty, it was a plant-based skin lightener, meant to be used in combination with Fair and Lovely and all the other skin-lightening creams I was encouraged to use even as a child. Surely Golden Milk, marketed as a kind of nutraceutical, a spa food — like avocado, acai, quinoa or kelp —  is less harmful than the idea of using turmeric to lighten brown skin. And yet the thought of using turmeric only as food or drink, completely stripped of its power to bless, to invoke sacred meanings, is not harmless either.

In the end, by the summer of 2014, just before I left that job at the state hospital because my children, the younger of whom was only two years old by then, couldn't tolerate the time it took for me to commute,

I did find a medium. Sitting at my desk, in between writing up my medical notes, I sipped a warm, homemade turmeric milk drink while listening to American Buddhists, New Agers and mindfulness proselytizers talk about their diverse experiences of meditation and prayer and how these practices healed them. I noticed them often talking in front of shrines anointed, whether they knew it or not, with turmeric powder.

Cultivating an ease that came from both private knowledge as well as a sense of solidarity – particularly with the goals of peace and gentleness — I savored the taste of turmeric, focusing on how my religious faith, as well as my commitment to medicine, meant sharing this unique form of healing gold with outsiders, whether or not they always understood just what it was.

More essays about our relationship to food:

Chaya Bhuvaneswar is a physician and writer whose debut short story collection, “White Dancing Elephants” (Dzanc Books Story Prize) appeared on over 20 "best of" lists, including Entertainment Weekly, Harper's Bazaar, Vulture, Huffington Post, Elle, Buzz Feed, Vogue, Bustle, The Millions, and which was a finalist for a 2019 PEN/ Robert W. Bingham Debut Fiction Prize. She has received fellowships from MacDowell Colony and Sewanee Writers Workshop, had work selected for the Best Small Fictions anthology, and is at work on more fiction as well as a memoir.